Save The Date: Batman And Catwoman Will Tie The Knot This Summer 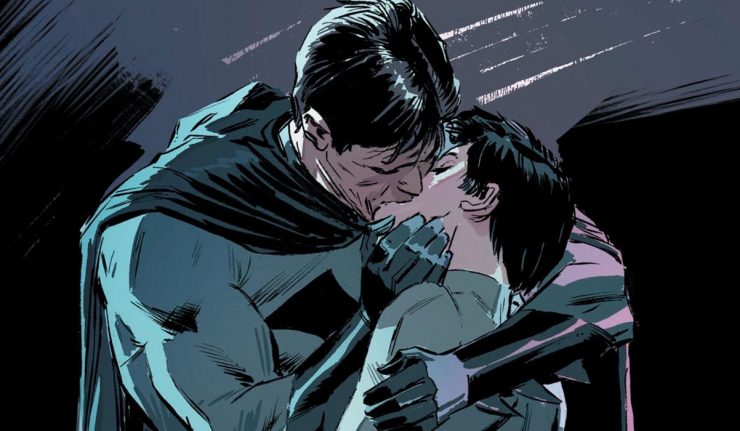 DC would like to cordially invite you to the wedding ceremony of Bruce Wayne (Batman) and Selina Kyle (Catwoman) that will take place this upcoming 4th of July, 2018. The site of the event will be between the pages of a very special issue of Batman #50.

Of course, weddings in comic books are never simple. It seems as though there is someone who is definitely looking to oppose this union and will most certainly not hold their peace: The Joker. In the upcoming issue of DC Nation #0, the issue will feature a short story written by Tom King and illustrated by Clay Mann, the will give DC fans a chance to see what happens when Joker hears about ‘Batsy’ getting married.

In addition, the one-shot will feature the work of Brian Michael Bendis alongside the legendary Spanish artist Jose Luis Garcia-Lopez. The two will be working on a preview of their upcoming mini-series Man of Steel, a new story that will change some things we know about Superman. As to what those changes will be, we will have to wait and see.