Heath Ledger Had Intended To Reprise His Role of The Joker 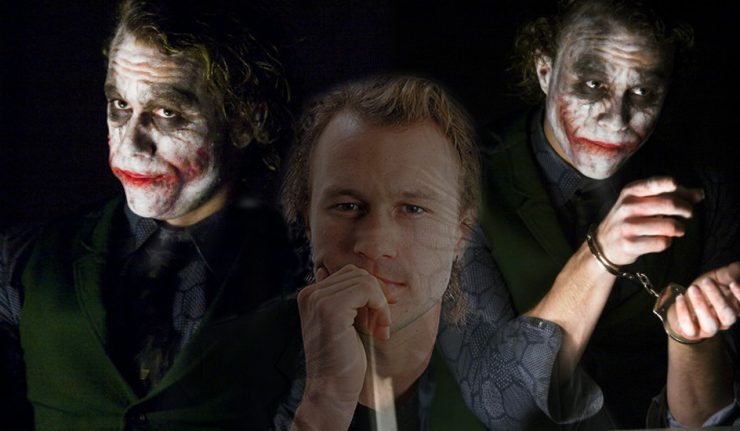 After a chilling performance in The Dark Knight, Heath Ledger was hopeful to play The Joker again in a future Batman movie.  While the performance is widely regarded as one of the best antagonists of all time, providing inspiration for future villains and posthumanously winning an Oscar for Best Supporting Actor, the initial casting decision caused a lot of controversy.  Now many strive to affect as many people with their performances as Ledger did with his performance as The Joker.

A sequel was always in the card, as The Joker does live after the end of the first movie, but after Heath Ledger tragically passed away in January 2008, a sequel never came to be.  Nobody knows for sure whether or not Christopher Nolan would have used Ledger for another movie since the script wasn’t written yet, but out of respect for the late actor, there is no mention of The Joker anywhere in The Dark Knight Rises.

Ledger, however, wanted to play the character a second time.  This is supported by Heath Ledger’s sister Kate who, in an interview promoting the I Am Heath Ledger documentary with news.com.au, talked about their final conversation the night before he died saying,

“I spoke to him the night before (he died) and we were laughing and joking. He was so proud of what he had done in Batman. And I know he had plans for another Batman. He loved working with Chris Nolan and Christian Bale and Gary Oldman. He just had the best time ever doing that film… When he came home at Christmas he couldn’t wait to tell us all about it and he was doing the voice and laughing, showing me all the rushes. We had a great time.”

The series was not confirmed to be a trilogy at the time of the movie’s release, so while many fans have speculated that The Joker would get another role, nobody knows for sure.  After Heath Ledger’s tragic death, however, Nolan had no choice but to exclude The Joker from what would become The Dark Knight Rises.  No recast could have come close to the incredible performance given by Heath Ledger, so Nolan opted to leave the character alone.  Jared Leto is the only live action Joker to follow Heath Ledger, and Leto’s performance in Suicide Squad received a lot of backlash from fans.

When The Dark Knight Rises was later novelized, it was mentioned that he was the lone inmate in Arkham Asylum and that there was a possibility he escaped and is out somewhere, but the future of The Joker in cinema may forever remain a mystery.