“MILK WARS” part two! Mother Panic has discovered a Gotham City transformed. What happened to her family and friends? And who moved into Gather House, the religious school that scarred Mother Panic as a young girl? It’s Father Bruce, the orphan millionaire who decided to give back to society by filling the deep demand for sidekicks. So many Robins in need of a nest! Plus, part two of the Eternity Girl backup story! 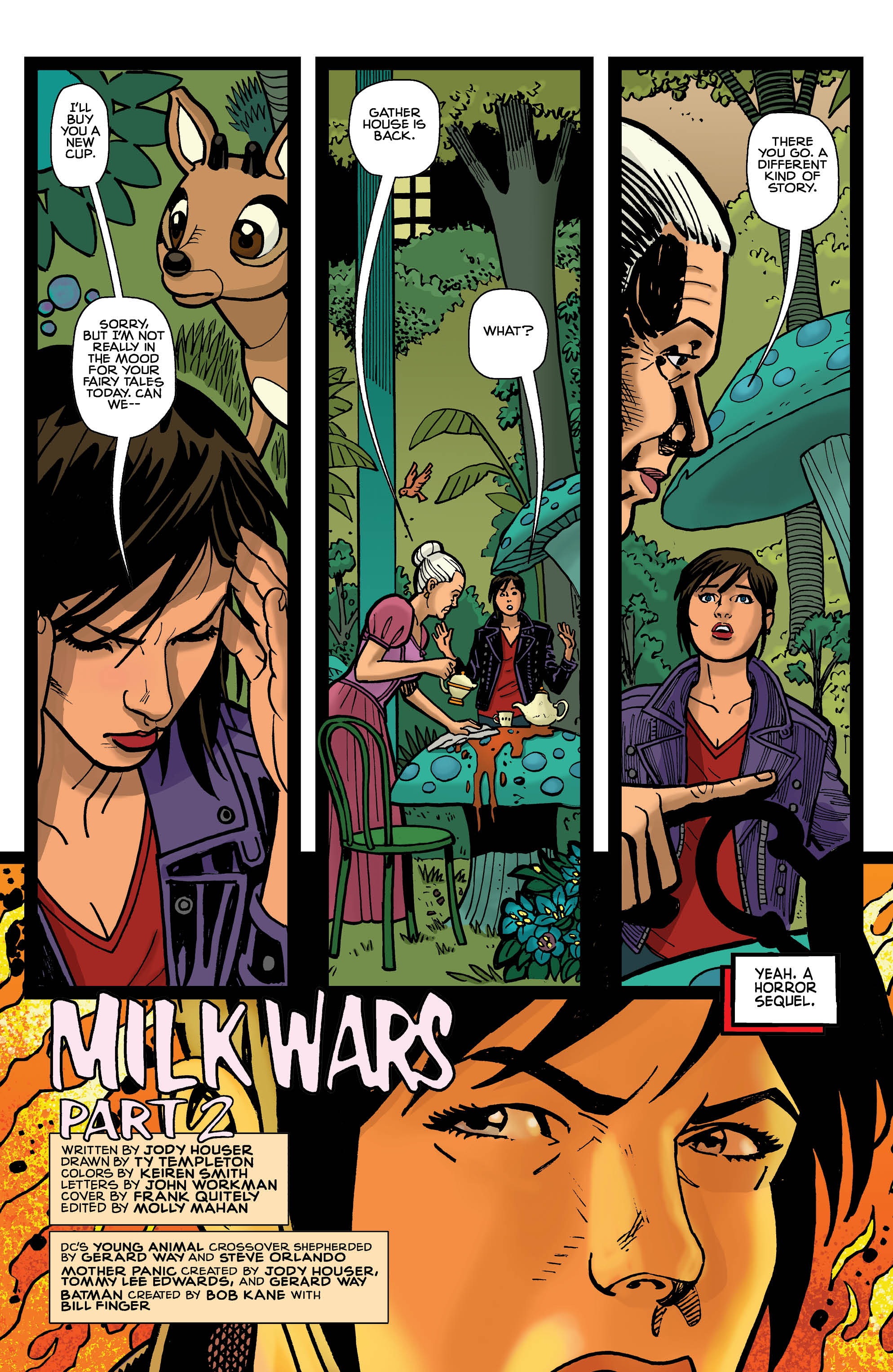 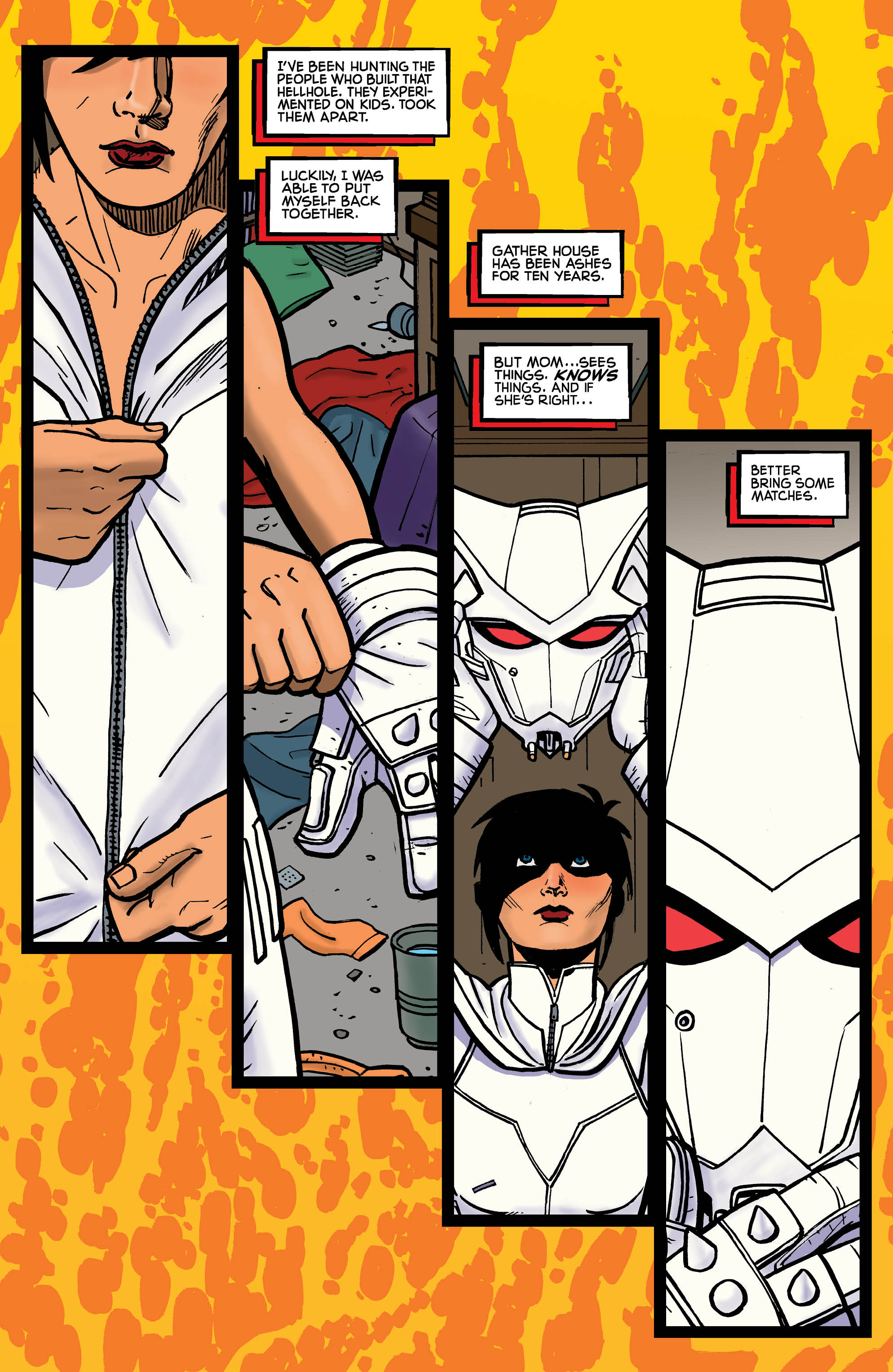 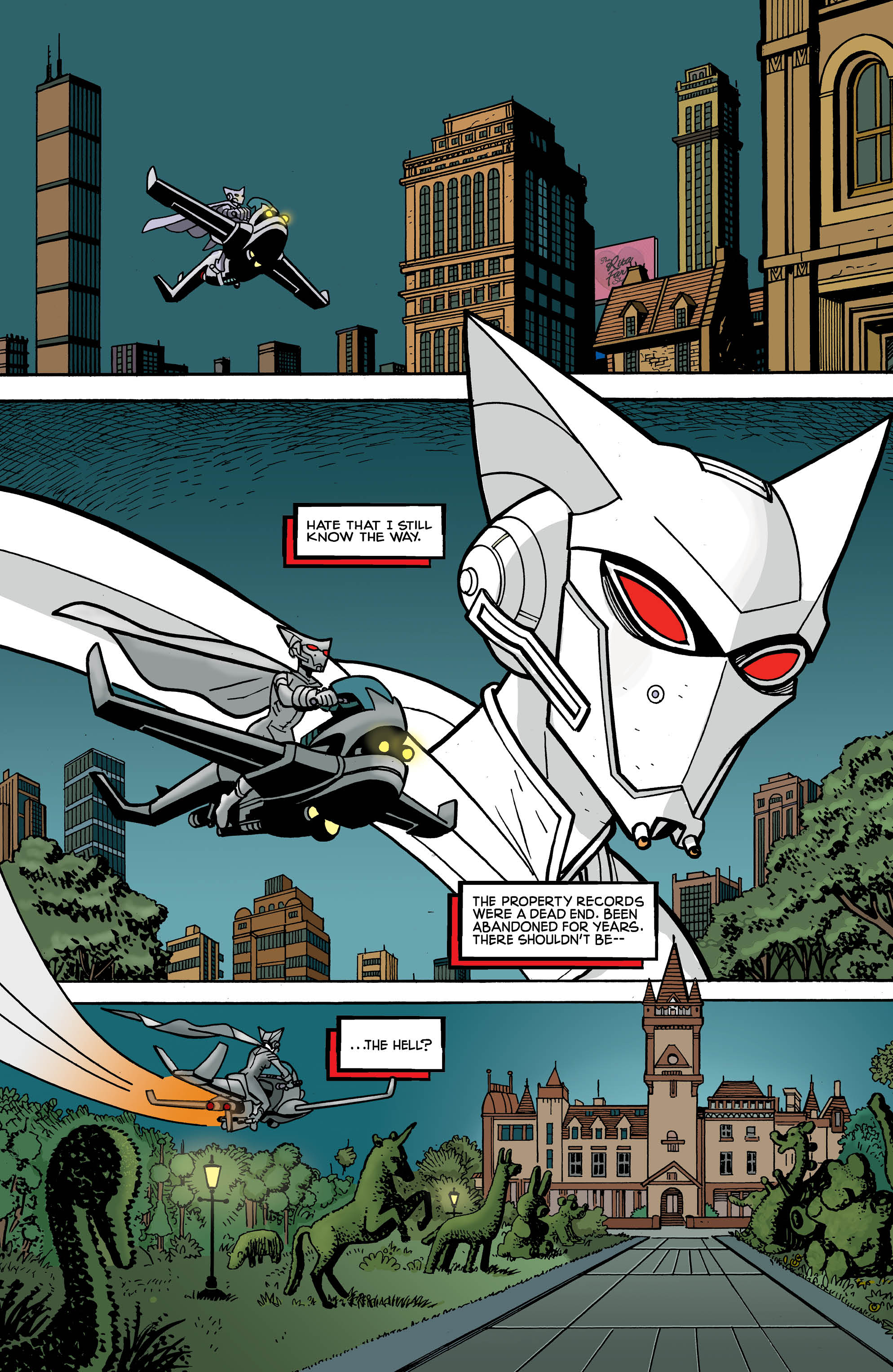 There are some crossovers that make sense.  The worlds of the characters involved mesh well and the characters are tonally similar.  Last week’s Justice League of America/ Doom Patrol Special showed that the Young Animal approach can be a fun romp in the traditional DC Universe.  The Mother Panic/ Batman Special features two characters who are not meeting for the first time.  They’ve meet before in Mother Panic on a couple occasions.  They both operate in Gotham City and their characters are similar in approaches and history.  It’s probably tougher for street level type to handle the wackiness that Retconn has inflicted on the DC Universe, tonally it’s not going to fit their style as well.

However, the Mother Panic/ Batman Special does a solid job of incorporating these two well-paired characters in the “Milk Wars” multi-part crossover. 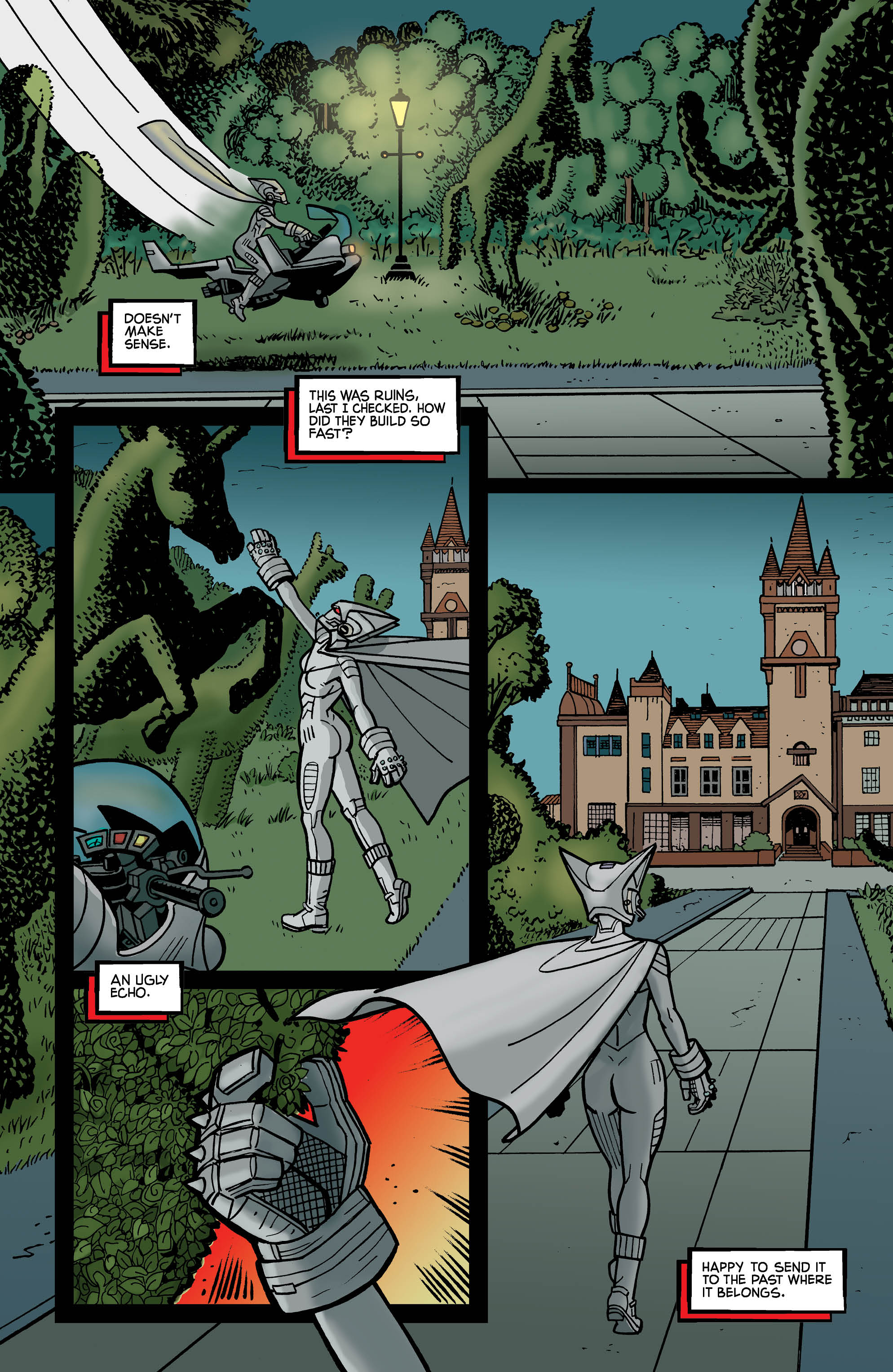 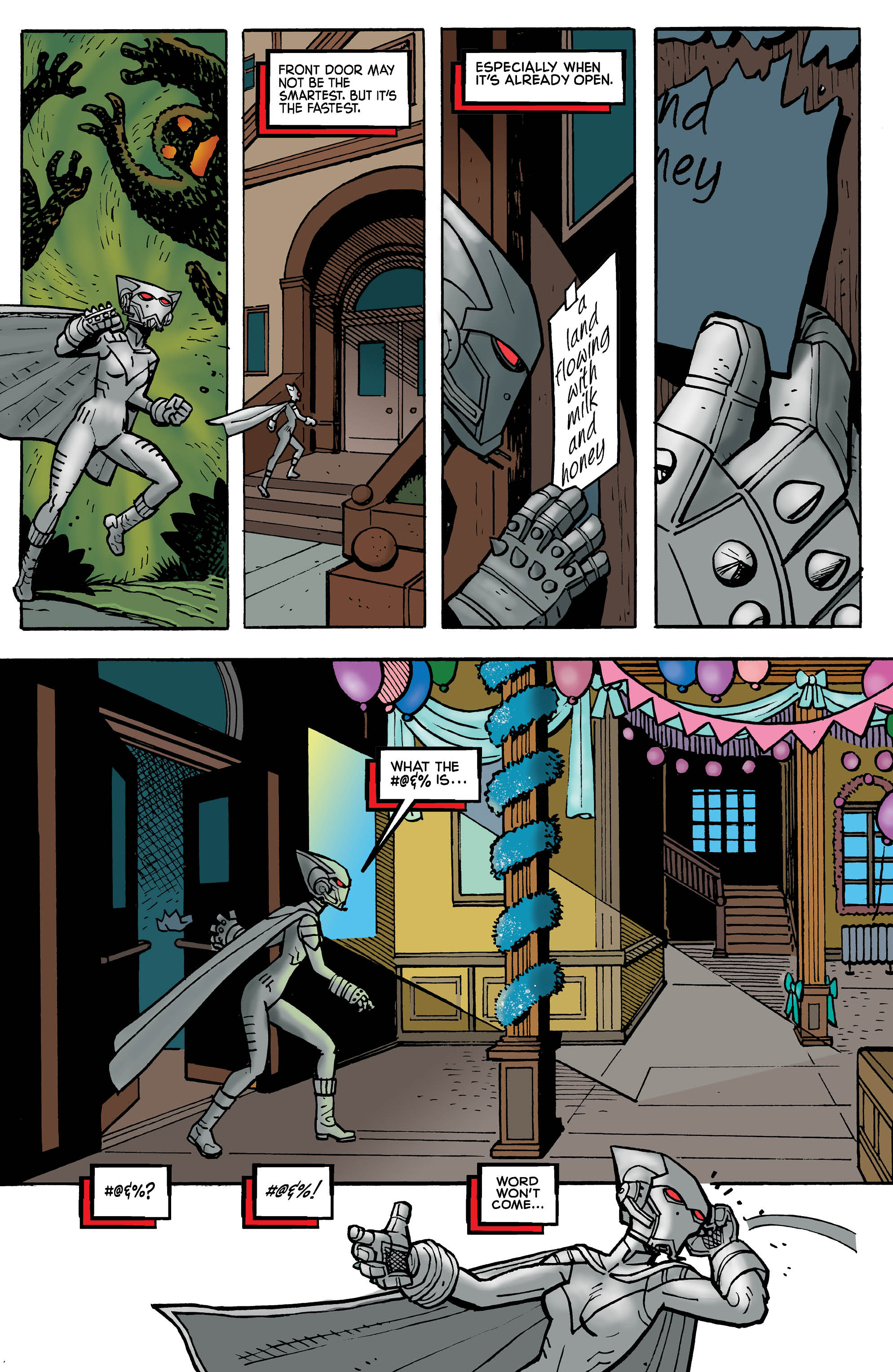 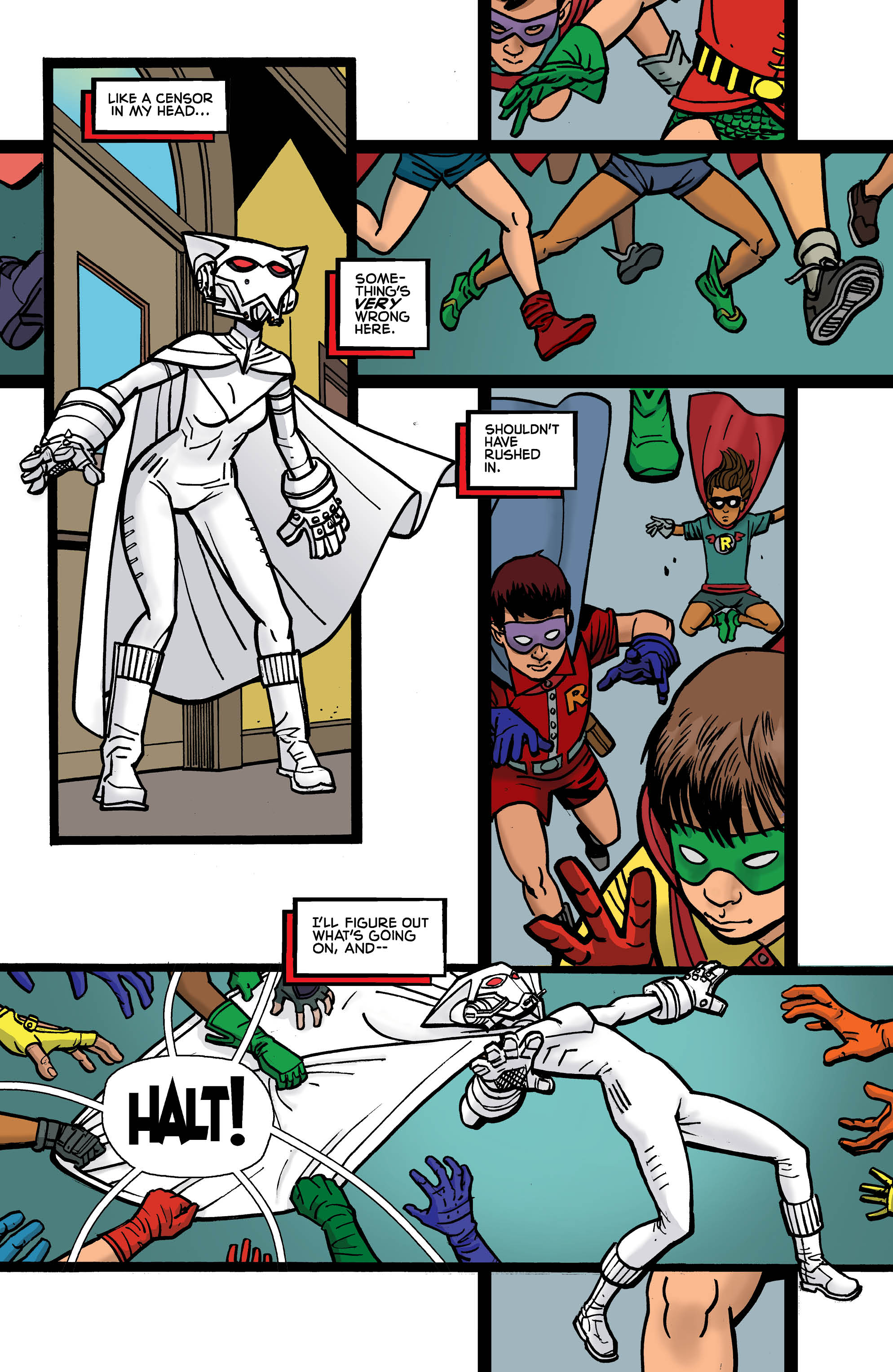 The first thing one notices is the consistent look of this book with the Mother Panic series.  This helps the reader know that this “Milk Wars” crossover is intended to be part of the greater experience of the character and not just a side appearance.  The inclusion of the little girl, Rosie who ends up staying with Violet, is also a plot thread from the regular series.

Making this type of wacky crossover work for decidedly grounded characters like Mother Panic succeeds because the issue relies on Violet’s character. Regular series writer and co-creator, Jody Houser writes this issue and she doesn’t let the crossover overwhelm the book, instead approaching it like any other issue of Mother Panic.  There’s plenty of references to what’s come before and just a hint of what Violet still has to face.

Utilizing Adam West’s TV Batman cowl for Father Bruce is a nice touch.  Father Bruce certainly sounds more like Adam West’s Batman than the Dark Knight of contemporary comics, but it also suggests that this is one of Retconn’s sources for its version of Batman.  We know that Rita Farr was in last week’s JLA/Doom Patrol as a TV star, so there’s even a thematic similarity with that.  It’s clearly the wackiest element in this issue, but it doesn’t get out of control, a tasteful choice by the creative team. 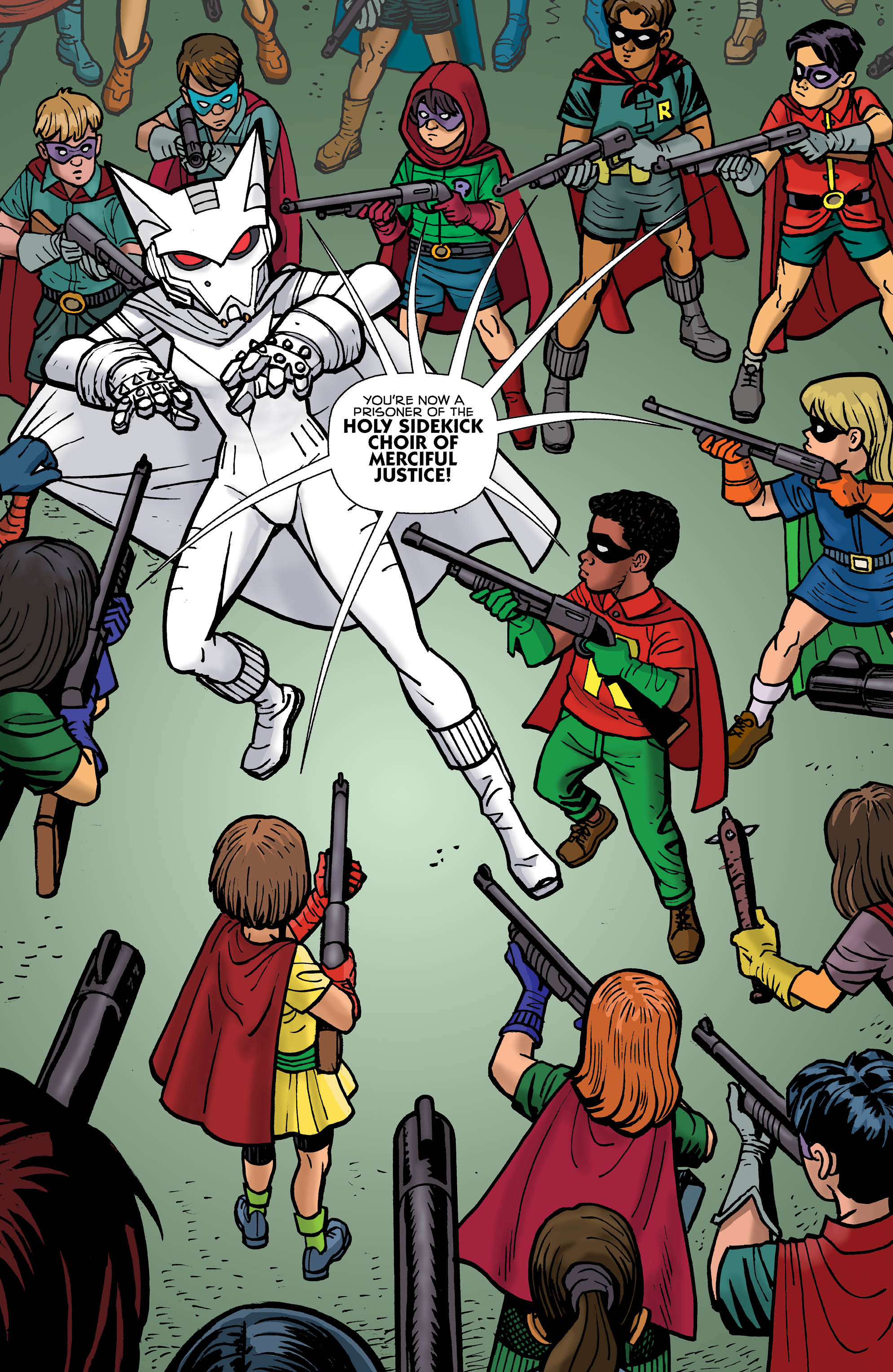 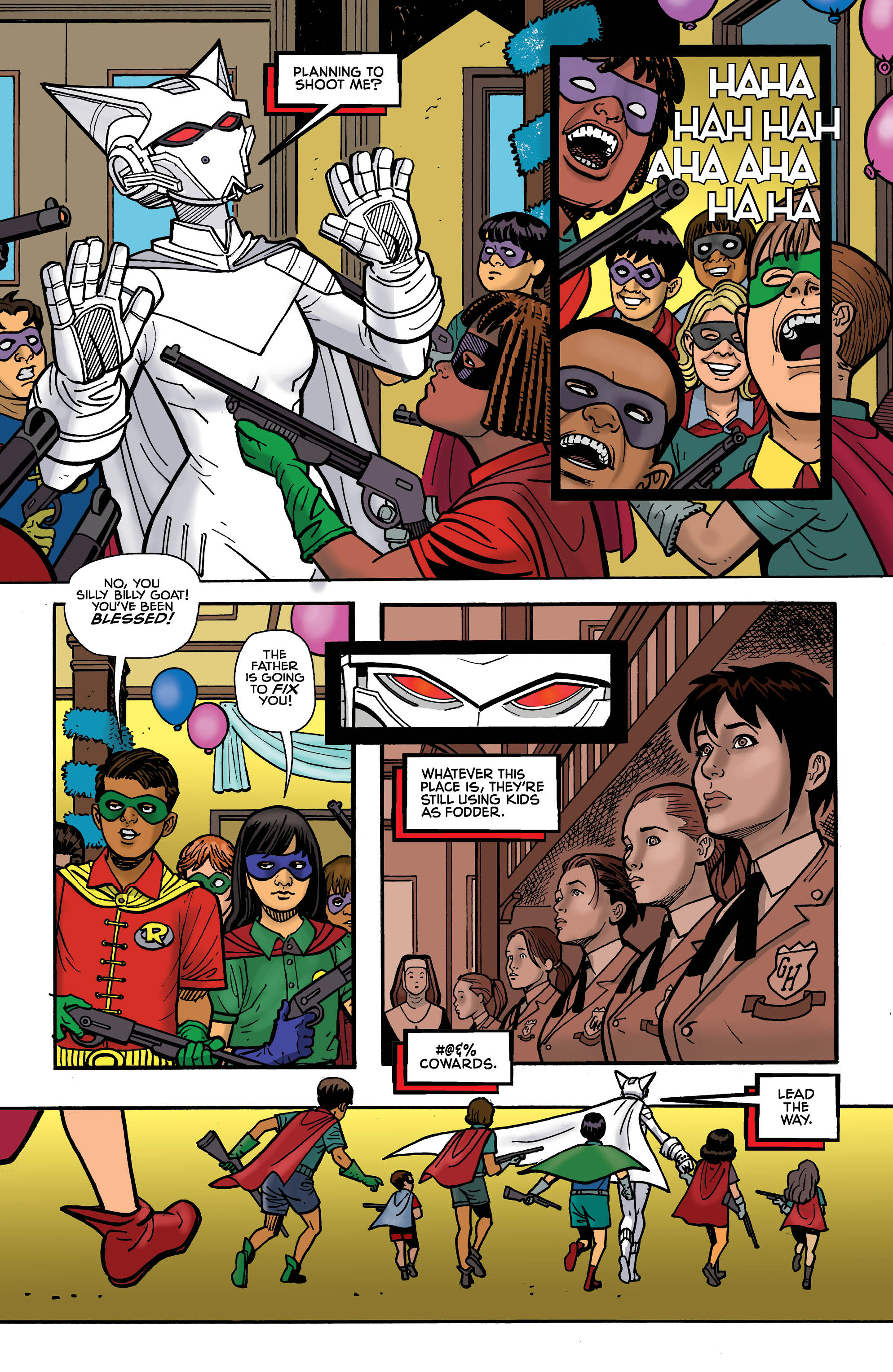 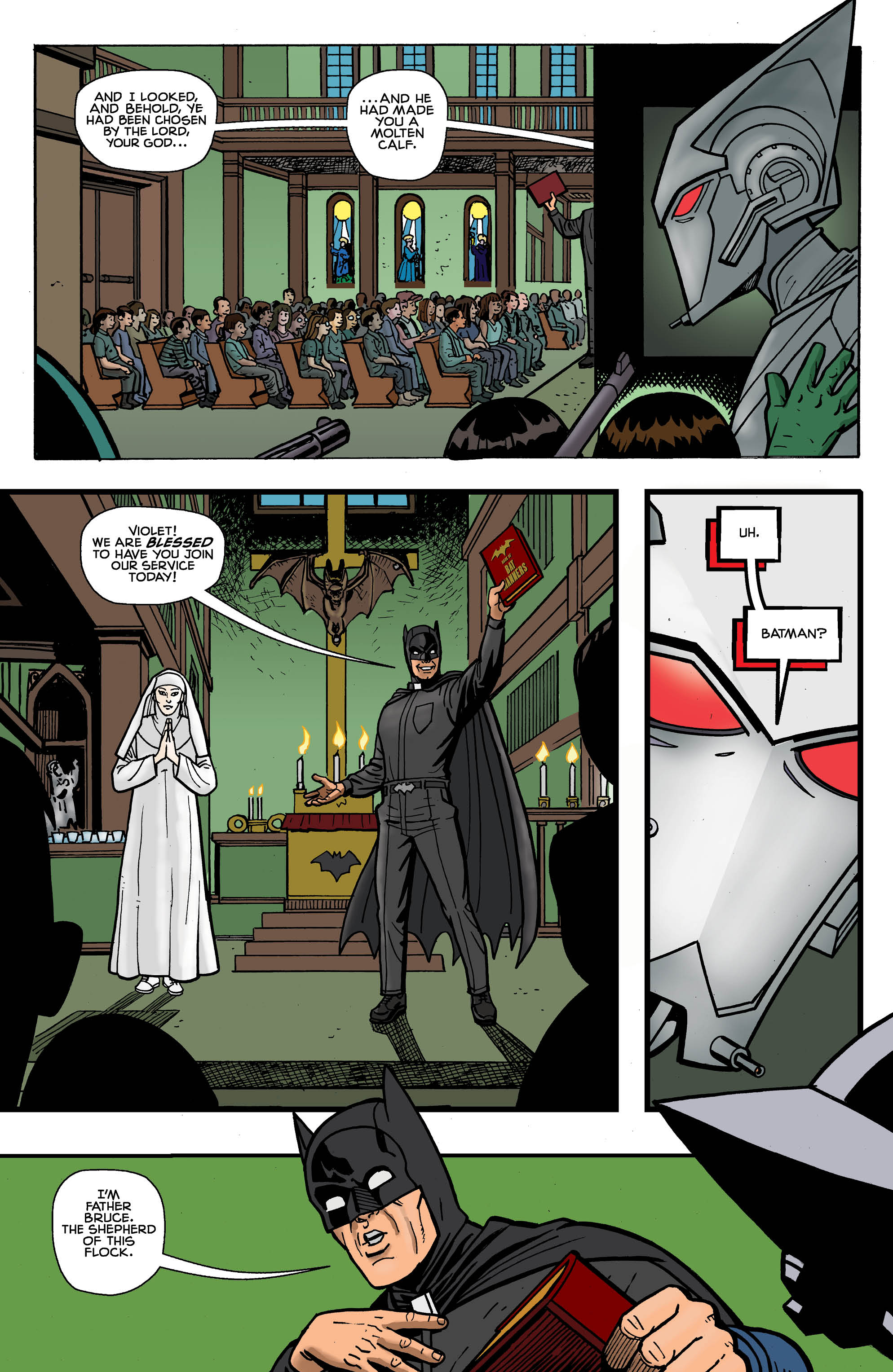 There’s no real negative here, but Violet’s psychological drama could be a bit heavy for some readers.

Despite what may seem like disparate styles, the weird fun of last week’s Justice League of America/Doom Patrol Special finds its own footing in this second chapter of “Milk Wars,” the Young Animal crossover event.  For those worried that the seriousness of Mother Panic will be diluted by the milk, have no fear.  The two styles are balanced and keep Mother Panic on track while giving the Father Bruce Batman an intriguing test drive.