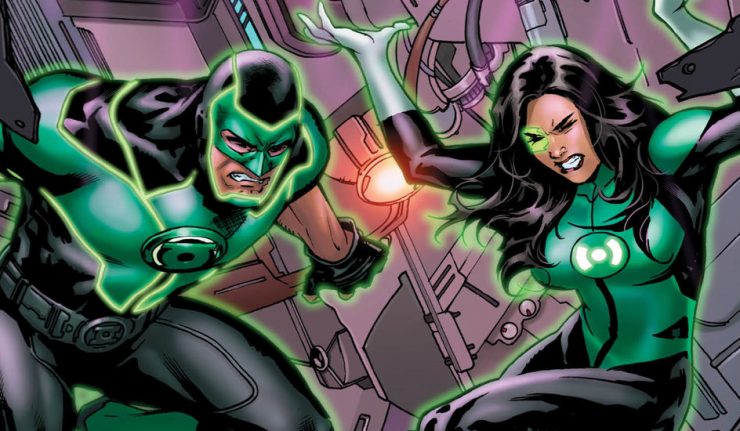 A large number of comics were revealed and canceled on Tuesday when DC Comics’ May 2018 Solicitations were released including the reveal of Green Lanterns Annual #1.  This one-shot is written Andy Diggle and was mistakenly solicited as drawn by Juan Ferreyra.  Many are excited as this annual will be Andy Diggle’s first work for DC since he left right before doing a run in Action Comics in 2013.

Juan Ferreyra, however, is not as excited as he tweeted out that he was only drawing the cover and not the rest of the issue.  DC has yet to comment on this mistake and the original solicitation can be seen below.

GREEN LANTERNS ANNUAL #1
Written by ANDY DIGGLE • Art and cover by JUAN FERREYRA • Retailers: Includes a code for a free digital download of this issue.
Every thousand years, a ceremony is held on a long-forgotten world to celebrate the life of an ancient Green Lantern hero. Simon Baz and Jessica Cruz are chosen to represent Earth at this event, but they quickly learn not all is as it seems. A secret has been buried on this planet, and it’s up to our heroes to find it and put the mystery to rest once and for all!
On sale MAY 30 • 48 pg, FC, $4.99 US • RATED T