Series Finale of ASTRO CITY Pushed Back a Month

It’s been confirmed by DC Comics that Astro City #52 has been officially delayed. This will be the final issue of Kurt Busiek and Brent Andersons superhero series; however, it is scheduled to return in a series of OGNS and even a TV adaptation.

Astro City #51 has already been delayed with a release date of April 4th, the finale will now move from its originally-solicited April 18th release to its new scheduled date of May16th. 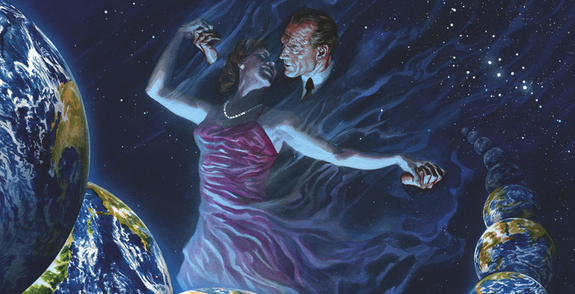 Here is the updated schedule:

Written by KURT BUSIEK • Art by BRENT ANDERSON • Cover by ALEX ROSS
It’s the final issue of ASTRO CITY…for now. Michael Tenicek lost his world years ago. Now he may lose another, as ordinary life among the extraordinary takes a shattering turn. A character-focused finale to the ongoing Vertigo ASTRO CITY series, and a launch point for its new form. Guest-starring the Hanged Man, Honor Guard and more.
On sale May 16 • 32 pp, FC, $3.99 US • RATED T • FINAL ISSUE

Becoming Batman: Eating and Training to be the Dark Knight