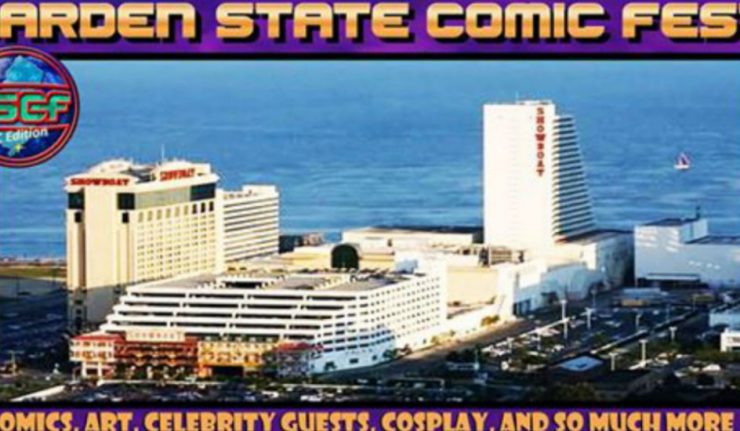 DC Comics News will be on the road this weekend to the Garden State Comic Fest (April 7th & 8th), located at the scenic Showboat Hotel in Atlantic City, New Jersey!

If your looking for comics, cosplay, toys, original art, or just a fun time out with the family (kids 13 and under are free), Garden State Comic Fest has it all!

Hundreds of dealers will on hand and well stocked for all of your collecting needs! Artists, writers and celebrity guests will be available to sign autographs, and celebrity photo-ops will be offered as well.

I’ll see you at the Garden State Comic Fest!