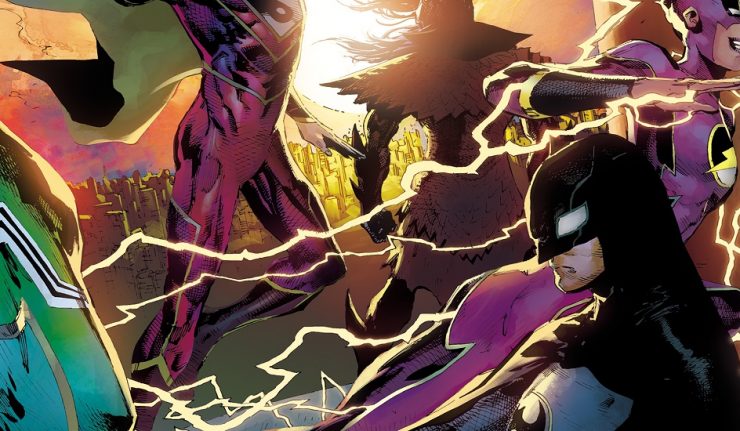 “SEAS OF CHANGE” part three! The saga of the Aqua-Man of North Korea crashes to a close! As the Justice League of China heads off an international incident on their shores, our heroes discover that sometimes villainy is only a matter of perspective—and reasoning with North Korea’s most menacing metahuman and his marine militia may be the only hope both countries have of survival!

In the first few pages, we get to see the banter between the Chinese Batman and Lady Green Snake, akin to ones between Batman and Wonder Woman, as to the fact that Deilan and Baixi like each other but nowhere near the flirtation as Diana and Bruce.

This book continues to give us a different look at some familiar DC characters, as we get introduced to the Green Lantern Corps of China, who act even more like police than John Stewart or Kilowog would ever. They have been on the hunt for the JLC since the team split from the Ministry of Self Reliance, a rather different relationship to governments than the JLU.

This book is not only the Eastern version of the heroes we have come to love, but in many ways it gives a different and even more interesting narrative.  So if you’re look for something new, give this one a read. 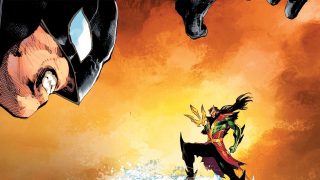 Review: New Super-Man and the Justice League of China #23 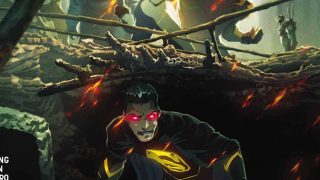