“THE END OF FOREVER” part one! There is a secret history to the DC Universe of heroes who have protected humanity from the shadows since the dawn of time…and who can live forever. Enter the Immortal Men! The team, headed by the Immortal Man, has waged a secret war against the House of Conquest for countless years—but Conquest has dealt a devastating blow. When their base of operations, known as the Campus, is savagely attacked, the Immortal Men must seek out their last hope—an emerging metahuman known as Caden Park! Caden’s emerging powers may be able to ensure the Immortal Men’s survival—but will Conquest get to him first?

This new series introduces us to Caden Park, a teenager who is having dreams about a mysterious place called “the Campus,” where teens with “special abilities” are fleeing towards. However, most die before reaching this refuge – but Caden does.  Caden also sees a man with that he describes as having “incredible, impossible eyes.”

Then Caden starts seeing this man while awake. He doesn’t know who this stranger is, but longtime DC readers will recognize him as Vandal Savage – one of DC’s top villains. Savage is immortal, having lived since caveman days.

Savage’s arch-enemy is another old, but lesser known DC character known as the Immortal Man. The Immortal Man shares Savage’s, but his immortality works differently. Savage is undying, but the Immortal Man overcomes death by reincarnating into a new life, but retaining memories of his previous lives. 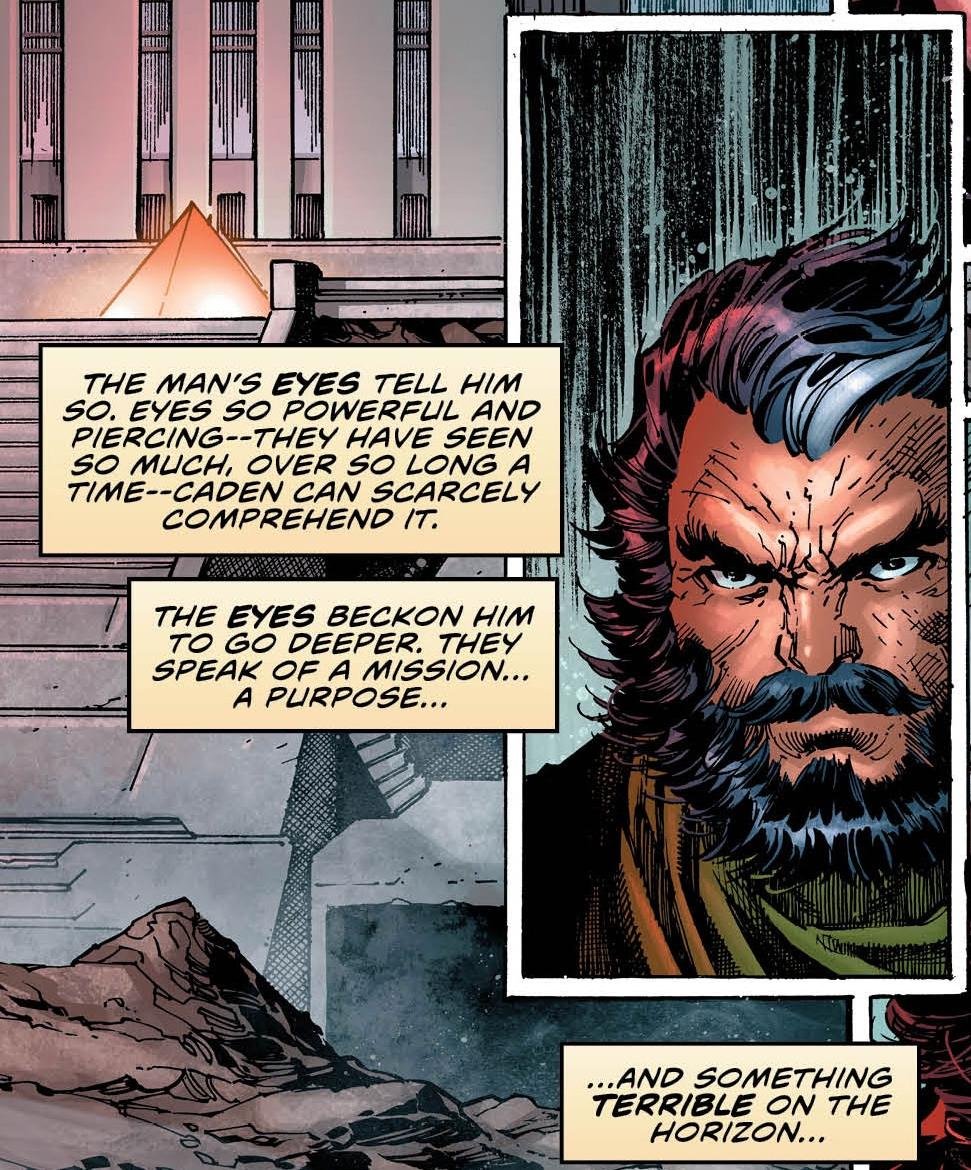 Another heavy-hitter villain that makes an appearance is “The Batman Who Laughs,” straight from the pages of Dark Nights: Metal. If Savage wasn’t bad enough the Immortal Men also have a deranged Bruce Wayne doppelgänger.

Most of the other characters on the Immortal Man’s team make their very first appearance in this issue. Although we don’t get learn much about them, we see enough to pique our interest. I find Ghost Fist the most intriguing so far, but I look forward to learning more about all of them.

Likewise, we are introduced to a number of new villains, but only get a brief, teasing glimpse of them in action.

Also, I can’t help thinking that Mitch Shelley, the Resurrection Man, will show up. This seems almost inevitable, considering the title is based around the concept of immortality.

By the nature of how his powers work, the Immortal Man is hard to use effectively in a story, unless the story involves time travel. In one old story, when he belonged to the team The Forgotten Heroes, his powers were demonstrated by him dying, then a future reincarnation using a time machine to rejoin the team in the present.

Does this mean that the stories in this title will span multiple eras, whether through flashback (or flashforwards) or time travel. Or perhaps Tynion has figured out another way to make effective use of Immortal Man?

Also, as this is a regular-sized issue, with a huge cast of characters, we don’t get much of a chance to get to know any of the new characters other than Caden Park. And Immortal Man is absent entirely from the issue – or is he? Could Caden be his most recent reincarnation that hasn’t remembered his previous lives yet? 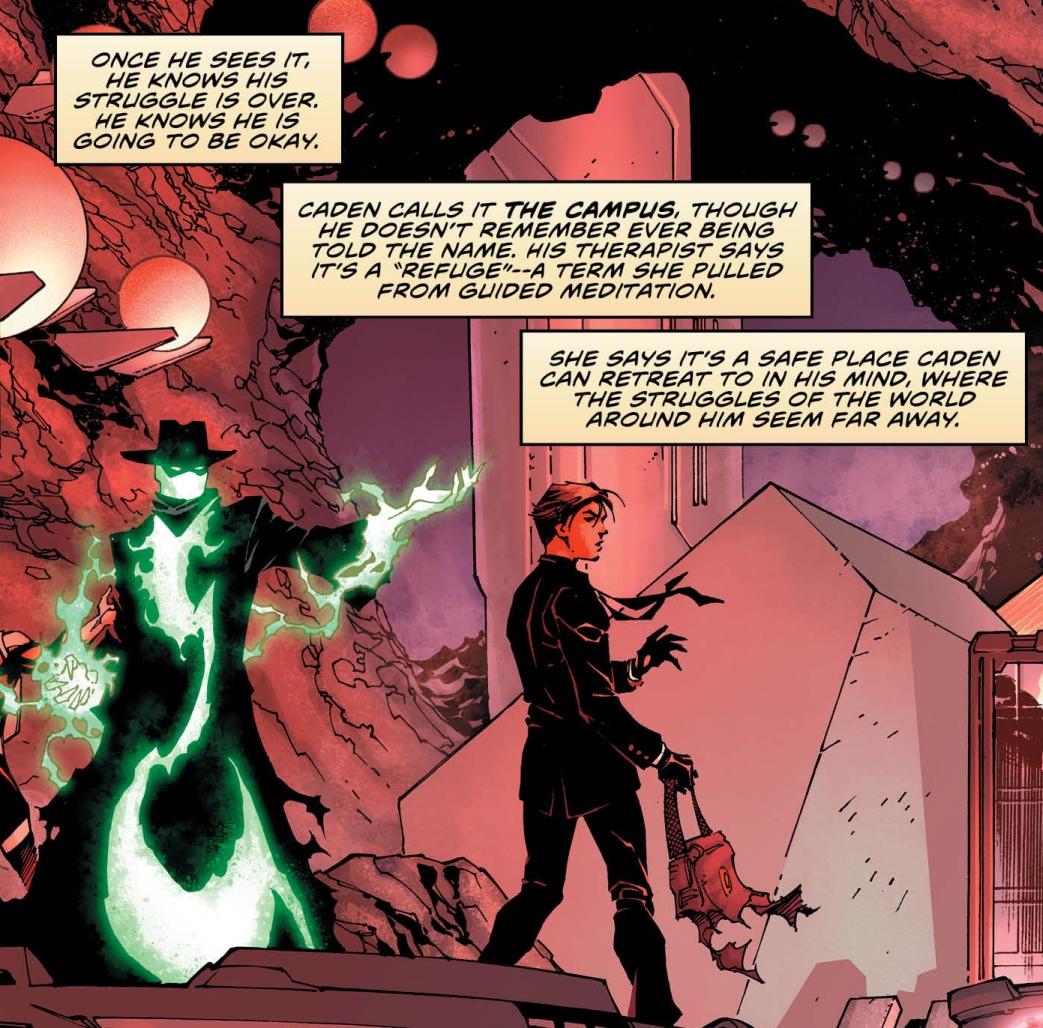 Despite only getting a brief introduction to most of the characters, the issue serves as an excellent teaser for the series, promising that we will learn more about these fascinating heroes as the title continues.