Supergirl tries to protect Director Bones from a mystical assassin while also trying to reveal Bones’ crimes to National City.

I like the cover by Robson Rocha, Daniel Henriques and Michael Atiyeh. This team has a colorful and energetic style. It’s a cover that stands out. 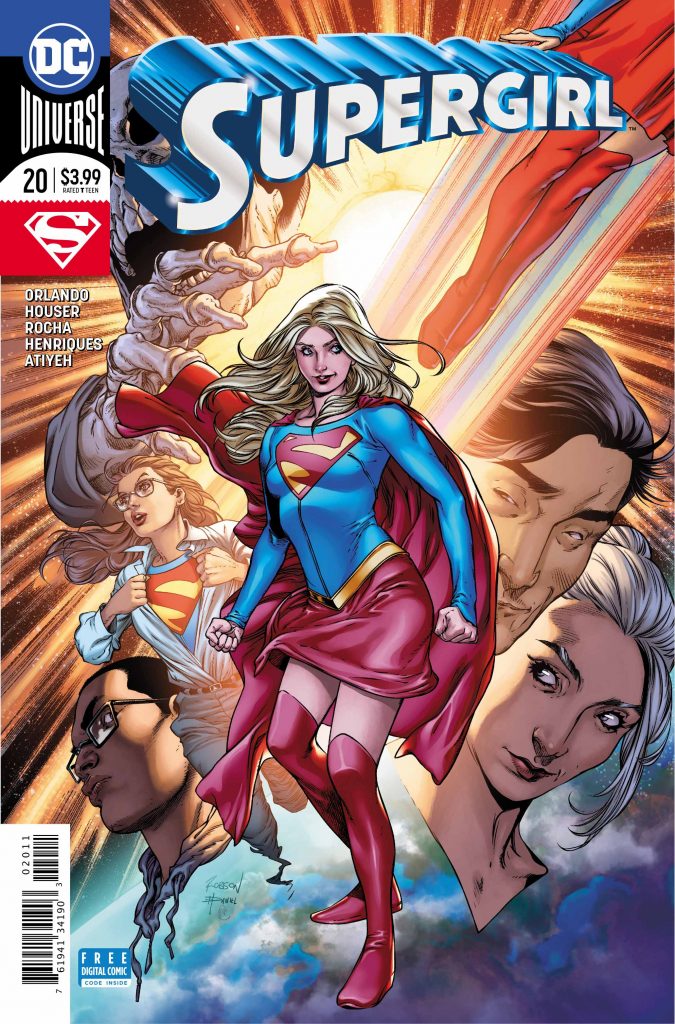 The interior art features pencils by Rocha, inks by Henriques and colors by Atiyeh. My compliments to the cover apply to the art throughout the issue. It’s a fun book to look at and the art sets a nice tone.

While I like the cover, I do think it’s cluttered. The floating heads all look strange to me. I’d love to see a version that was just Supergirl.

Turid, the one trying to kill Bones, feels so random to me. She comes in out of nowhere throwing her axe around. To me, I think the writers wanted the issue to have a lot of action but couldn’t have that with Bones. Their solution was to utilize a set-up for a new comic series coming out later and it doesn’t work.

The action itself is kind of boring. The only stakes in the fight are the lives of the villains who I don’t care about. I guess Supergirl is fighting for her beliefs but it feels kind of generic.

I had a tough time getting through this issue. It’s not bad but it is boring. The fight between Supergirl and Turid takes up the majority of the issue and it’s deeply uninteresting. It certainly looks nice; the art is great. But there is no tension and the issue feels hollow.