DC Has The Power! Injustice Vs. He-Man And The Masters Of The Universe Announced 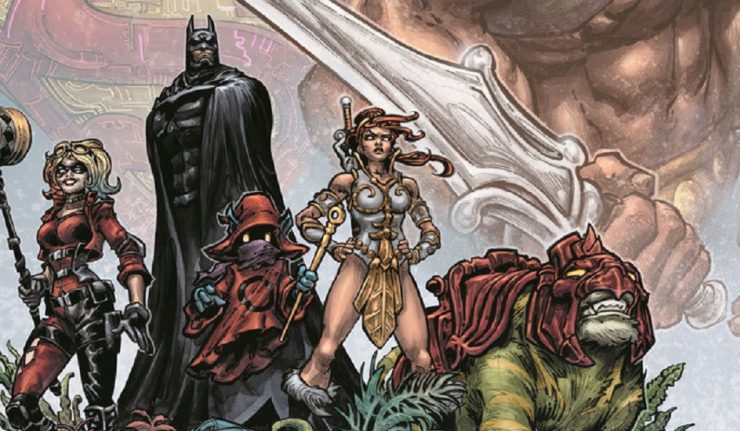 The series has a very noteworthy team at the helm with Tim Seeley, who you may be familiar with from DC titles such as Grayson, Nightwing, and Green Lanterns, and Freddie E. Williams II, who is familiar with both the Eternia universe and crossovers from his work on titles such as He-Man/Thundercats, Batman/Teenage Mutant Ninja Turtles, and Batman/Teenage Mutant Ninja Turtles II, as the artists.

The summary released by DC Comics is detailed below.

“Believing He-Man and the Masters of the Universe defeated, a robotic impostor has seized control of Eternia—but not for long! After freeing his kingdom from this strongman’s rule, He-Man learns not everyone is pleased to see the pretender deposed—but Adam knows the value of freedom. When heroes from another dimension ask his aid in deposing a superhero turned dictator, he agrees. Teaming up with Batman against the Superman of the Injustice Universe, He-Man and his new allies face dangerous and familiar enemies in a battle where no world is safe!”

Injustice Vs. He-Man and the Masters of the Universe #1 will arrive in stores and online on July 18, 2018.