Taj attempts to take Boston to see Rama Kushna.  Zatanna, the Spectre and Dr. Fate try to stop Taj so they all can come with.  None of their powers work now in Nanda Parbat.  As Taj ushers Boston forward he finds that he cannot enter as well.

Boston comes face to face to face with Rama- learning that Rama has two distinct faces, based on one’s perspective.  As Boston questions Rama about his summoning to this place a nonsensical argument follows.  Rama’s not quite sure why Boston is there and she claims to have been completely honest with him about everything.  When he brings up the talking tree, Rama calls out her assistant, Tatsinda who it seems masqueraded as Rama in the tree to lure Boston to Nanda Parbat. 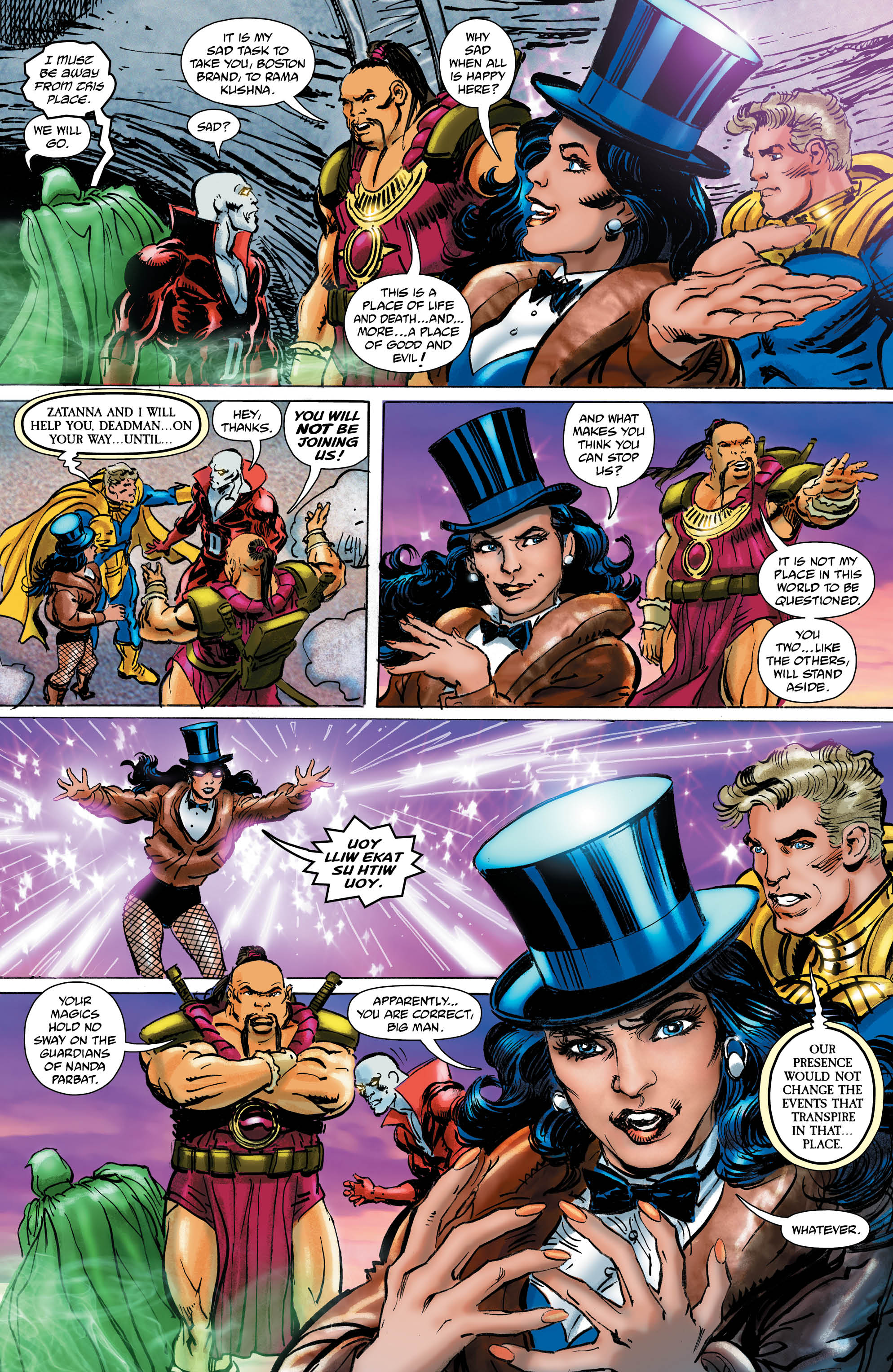 Boston demands answers of both of them- his brother Aaron?  Oh, he’s become Ra’s al Ghul.  His sister Zeea?  Zeea?  Zeea who?  Oh, that Zeea!  They aren’t forthcoming.  But, Tatsinda does tempt Boston with saving his own life.  You see, he’s not really dead.  His real body is lying right over there, with the bullet poised to plummet into its chest.  All Boston has to do is tell her to stop it.  He does, but before she can make it permanent questions Tatsinda on the real cost of all of it, besides losing Deadman’s powers.  Then, as she turns he pulls her cloak revealing…. Some weird emaciated cat creature that looks like it wandered out of a Star Trek the Original Series episode.  Questions, only more questions.

As one would expect by now, the biggest upside to this title issue to issue is Neal Adams’ beautiful artwork.  It’s  wonderful thing to see Mr. Adams work on the page on a monthly basis.  From his figures to his layouts each page is a joy to behold. 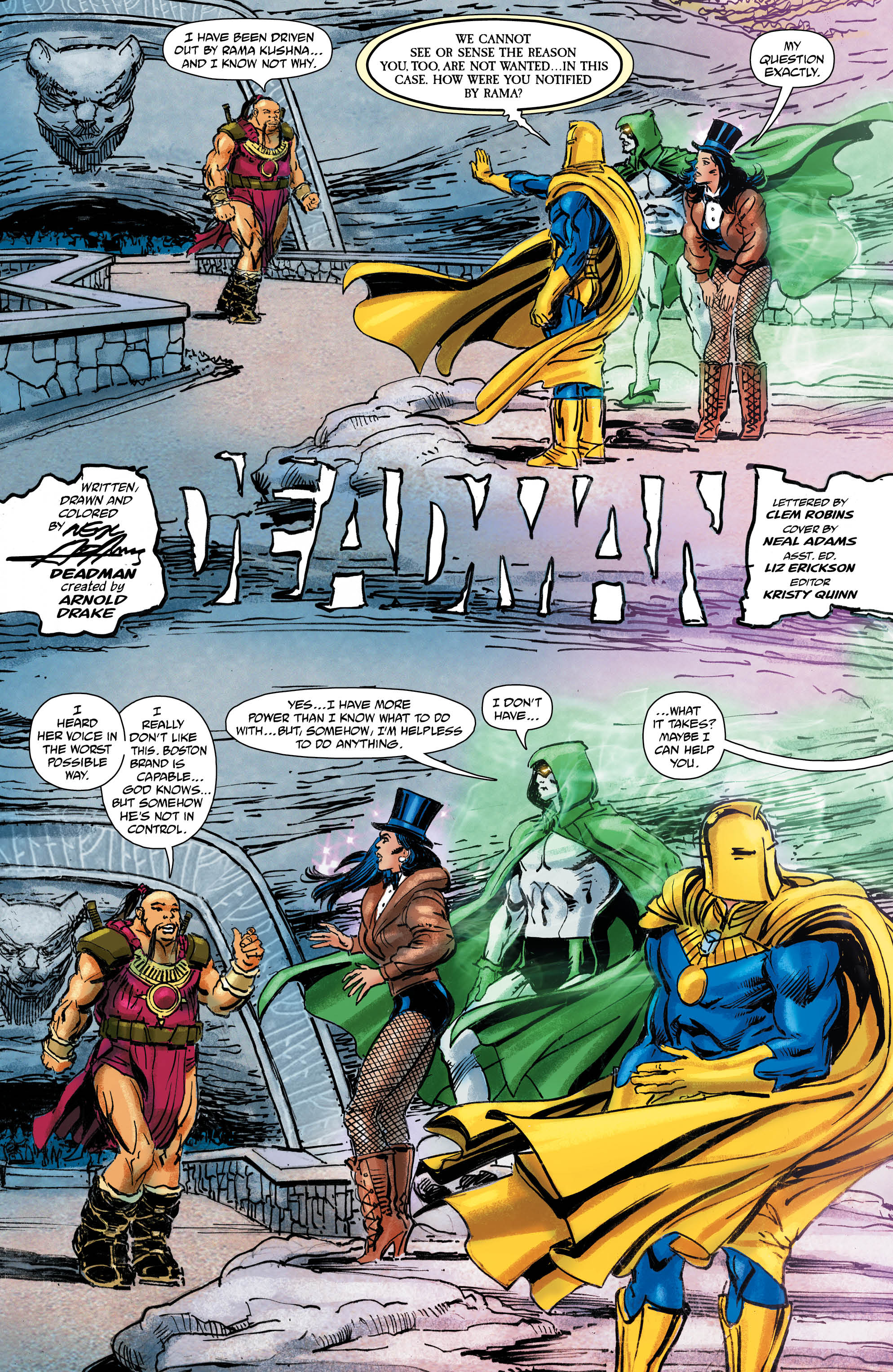 It’s always nice when a series continues to surprise and be unpredictable.

Just when you thought this story couldn’t get any more difficult to follow…it does!  Rama and Tatsinda don’t make a lot of sense.  Their dialogue feels like they aren’t sure of what’s going on.  I’m certain issues #5 and #6 could easily have been condensed into a single book, especially considering the final panel.

The story continues!  Book two will apparently be a Batman-centric mini-series that will attempt to make sense of the shenanigans the first 3 issues of this series introduced.  Unfortunately, this series has ended without any resolution, just more obtuse questions. 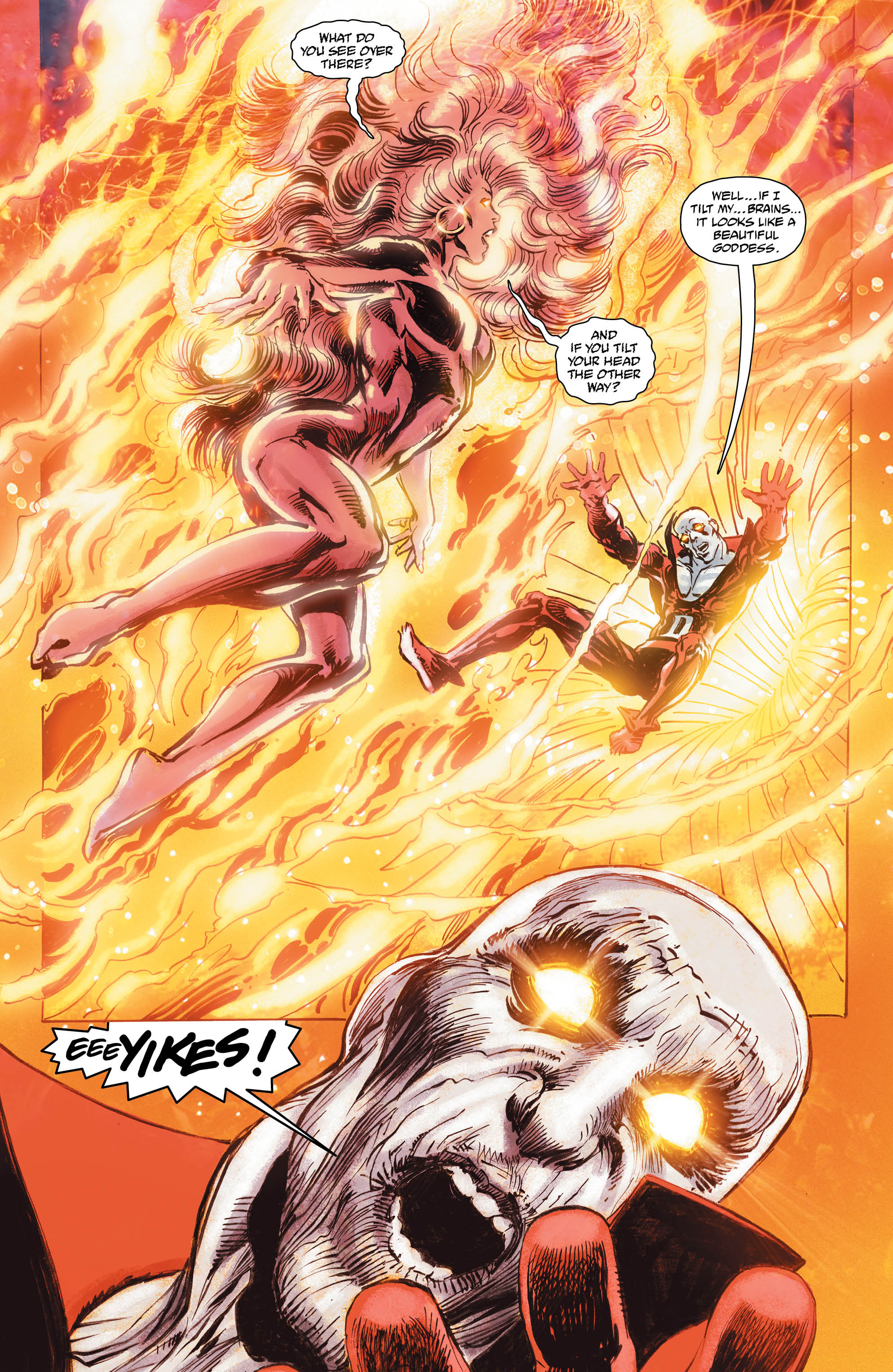 Despite the beautiful visuals, this is a difficult series to read, and with the final issue it gets no better.  Very little attempt is made to explain what’s going on.  This will probably be the end of the line for many readers.  Send DC a message – “Get Adams a scripter!”  His visuals deserve better.