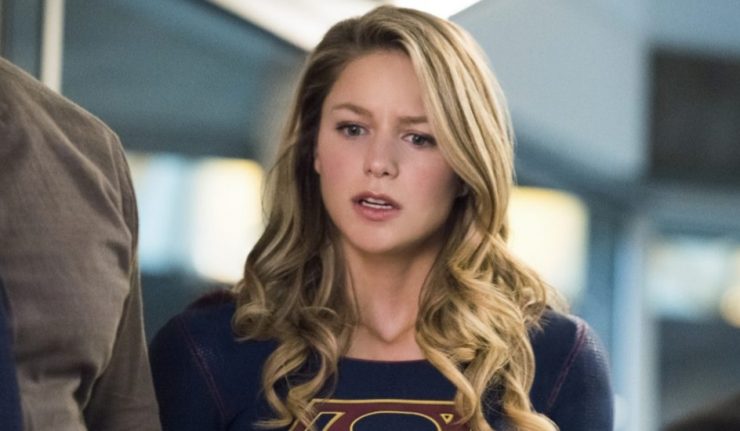 Supergirl and Imra disagree on how to deal with Pestilence, while Lena tries to save Sam from Reign.

Pestilence is a nice contrast with the other Worldkillers. With Reign and Purity, there are innocent people inside who need to be saved but can also be reached. The person inside Pestilence is just as dangerous if not more than the Worldkiller. She’s a psychopath. It makes the story more interesting because she’s more of a threat but she can’t be saved as easily as Sam and Julia. There is no easy way to deal with Pestilence.

I like the argument between Supergirl and Imra. Kara is trying to live up to her ideals and Imra wants to live up to that example but has seen to much darkness. Additionally, I love that Imra doesn’t compromise. She tries to kill Pestilence and nearly succeeds. I love that Supergirl didn’t sway her; that was a cool choice.

I love that Lena’s greatest flaw is consistent with her family which is her ego. She legitimately thinks that she alone can save Sam. Her hubris may very well have doomed the world and especially Sam.

The best scene of the episode is between James and Winn. The latter is infected by Pestilence and is close to death. The two share a very emotional scene that both actors knocks out of the park. I love the friendship the two have and it’s great to see it highlighted in such a way.

I’m a little disappointed that Braniac 5 now just looks like a dude. The makeup looked fine; I’m not sure why we needed to get rid of it.

The debate over whether superheroes should kill is so tired. These shows have played this story concept into the ground. And it’s not that consistent. This episode is the first time that it has been made apparent that Supergirl doesn’t kill. Except she didn’t seem to mind killing the Damaxites and Mon-El’s mother or the Earth X Nazis. She didn’t physically kill Nazi Supergirl but she definitely didn’t try to save her.

This is another strong episode. While the debate over whether superheroes should kill is getting really old, I enjoyed a character challenging Kara’s worldview followed the villain continuing to challenge that. Kara doesn’t get an easy win. The subplot with Lena and Sam is interesting and overall, I really enjoyed the episode.