DC Comics Wishes Us A Happy And Joyful Ramadan 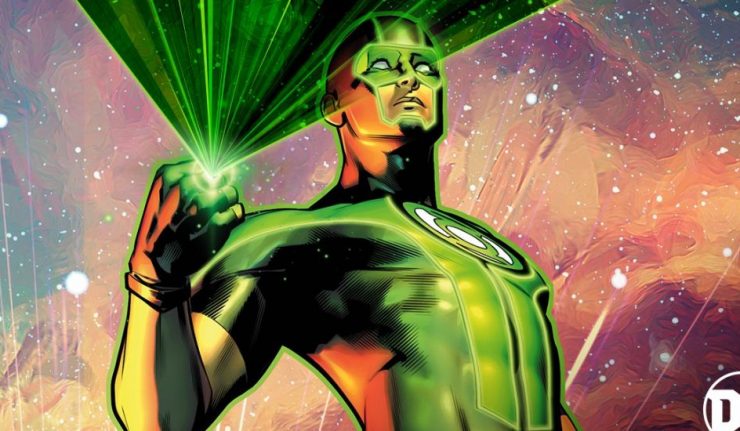 Last week, the Holy month of Ramadan began. At the end of this long month, we celebrate with Eid. A celebration with lights, family, and tons of food! It’s a happy month, and although fasting might sound like a dread it’s a great detox from the year. The fasting begins at sunrise and the fast breaks at sunset where you’re presented sweets, deliciously fried goods, and limeade. This is followed for roughly 30 days, and every year it begins at a different date because of the moon calendar.

And it brought so much joy to DC fans! Their sincere appreciation.

WOW?😲 I never would have thought in a thousand years that DC would acknowledge/complement us Muslims!

Thank you❤ this makes my day 😍

From around the world, DC is given appreciation and love. My friends from Dubai and Qatar spend countless efforts to have comics imported and go to conventions, and when I lived in Saudi Arabia, I did the same. There are so many passionate fans around the world and so DC acknowledgement, you can see from their countless comments, means so much.

Who Are DC’s Muslim Heroes?

A few of the comments were wishing Batman had said the greetings, however, the reason we have Green Lantern, Simon Baz is because he is a Lebanese-American and practicing Muslim in the DC Universe. This social-ostracisation has been noted in DC lore as after the anti-Islam citizens persecuted him. But since his membership in the Green Corps, he’s been a common show in the Justice League comics, partnered with Jessica Cruz, and helping to defeat the Third Army.

Nightrunner – Bilal Aisselah from New Earth is another mention from the DCU.

Bilal’s story makes sense for his superhero. He’s a Muslim from Paris. As Bruce Wayne wanted to achieve Justice, so did Nightrunner after seeing corrupted civil disorder and death. He encounters Batman and Nightwing, and together take down a cult, and began his official membership in Batman Incorporated.

She might not be as prominent as Simon or Bilal, but it’s still pretty wicked DC has a Palestinian heroine. Her origin is still unclear as she’s been introduced a few times. Her powers are terrifying as is a Ferrokinetic, a character with the ability to move metal.

And here’s a small headcanon and speculation of one of our favorite DC Characters: Damian Wayne, Robin.

Bruce Wayne and Talia Al Ghul have their biological son, Damian Wayne. There is no confirmation but his mother has confirmation of being both part Asian and Arabic. His grandfather as well. It’s wicked that some artists play around with his skin tone and Damian Wayne is a combination of several races and Islam descent could possibly arise from Talia’s side of the family.

The world has its beauties, and one of those beauties is our massive diversity. Seeing a massive story-telling community put themselves out there, wishing Ramadan Mubarak, well, that lights up so many faces.

Lover of all things Batman. Majored in English and Biochemistry at the University of Toronto. Graphic Designer, avid blogger, and hobbies in drawing comics. Sharna's not the best at maintaining a secret identity, but more than strong enough to protect her loved ones.