The penultimate issue of this year-long event starts and ends with action, as Bane and his company of villains invade Kobra’s mountain stronghold with the aim of kidnapping the infant Naja-Naja. But one of Bane’s newfound allies is actually his oldest enemy: Batman! The globe-spanning, universe-rocking gangster epic begins its climax here! Who will live? Who will die? And what will happen when the wrath of Kobra falls on the man who broke the Bat?

It’s been nearly 3 months since the last issue of Bane: Conquest hit stands, and I have to say, I’ve been missing it.  This was one of the books I truly looked forward to reading every month.  Chuck Dixon’s ability to tell a story is fantastic, and to have him and Graham Nolan back on the very character they co-created makes it all the better. 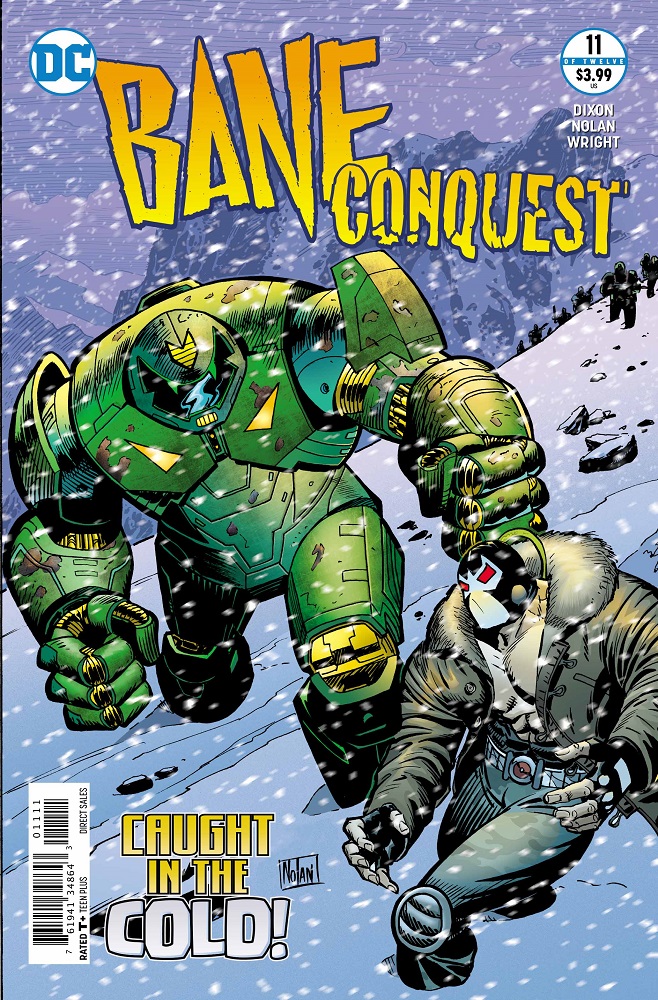 This issue ramps up the action a bit as we get closer to the finale.  Bane and his crew are determined to take down Kobra by whatever means necessary, however, Bane has a mission of his own…to hunt down the Bat.

As usual, the art in this book is stupendous.  Nolan gives such life to his panels, it’s hard not to be sucked right in to the action.  The cover is a fantastic image, that of Bane and someone in a giant mech suit, who we later learn is Valentina.  The green of the mech suit really pops against the the blue and white of the wintery background.

The opening of the book with Commissioner Gordon and the Bat-Signal was nice, as it shows that life still moves forward even when Batman isn’t in Gotham.  Sometimes you can’t rely on the Dark Knight to be there, so the GCPD will have to handle things on their own for a bit. 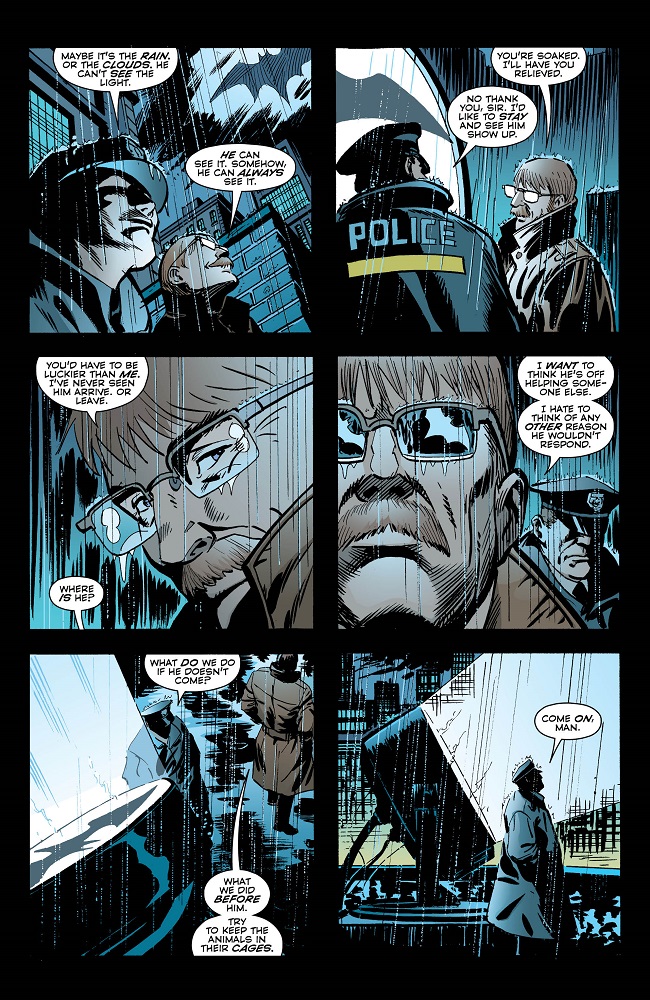 As we continue on, we follow Bane and his crew as they prepare to lay siege to Kobra’s hidden compound, but learn that Dionysus has plans of his own, plans that don’t include Bane.

The only real negative I have about this book is the fact that is felt kind of like a filler issue.  Nothing really happened, other than Bane and his crew getting into Kobra’s compound.  We only got to see Bane fight Valentina in the giant mech suit from the cover in one page, and Bane hasn’t found Batman yet.  I would have at least liked a few pages of the fight with Valentina.  It just ended too quickly.

Overall, this is a great lead up to the finale, which will hopefully be a wild ride.  I can’t wait to see how Bane handles Kobra, Dionysus, AND Batman.  Will his desire for conquest see fruition?  We’ll find out in the finale!

Zack Snyder Shares Behind The Scenes The Flash And Trinity Photos