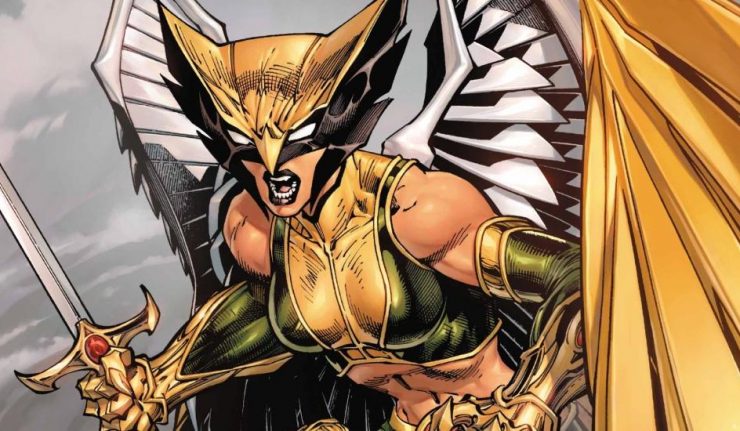 John Stewart: Ultraviolet Lantern? Believe it! Under the influence of the Ultraviolet Spectrum, John Stewart engages in some ultraviolence against his teammates Flash, Wonder Woman and Aquaman. Meanwhile, the rest of the League investigates the scene of the fallen Source Wall fragment, and encounters not only a horde of giant monsters, but a pair of longtime archenemies using stolen Atom technology to literally get under their skin. Best to stock up on Cortizone for that sort of itch! All this and…the Turtle? Yep.

This iteration of the Justice League title is taking a lot of cues from various cartoon incarnations of the League, which is evident in the fact that the core team is essentially the same as the Dini-verse League. Likewise, this team also seems to have a wider membership that goes beyond the core team, similar to the “Justice League Unlimited” cartoon. Mister Terrific makes an appearance in this issue and the Atom was name-checked last issue.

This seems a good strategy for the team’s membership. Have a core team that is used to working together, but also bring in ‘specialists’ as their unique abilities are needed.

I also like that Snyder references the events of the Cosmic Odyssey mini-series. This not only helps establish the cosmic scale of the current storyline, but also causes Green Lantern John Stewart to revisit his greatest failure – the destruction of the planet Xanshi.

And the League has rarely operated at such a cosmic level as they are now. Often they have had to deal with individual threats at this level, but not a convergence of multiple cosmic forces. The stakes are as high as they’ve ever been and the League’s chances of prevailing over all these threats don’t look good.

A big problem with placing events on such a cosmic level is making sure that the story is still comprehensible to readers. I found that with a careful reading, that I can follow what is happening. However, I wouldn’t be surprised if there are more than a few fans who can’t quite wrap their heads around it all – particularly younger readers. So far, I don’t think Snyder’s taken things too far, but he seems to be skirting the edge.

Justice League seems to be one of the hot points where the mysteries raised by Rebirth are playing out. Snyder is also giving us a kick-ass story at the same time. Snyder has brought the League’s main title back to being the centerpiece of the DC lineup.