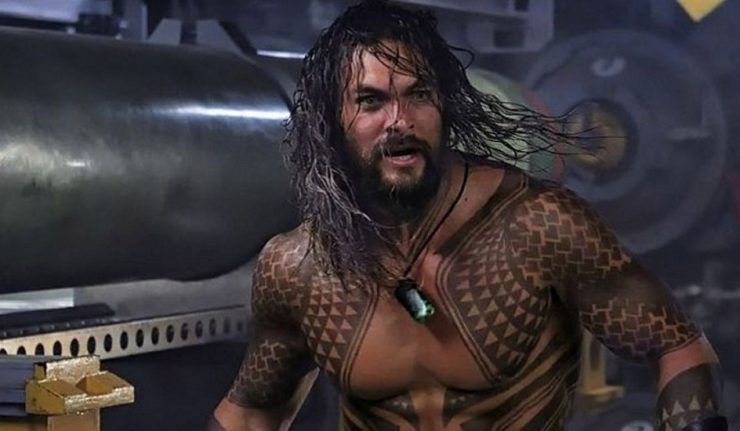 Entertainment Weekly recently dropped the very first look the The Fisherman King from the upcoming DC film, Aquaman, being played by Djimon Hounsou.

The photo shows the royal palace of the Fisherman King, one of the seven kingdoms of Atlantis depicted in the upcoming live-action DC movie starring Jason Momoa.  Check it out below:

In this scene, King Orm (Patrick Wilson, not shown) has gone to the Fisherman King (played by Djimon Hounsou, that guy with the trident — and more on that in a minute) to enlist his help to declare war on the ocean-polluting surface world. There’s also the Fisherman Queen (Natalia Safran) and Princess (Sophia Forrest) on the left, and a royal guard on the right. Though you can’t tell in this shot, all of them have tails instead of legs.

“After the fall of Atlantis, some of the kingdoms evolved and some devolved,” explains producer Peter Safran. “This is one that evolved. This is a kingdom that’s primarily artistic and cerebral, with poets and philosophers.”

Aquaman hits theaters later this year on December 21, 2018, and the first trailer is expected to premiere at San Diego Comic Con next week.