Joaquin Phoenix Is Fearful Of His New Joker Role 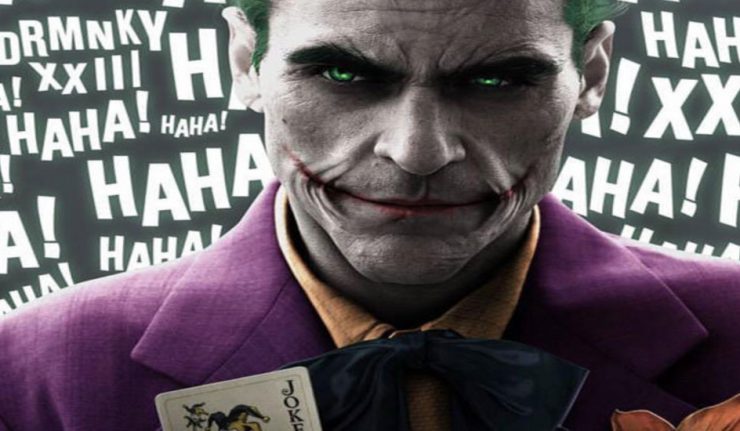 Now officially announced, WB’s Joker origin film has some wondering how lead actor Joaquin Phoenix will fair in the role of a lifetime. Phoenix recently opened up about the film after he was coy when asked about the project in the past. Phoenix admits the role is terrifying, but it’s what convinced him to take up the iconic Clown Prince of Crime.

“I take a lot of time and consideration when making decisions and what I’m gonna work on always,” Phoenix explained. “So, in some ways, the process, which is obviously reading a script and meeting a filmmaker and then continuing to have meetings and discussions with Todd [Phillips]. I think he’s very impressive and he seems to have a very interesting understanding of this world and what he’s trying to say. And so there is something very appealing about that and working with him on this particular project. It feels unique, it is its own world in some ways, and maybe, mostly, it scares the fucking shit out of me or something. It might as well be the thing that scares you the most.”

Phoenix went on to say The Joker has been on his mind for years and suggested the role to his agent years ago.

“Three or four years ago, I called my agent and said ‘Why don’t they want to take one of these characters and just make a lower budget film about it, a movie but a character study, and why not take one of the villains?’ And I thought, ‘You can’t do the Joker, because, you know, it’s just you can’t do that character, it’s just been done.’ So I was trying to think of other characters, and he said ‘I’ll set up a general meeting with Warner Bros.’ And I said ‘I’m not gonna go, I can’t go to a general meeting.’ So I completely forgot about it, and so then I heard about this idea, I was like, ‘Oh that’s so exciting, that’s the kind of experience I wanted to have, with a movie based on a comic character.’ I felt like you could get something on screen.”

Wrapping up, Phoenix went on to say The Joker film will be unlike any superhero film audiences have ever seen.

“I wouldn’t quite classify this as like any genre. I wouldn’t say it’s a superhero movie, or a studio movie or a … It feels unique, and I think more then anything, and probably the most important thing, is Todd seems very passionate about it and very giving, and so that’s exciting. I think, underneath the excitement of these films, and the size of them, there are these incredible characters that are dealing with real life struggles. And sometimes that is uncovered and exposed, and sometimes it isn’t, and so I always felt, like, there were characters in comics that were really interesting and deserve the opportunity to be kind of studied. And so I think that’s what Todd sees appealing about this idea.”

Phoenix is set to begin filming for the film this September. It’s a small fraternity of actors who have taken up the role of The Joker (Jack Nicholson, Mark Hamill, Jared Leto, and Heath Ledger to name a few), and we hope to see Phoenix rise to the challenge and make it his own.

Are you excited for Phoenix’s role? Would you like to see him pop up in the modern DCEU?