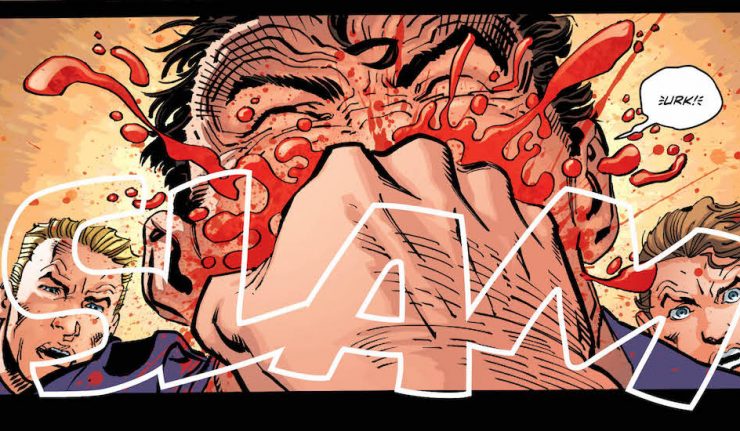 The original Challengers of the Unknown are back and they killed the new ‘Prof! Rocky’s gun is still smoking and he wants answers, but after a fight with Krunch that doesn’t go his way, the two teams decide to work together. Why? Well, it seems the original team can’t leave Challenger’s Mountain, and the longer the new team waits, the greater the chance that someone else will reach the fragment that’s been discovered on Skartaris. Time for a journey to the center of the earth.

Rocky comes out barking like a drill instructor and Krunch caves his nose in with one punch. The kicker for me is that the other original challengers all think Rocky is being a jerk. Then Rocky whines that Krunch is a “hot-headed ape” while his team tackles Krunch, who is laughing like a kid.

The lead up to the punch is a one-page snapshot of Krunch’s childhood summed up by his dad. Essentially Krunch is a fourth-generation descendant of a Suicide Slum street gang called the Dingbats of Danger Street. It was his great-grandfather who rallied immigrants with a one-item mission statement to look out for each other. The best line of the book here is when Krunch’s dad says, “We got two families in this world son. The one yer born into and the one you choose.” It’s a great line and it is a clue that Krunch was raised to be loyal.

Moses demonstrates his loyalty when he puts a gun to the head of Ace and demands answers. He also wants everyone to get off his friend. It’s a great move that pulls the team together and sets up a nice reveal.

Everything gets interrupted when the professor, who was bleeding on the floor with a hole in his head, stands up and asks Ace about a mission from the past. Turns out this Professor is from the Dark Multiverse and knows their history. He’s been using the skeleton of a Source Wall god to recruit members of his Challengers teams. Doesn’t explain why he’s not dead.

Fragments from the god can alter reality. The creatures who attacked them back in the ocean want to use the fragments to rewrite reality. Clearly, this Prof wants to change something from his universe, but Krunch wants to bring back the members of his gang who died because he stole a piece of Intergang technology and go locked up before he could tell anyone. Still doesn’t explain why he’s not dead!

The old challengers find out the mountain’s defenses have been set to target them. When they almost make their way through, they see the new Prof up ahead. He shoots them down and then stands over their bodies and claims that none of it was meant for them and that someone who is trying to stop him – the other him? – has failed.

When it’s time to head down to Skartaris, the original challengers say they can’t go. It has something to do with their hourglass brands preventing them from leaving the island. I get it, but I don’t like it. There is almost no explanation and from one or two panels to the next, and then the whole thing is decided and it feels like nobody even cared.

Skartaris is such an amazing location, but I don’t get that feeling when the team lands there. The bad guys from the last issue look less scary, and more like mummies from a 1950s movie. When they summon two creatures to stop the New Challengers, they are kinda cool looking, but without any relevance or a display of some awesome powers, it’s difficult to care.

I understand the process of the new Prof, and I like his dark sense of humor, but his story is getting dragged out and it’s becoming annoying.

It’s not the best chapter in this New Heroes title. I like the revelation about the new Prof and his connection to the Dark Multiverse, but everyone seems to accept it really quickly. The same goes for the explanation about the original challengers staying behind. No one seems to care, and it doesn’t seem like a big deal when they die at the end of the issue. I understand the need to lead the story into the next issue, but without the tension to compel the reader to keep reading it doesn’t make them want to buy it, and they should feel that want. 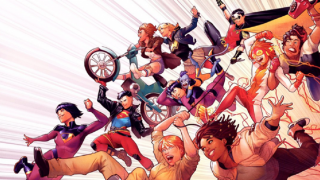 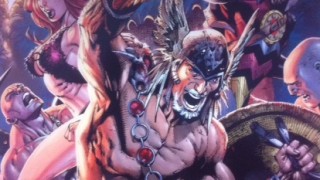