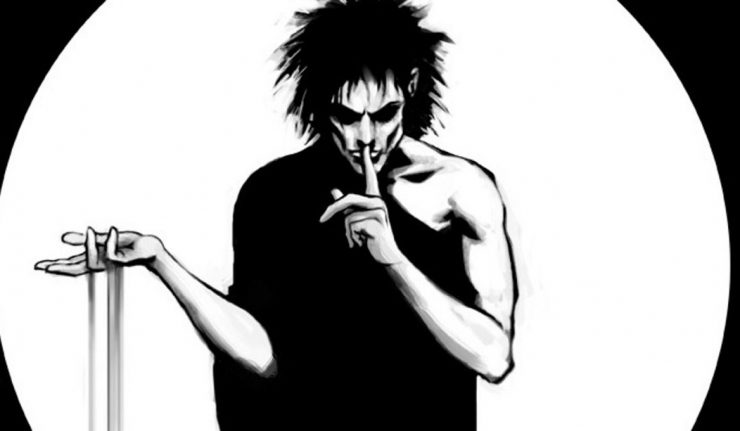 This SDCC 2018 weekend gifted DC’s Vertigo fans with both a page from the past and a path to tomorrow.

At a special panel, a new team assigned to the 25-year-old division of DC’s mature line of stories was unveiled to an at-capacity crowd at San Diego Comic-Con International, as well as the first line of Vertigo books. “We have a lot of stuff to talk about today, “ Executive Editor Mark Doyle began with at the panel. “We’re going to break things into different sections [and] I wanted to start out with the Sandman universe.”

Sandman, the brainchild of writer Neil Gaiman, will return in early August with The Sandman Universe #1, the book itself a springboard for four spinoff titles focusing on humans in the waking world. Artist Dominike “Domo” Stanton elaborated:

“We follow these characters and get a sense of how they interact with each other. [For example,] there’s a younger sister, and [she’s] trying to cope with the fact that her older sister is gay. [This] is a shared universe. If you’re a fan of Sandman, this is going to be incredibly rewarding because this picks up right where it left off. [This] is the sequel to Sandman. And this first issue is the primer that sets everything up.”

Stanton will be penciling one of such titles House of Whispers, which his collaborator, writer Nalo Hopkinson, went into detail starting with a sister in the group going comatose. “Once I decided to set the story in New Orleans, primarily in the French Quarter, [that] gave me the flavor of the world they were living in.”

Another Vertigo title scheduled for launch will be Border Town, manned by writer Eric M. Esquiviel and artist Ramon Villabos. The artist likens it to a mix of Invisibles and Dawson’s Creek, while Esquivel counters with, “[A situation if] Stranger Things happened in Telemundo.” The plot focuses on a town located on the US-Mexico border, while simultaneously on the border between this realm and the supernatural. Eric further states, “It’s a town that’s very racially tense, which is true of the town I grew up in, and a lot of the supernatural weirdness is blamed on immigrants. [But it’s] not a political statement to say that Mexicans exist.” Rather, the focus of the story on kids is to answer the consistent demand from young readers he has met with for protagonists their age.

The next title announced was Hex Waves, which writer Ben Blacker credits the premise of Bewitched as the inspiration, as well as the irrationality of a mystically-empowered female lead domesticated by a simple human male through a mere social convention. “This series explores the terrible things that men do to women [sometimes] without realizing it. [To] get to write an ensemble of strong characters that bounces between soap opera and supernatural and the themes we’re dealing with is great.” Mirka Andolfo is the book’s assigned artist, whom Ben credits, along with his all-female editorial team, for maintaining the honesty and empathy of this project.

American Carnage by Bryan Hill and Leandro Fernandez is described by the writer as “The feel-bad book of the summer.” Inspired by the tragic church shooting in South Carolina, Hill researched racial aspects by interviewing members of the white supremacist movement. The insight gained from these discussions found a universal chord between this and organized crime, so when Hill was asked by his editorial team if he had a concept, he responded: “I have one, but it’s not going to be pretty.”

Goddess Mode, by writer Zoe Quinn and artist Robbi Rodriguez, is described by Doyle as “Totally a Vertigo, but not at all a Vertigo book.” The premise – an adult magical girl group rebelling against an oppressive technologically-dominant society – was inspired by Quinn’s frustrations as an activist herself and her interest in the female-led supernatural tales. She explains, “It has a subversive element of hope and truth to it where a giant part is how we take care of each other.” This also fulfills a longtime goal of artist Rodriguez to draw such a magical girl comic with kaiju monsters to combat.

The final two titles announced were Rob Sheridan and Bagenda’s High Level – billed as a man-against-the-establishment story – and Mark Russell and Richard Pace’s Second Coming, which focuses, according to Russell, focuses on a superhero known as Sunman sharing an apartment with Jesus Christ. The latter book by Russell targets the distinction between superheroes using violence as a means to a peaceful tomorrow, and the figure of Jesus focusing on healing, focusing on “better alternatives to the endless cycle of violence that has guided the world for hundreds of years.” 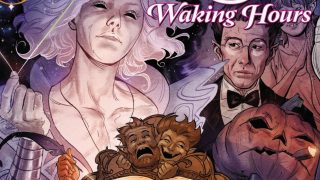