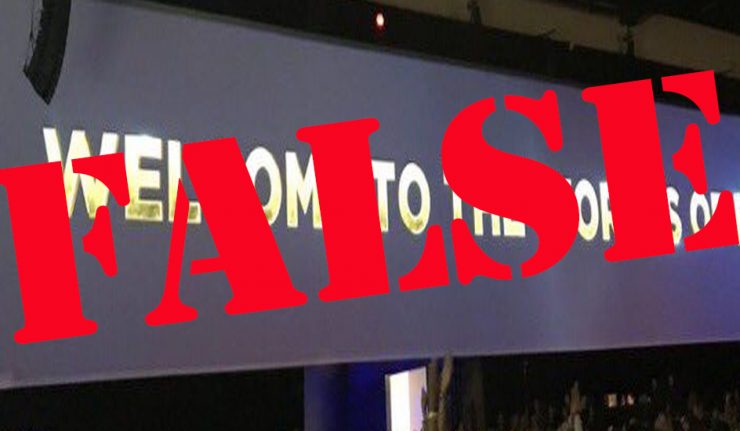 The talk is everywhere.  Warner Bros has rebranded the DCEU to be the “Worlds of DC.”  It was all over Comic-Con this past weekend, its been all over the internet so this has to be happening, right?  WRONG!  This is a false story that was “shotgun” around the internet and somehow gained momentum as an actual story from an announcement from the Warner Bros/DC panel at SDCC. However, this was never the case.  It was just showmanship on DC’s part to excite the audience and show them the visual world that DC is creating in the TV and movie studios but never an official “rebrand” of the product.

Multiple observers that were in attendance inside Hall H for the presentation have gone on record by saying that Warner Bros showed off a sizzle reel of DC movies and at the end, a graphic came up that read:

“WELCOME TO THE WORLDS OF DC”

There was no official announcement about an official rebranding of the DCEU.  There was nothing of any mention of an official name for the DCEU inside any Warner Bros press release that mentioned “Welcome to the Worlds of DC” anywhere to be seen, in fact, the DC movie and TV universe remains nameless, that’s right, not even DCEU is official from Warner Bros.