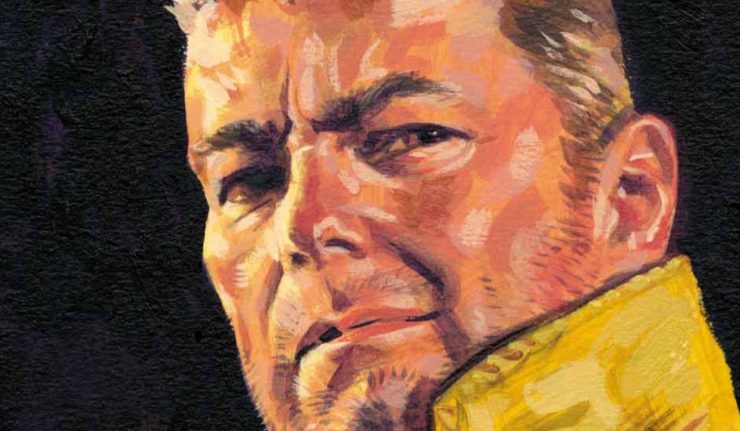 What would you sacrifice to save someone from damnation? The final chapter of “The Good Old Days” puts what may be the final nail in John Constantine’s coffin: preparing to say goodbye to this mortal coil, John’s oddly introspective, brooding over an ex-lover who’s possessed by demons. Since she can’t be exorcised, she’s bound for Hell—unless John makes the ultimate sacrifice and takes her place. Pack light, John—we hear it’s warm where you’re going.

The cover by Tim Seeley and Chris Sotomayor is really cool. Constantine, presumably in hell, standing on a cliff over the lava is a really engaging image.

The interior art is solid. The characters are well drawn and it generally looks good.

I love Constantine’s plan to save Margaret. It is twisted and cruel even for Constantine. It does save the day but there is a massive price for Margaret and another nice dose of trauma for Helena. It feels like classic Hellblazer in how dark it is and that are massive consequences for everyone except Constantine.

My only complaint is the ending. It’s implied that Constantine and Huntress hook up and that’s just weird. I have no idea why Helena would want to especially after what Constantine did to her. I think it’s supposed to be funny but it doesn’t play at all for me.

This is a solid issue. What really brings it together for me is Constantine’s ultimate plan to save Margaret. It is the definition of messed up and absolutely the thing Constantine would do. I kind of hate the ending with Huntress but it’s an enjoyable read outside of that.