Christopher McQuarrie Open To Working On A DC Project 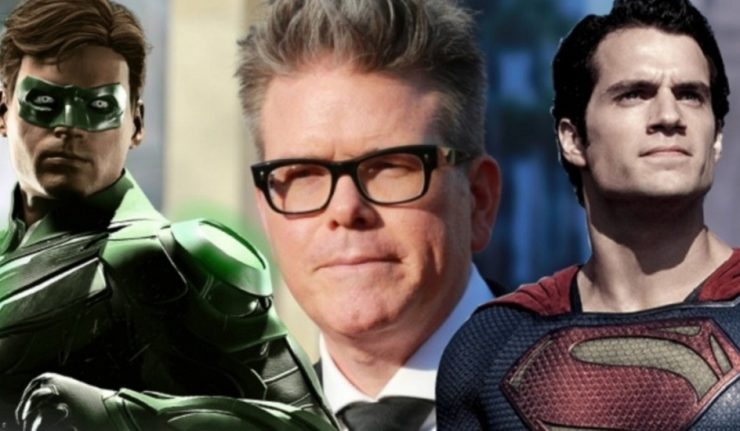 Christopher McQuarrie, director and writer of Mission: Impossible – Fallout, has revealed that he is definitely open to working on a DC film, specifically for either Man of Steel 2 or the Green Lantern Corps movie.

McQuarrie has been in the conversation for Man of Steel 2 for quite a while. This isn’t just because the filmmaker has a pedigree for solid and lucrative action movies. McQuarrie has also established a working relationship with Henry Cavill, who plays Superman, in Fallout and he has expressed a desire to work with the actor again.

The reality of McQuarrie directing any DCEU movie, Man of Steel 2 or Green Lantern Corps, is still a long ways off. Neither movie is even officially in the works over at Warner Bros., yet if the cards aligned, McQuarrie would be interested in helming the next chapter in DC’s cinematic universe.

In Screen Rant‘s interview with McQuarrie for Mission: Impossible – Fallout, they asked him directly about the rumor that he’ll be behind Cavill’s second solo outing as Superman. McQuarrie gave a vague but still hopeful answer, responding:

To me, I’m interested in a good story. That’s really what it is. I mean, when ‘Man of Steel’ came up, it was because somebody had asked me, did I want to work with Henry again? Which I would in a second. I go through the door that opens.

Later in the interview, they asked McQuarrie about the campaign from fans for Cruise to be the DCEU’s Green Lantern and if he would direct the star. This is because all but one of McQuarrie’s directed movies have starred Cruise. However, McQuarrie hedged his bets when it came to Cruise as a future member of the Green Lantern Corps. He answered:

You know, I got to say, Tom and I have never talked about it. We always kind of talk about what we’re working on or what we’re talking about working on next. I think, again, I think if you show them a good story, I think if you showed him a really emotional story, I don’t think, you know, it’s, I can never predict. I can never predict what it is he’s going to be drawn to.

Ultimately, as hard as it is for McQuarrie to predict if Cruise will play a superhero, it’s equally hard to predict if McQuarrie will direct a superhero movie. All speculation about the director joining the pantheon of DCEU filmmakers should be taken with a generous grain of salt.

Even though McQuarrie is very open to the idea now, he has said in the past he’s not at all interested in Star Wars or a superhero movie. (Although at the time he expressed his distaste for those projects, McQuarrie was referring more to the internet backlash that surrounds them.) The continuing discussion that McQuarrie might step into the director’s chair for Man of Steel 2, in particular, is promising. Yet even if McQuarrie is expressing that he’s open to the idea, that isn’t anything solid. It’s certainly not a confirmation.