It’s hard to learn that what you believed or knew is wrong. It can change a person’s sense of purpose, motivation, and belief system. More importantly, it can change who people trust. The New Challengers have known that something wasn’t right from the first time they arrived at Challenger’s Mountain. In this issue, they learn just how deep the rabbit hole goes.

The opening scene is a great flashback to the introduction from the first issue. A plane is flying over uncharted waters, the pilot is thrown out, and the plane crashes in flames. A man in a trench coat with a bandaged face emerges and stands before the skeleton of a giant. A glowing fragment in his hand emitting a “Wom, wom,” sound. But, instead of cutting away, this time the lens moves closer and the man pulls off the bandages to reveal the professor — or Prof.

The professor is the big bad in this story. He has been using the skeletal fragment imbued with Dark Multiverse energy to bring himself back to life each time he dies. He became trapped here when the Source Wall was destroyed. He was pulled from his world to ours, only to find that he was dying from the moment of his arrival. 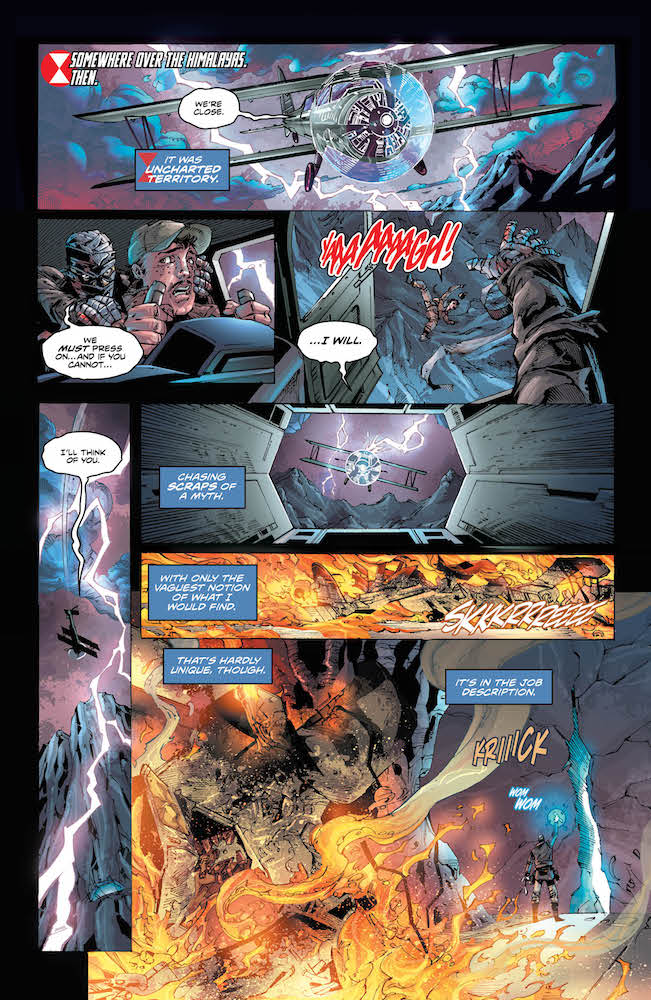 The trade-off is that each time he is revived he creates a replica of himself that is dark and twisted and decaying.

Each one of the mummies that have been fighting the New Challengers is a decaying version of the Prof. They are all in varying stages of decrepitness, and they are all united in the goal to stop the Prof. from causing more suffering. 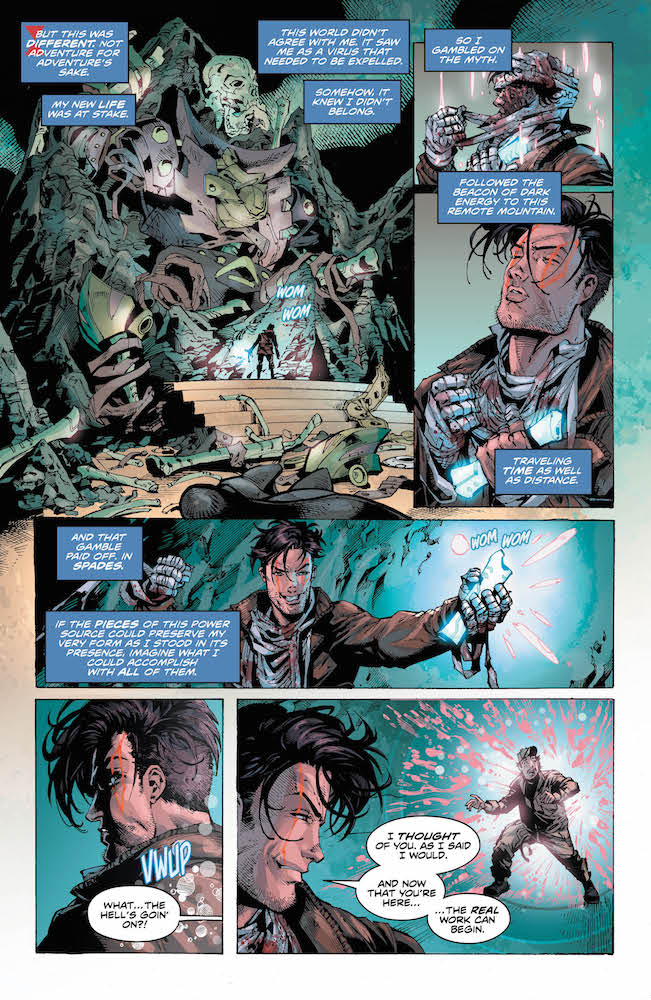 This explains why there is a twisted, dark version of Bethany waiting for the team at the mountain. When Bethany used the fragment to save herself and the team, it brought her back to life and created a dark alternate that was already dying.

This heightens the tension when the Prof. is captured and taken to the Source Wall skeleton that was found buried in Challenger Mountain at the end of Dark Nights Metal.  He wants to make it right, but he needs the final fragment of the skeleton. So, he tells the team what their Prof. has been doing and why he is a danger. Bethany wants to kill and Krunch is ready to crush skulls when Moses makes a wise choice. 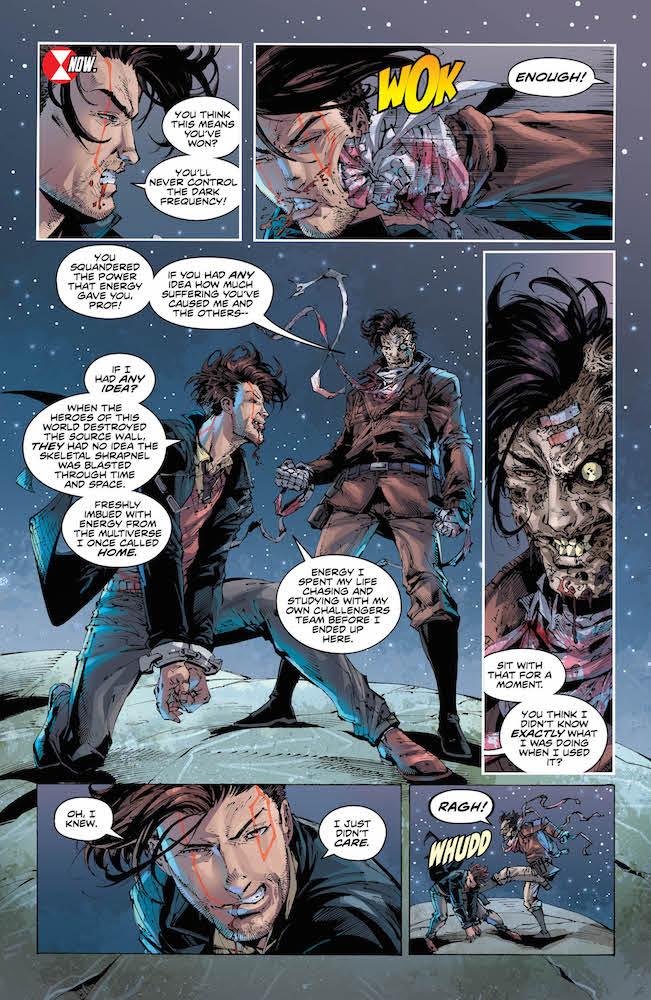 In the mind of Moses, the only goal is to fix what is wrong. He believes that the version of the Prof. Who needs the fragment is the on to make it right. In his words, “I’m sorry, but that’s not even a choice.”

A great twist is when both versions of the Prof. are on the skeleton, we see three Challengers — most likely the original members from issue #2 — who are strung up inside the skeleton’s skull. They still have bullet holes from where they were shot, and they don’t look great.

The final page is a beautiful single-panel splash page mystery. Lightning explodes from the center of the Skeleton. Nine images depicting scenes from DC universes are displayed among the shards of electricity. According to the Prof., they have “obliterated the unknown.”

Things are being missed. Whenever there are clones, duplicates or multiple revelations, it can become a challenge to keep the salient details fresh in the minds of the readers. One way is through dialogue, another is physical detail. Both are missing despite the introduction of two professors telling two versions of a story.

I’m not the guy who needs background exposition for every issue. I accept that it’s my responsibility to follow the twists and plot lines from issue to issue, but there is a need to keep the stakes and their implications at the forefront to build suspense for the reader. Last issue it was revealed that the brands the New Challengers are wearing were losing power despite being at Challengers Mountain. Is that fixed for good? If not, it should be mentioned. If so, when is it realized?

Krunch had a minor role in this story, but there was almost no need for Trina’s appearance or minimal dialogue. It would be helpful to come back to some of these moments and see if there is a way to build on these moments that Trina experienced in the background. Then tell her story, from her point of view.

This issue provided more questions than answers. I love a good mystery that I can follow, and I hope the reader is not getting lost. I have faith that the next two issues will help draw clearer lines for the sake of the storytelling. And until then, it’s some gorgeous art. Let your eyes drink it in.

Review: Red Hood And The Outlaws #26