Review: Red Hood And The Outlaws #26 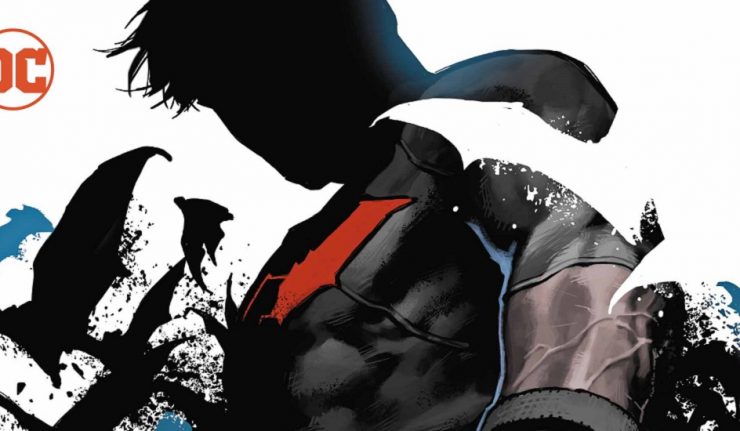 While on a mission to bust a drug ring, Red Hood encounters an injured FBI agent and chaos ensues.  Is Jason Todd on the “right track” or is he just in “hot water”?

The opening to issue #26 doesn’t fail to impress.  Instead of the outspoken, wise-cracking Red Hood that we’ve come to know via the “rebirth”, this character goes back to his “lone wolf” dark roots; and his new outfit is killer.  The next scene where Red Hood busts a crooked cop and finds himself a link to what he is searching for, the group known as The Underlife.  Jason Todd does what Jason Todd does best, kicking ass.  Todd busts up not only the crooked sheriff but a group of gangsters with a crowbar and even and American flag.  The action in this issue is amazing but not too much.  The true nature of Red Hood has finally returned to DC Comics.

This issue is a comic book fan’s dream.  No goofy jokes, just Red Hood being Red Hood…did I mention the new outfit is awesome? Because it is…