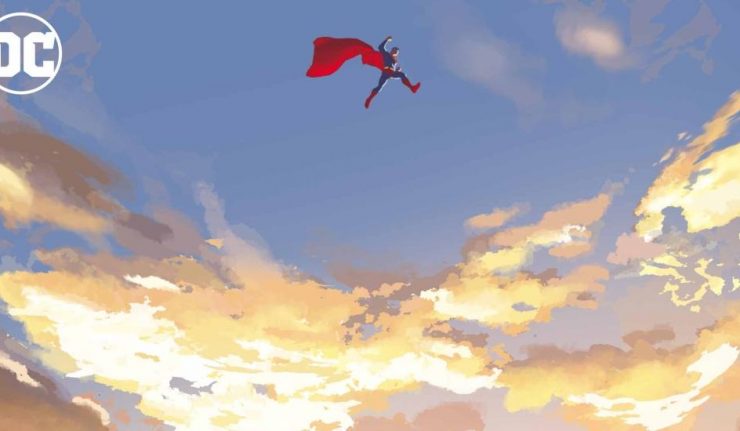 As Superman fights to protect the world from Rogol Zaar and the Kryptonian convicts trapped inside the Phantom Zone, the greatest minds on Earth devise a risky plan to return the planet from the deadly prison. With the Earth continuing to crack and crumble and its greatest heroes fall, can the Man of Steel hold the line and give his adopted world a chance to escape?

Superboy’s back! While sort of – Superman’s son Jon appears in a flashback, where Clark imparts some fatherly wisdom. It’s a touching scene, and it’s good to see Bendis paying tribute to their relationship. Especially considering that it was just announced that Bendis is bringing Conner Kent back. While it remains to be seen whether this will be in the DCU or a side-continuity, this announcement paired with Jon’s recent extended absence from the Superman titles could be interpreted as Bendis clearing the way for Conner to reclaim the Superboy title.

So, it’s a relief to see a sign that Bendis recognizes Jon’s important place in Superman’s life. It also gives some hope that we will see Superman’s family life resume its place in the Superman books. As for Conner, I wouldn’t be opposed to his returning, but I hope that they give him a new name, allowing Jon to remain Superboy.

Despite having to hold Rogol Zaar off while other heroes work to save the Earth, there are some lighter moments. One example is Clark explaining his complicated relationship with Batman to Jon. And then there’s the case of poor Adam Strange, stranded in empty space, wondering where the planet Earth disappeared to.

Superman’s allies are dwindling to the Atom (Ray Palmer) and the Flash. There is a clever exchange where Ray offers to explain his plan to Superman, only to find that Clark has figured it out for himself. On the other hand, Barry just resigns himself to following instructions, “I’m just going to run where Ray tells me and do what Ray says!”

The artwork is amazing. It beautifully shows the sheer power at play in a conflict between Superman and foes that are on the same power level. The fight with Rogol Zaar is clearly no minor dustup, but rather a clash of near-gods.

Once again we see references to Rogol Zaar’s deep-seated hatred for Krypton and all things Kryptonian, but without any explanation of why he feels this way. It seems that a deeper exploration of Zaar’s backstory is overdue, so that we can know what lies behind his antipathy towards Krypton – and what his connection to Krypton’s destruction actually is.

I admit that I had some trepidation about this title when Bendis took over the reins after Peter J. Tomasi’s superb run. However, Bendis is showing that he is fully capable of maintaining the high bar set by his predecessors. If this issue is any indication, the Superman titles are in good hands.