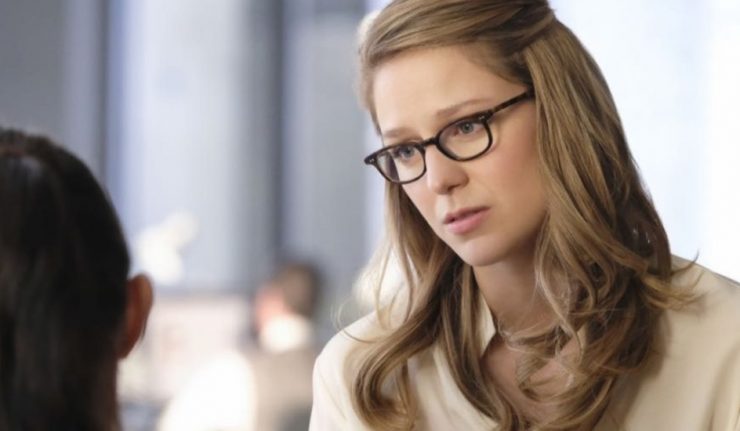 Supergirl is called into action when remnants of Cadmus attempt to assassinate pro-alien leaders, but their endgame turns out to be more sinister than she thinks.

The writers have used aliens on Earth as a metaphor for real life prejudice since the show moved to the CW and have slowly been building to this point. A sort of hate group has emerged, led by Agent liberty, to fight against the aliens. This is handled very well. The writers understand how people justify anger and violence through a false of sense patriotism. I think Agent Liberty could end up being one of the scarier villains we’ve seen in the Greg Berlanti shows. He’s someone who is taking our values and twisting them to fit a horrible agenda; I’m excited to see where the writers take him.

Another element that feels socially relevant is the use of chat rooms. This hate group finds support online; it validates their belief system and pushes them further. It is very much a cult but with the ability to reach a far wider audience; that’s terrifying both in the real world and in the context of the show. Additionally, this challenges Kara. These aren’t super villains or terrorists. They’re people; they have families and they go to work like everyone else. She doesn’t know how to fight that.

I love Kara’s arc in this episode. She is somewhat ignorant of how bad the situation is until it’s too late and it makes perfect sense. She’s alien but she looks human. And not just human; she is the most accepted version of a human. She’s white, blonde, pretty, thin and straight. Those attributes obviously don’t make her a bad person but she immediately has an advantage that others don’t. I like that the show challenges her in this way and how that puts her in conflict with J’onn.

Nicole Amber Maines is a fun addition to the cast. She has a lot of energy and I like that it gives Kara a new role. I’m interested in seeing more of this character.

Lena is back to being one of the more interesting characters. During most of last season, I felt that Lena got lost in the shuffle and it seemed like the writers weren’t sure what to do with her. The moral ambiguity that started last year with the kryptonite thankfully has not been forgotten. Lena is starting to act more like a Luthor. That does not mean I think she’s a villain nor do I think she will become one. Lena’s complex; she has good intentions and genuinely wants to help people. But she doesn’t care about the means to get there. She’s lying, manipulating and cheating the system to get what she wants. And I love that conflict. She believes that doing good deeds separates her from her family but her methodology only makes her more like them.

The subplot with Alex and Brainiac 5 is a little tedious. The episode needed something for them to do but it’s not that interesting. Alex misses Wynn so she’s mean to Brainiac 5. It’s fine but it feels like filler.

This is a strong opener. The themes and conflicts are a natural continuation of the show and the characters within. It’s not the most exciting episode in terms of action but the episode has more important, or at least more interesting, goals. It puts the show into a new status quo that I like and sets up the new story lines and arcs well. I am really excited about this season.