Seeking vengeance on KGBeast for the shooting of Dick Grayson aka Nightwing, Batman has ventured on a dangerous trek through snow and ice to find the villain. Nestled in a cabin in the mountains alongside the body of his dead father, KGBeast waits. Batman’s vengeance is close to an end. 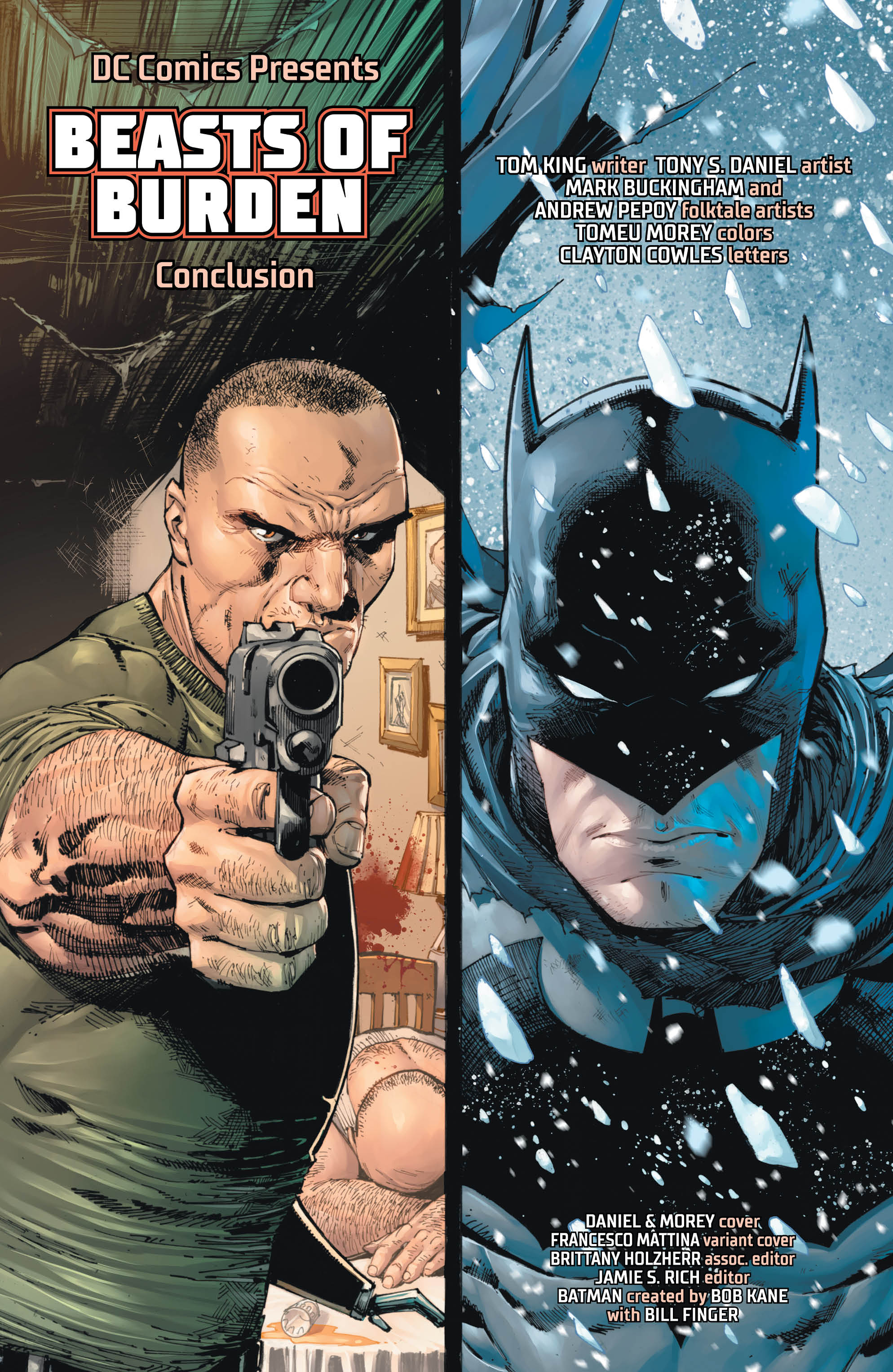 Tom King gives us nothing but action in this issue and I loved it! Finally making it to KGBeast’s cabin covered in nothing but snow, Batman is set to turn the knob on the door. Suddenly there’s gunfire from the other side as KGBeast sets out his trap! From there it turns into a brutal fight between the two men, as Batman throws a batarang through the window, stabbing the villain in his arm. Once KGBeast rushes outside it’s a struggle between the two for the upper hand surrounded by nothing but cold and snow. There’s hardly a word said between the two until the fight is over, when Batman uses his grapnel gun to break KGBeast’s neck! KGBeast is alive, however now paralyzed in the snow. Offering Batman information on the people that hired him to shoot Nightwing, KGBeast asks Batman for help. Batman’s response was simple– he’s the world’s greatest detective, he’ll find out on his own, then he proceeds to tell KGBeast to get his own damn help! The villain is forced to lay there as the snow slowly begins to pile on while Batman walks off in the distance–with a gunshot wound, but alive. 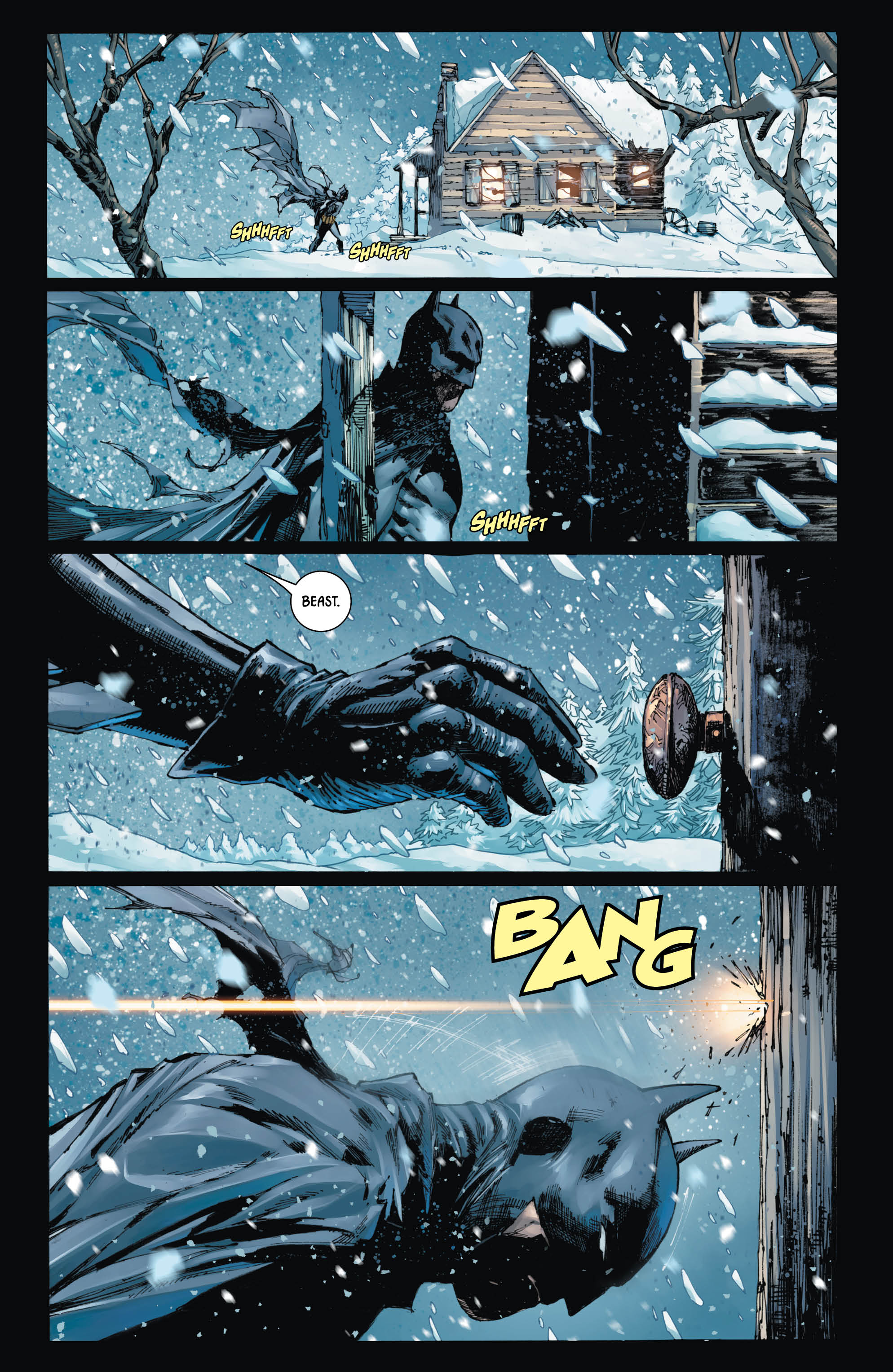 I have zero negatives about this book. Tom King gave you Batman as his core as a survivor in this issue and I enjoyed it! Everything from the action to the writing was perfect and Tony S. Daniel’s art compliments the book further. You can see the intensity in Batman’s and KGBeast’s face in each scene, and it makes you feel the bitter hatred they have for each other. There wasn’t a single page I didn’t find myself glued to, trying to see what exactly was going to happen next! And the ending in itself was epic–it says everything about how unforgiving Batman can be. 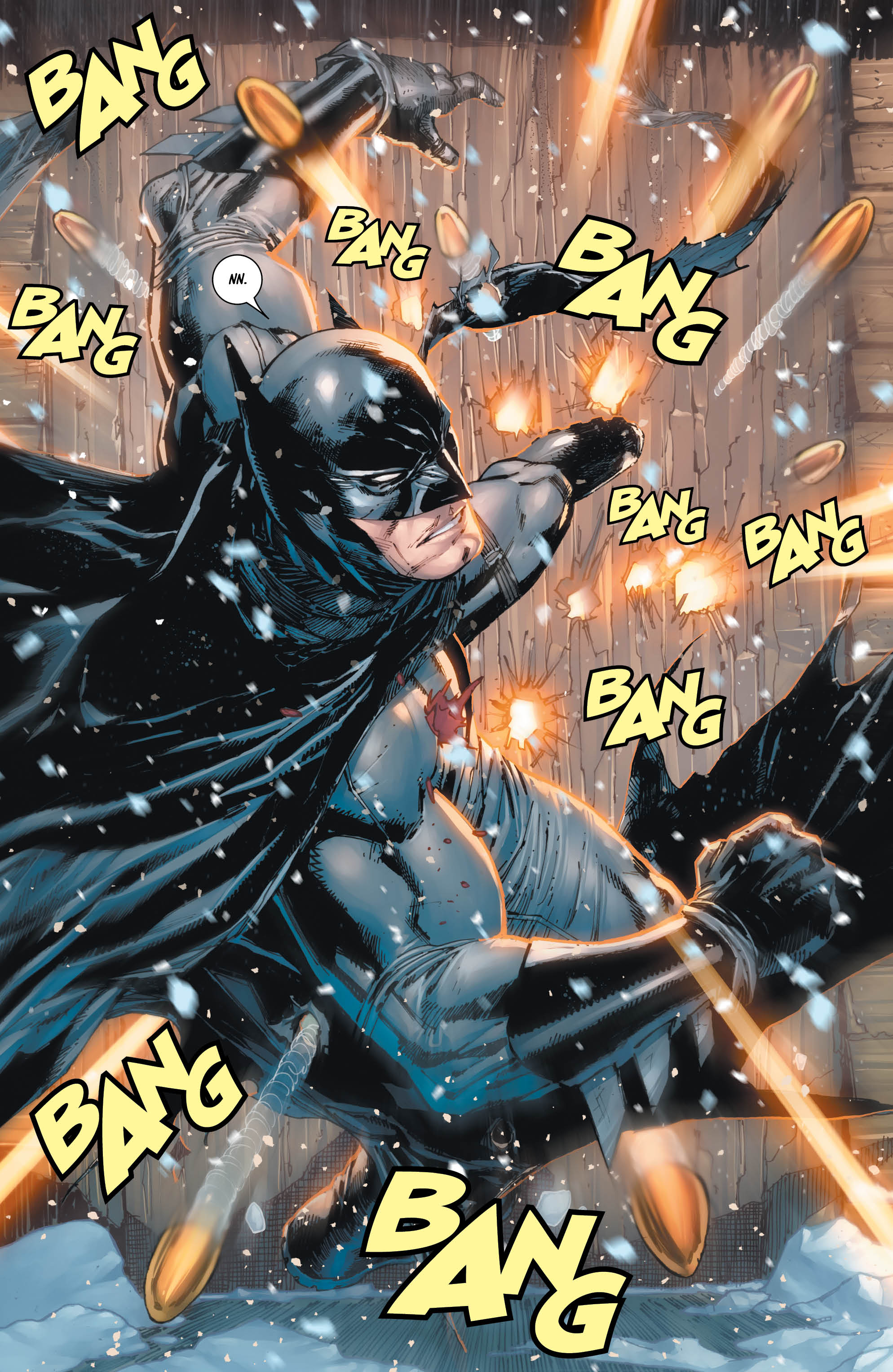 I enjoyed this book and I must say that this was one of the best issues I’ve read this far. Just the fact that there’s more to the story let’s you know that this is just the start of a long road of revenge for Batman. KGBeast mentions being hired by someone, so now Batman knows that this was more than just revenge. I’m definitely looking forward to reading the next issue of Batman!