When a famous Hollywood talent agent is found brutally murdered, suspicion and evidence seem to point to his most famous client, Oscar winning actor Magilla Gorilla. Dick Grayson, already in Tinseltown to meet with said agent, senses something suspicious. Donning his Nightwing costume and joining forces with the simian suspect, he’s got one night to prove that this monkey doesn’t belong in a cage. Plus, part three of a Secret Squirrel backup story written by J.M. DeMatteis. 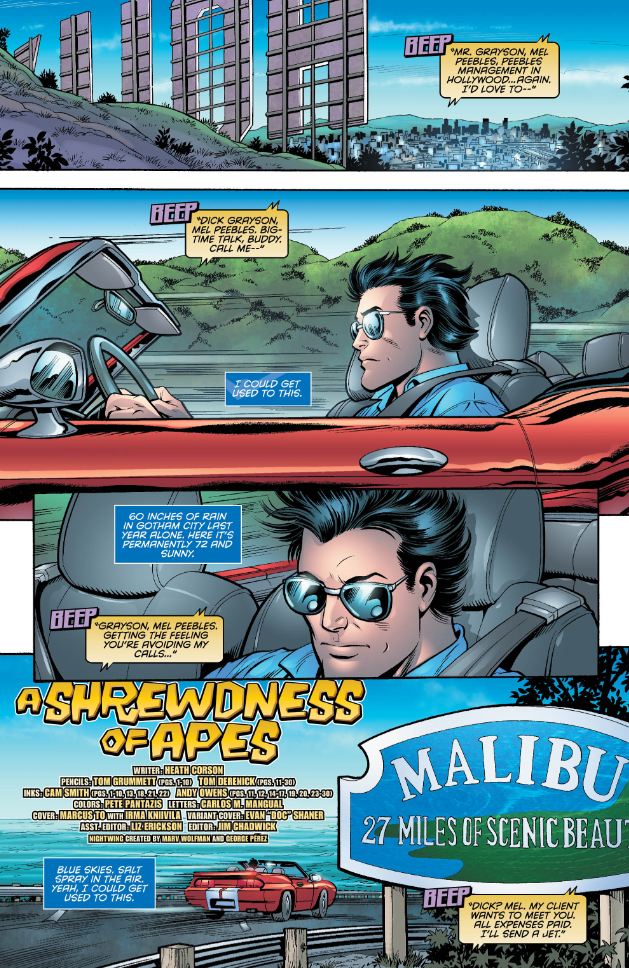 Apes and Humans interacting to solve a murder?  Is this a new chapter in Planet of the Apes?  This DC/Hanna Barbera Mashup is why a comic reader reads comics.  What happens when you get a “father/son” story that involves two orphans raised in different families?  Grummett and Derenick pay great tribute to both character’s origins and paint Grape Ape in a different light.

As an avid comic reader that can remember the lighter side of the Hanna Barbera characters, it is very refreshing to see them interacting with each other and mainstays from the DC universe.  As previously stated in a Joker/Daffy Mashup, there is nothing unusual about a talking duck in Gotham.  Well, there is nothing unusual about Magilla Gorilla and Nightwing teaming up to solve a murder.  The artwork is perfect and it reads as a perfect blend to the Robin/Nightwing back stories. 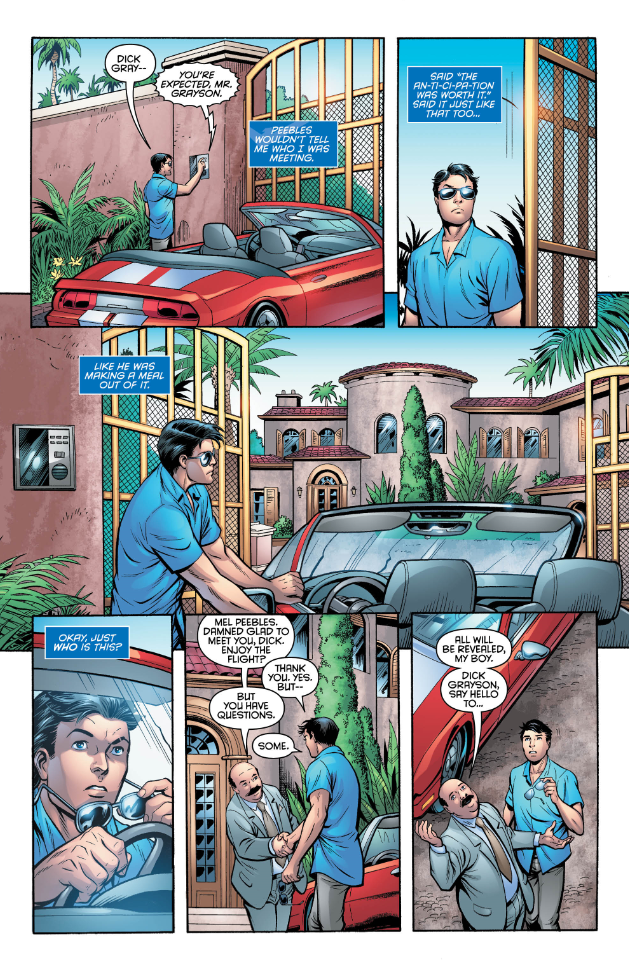 No negatives as the formula for a good mystery is reminiscent of the Scooby-Doo cartoons…..three suspects and then the mystery is solved….except by Nightwing and Magilla!

Each of these mashups remind us of why we love comics and when you blend characters from different universes, it reminds you of how much you love comics!