Supergirl is doing what she can to delve into her own past. She’s investigating whispers of a shady intergalactic entity: Rogol Zaar. The rumors all persist that point to her finally getting an answer to why the planet Krypton was ever destroyed. Roughing up the patrons and making an unlikely friend, she may not get the answers she needs. Kara’s determination leads her to where the whole kerfuffle started. 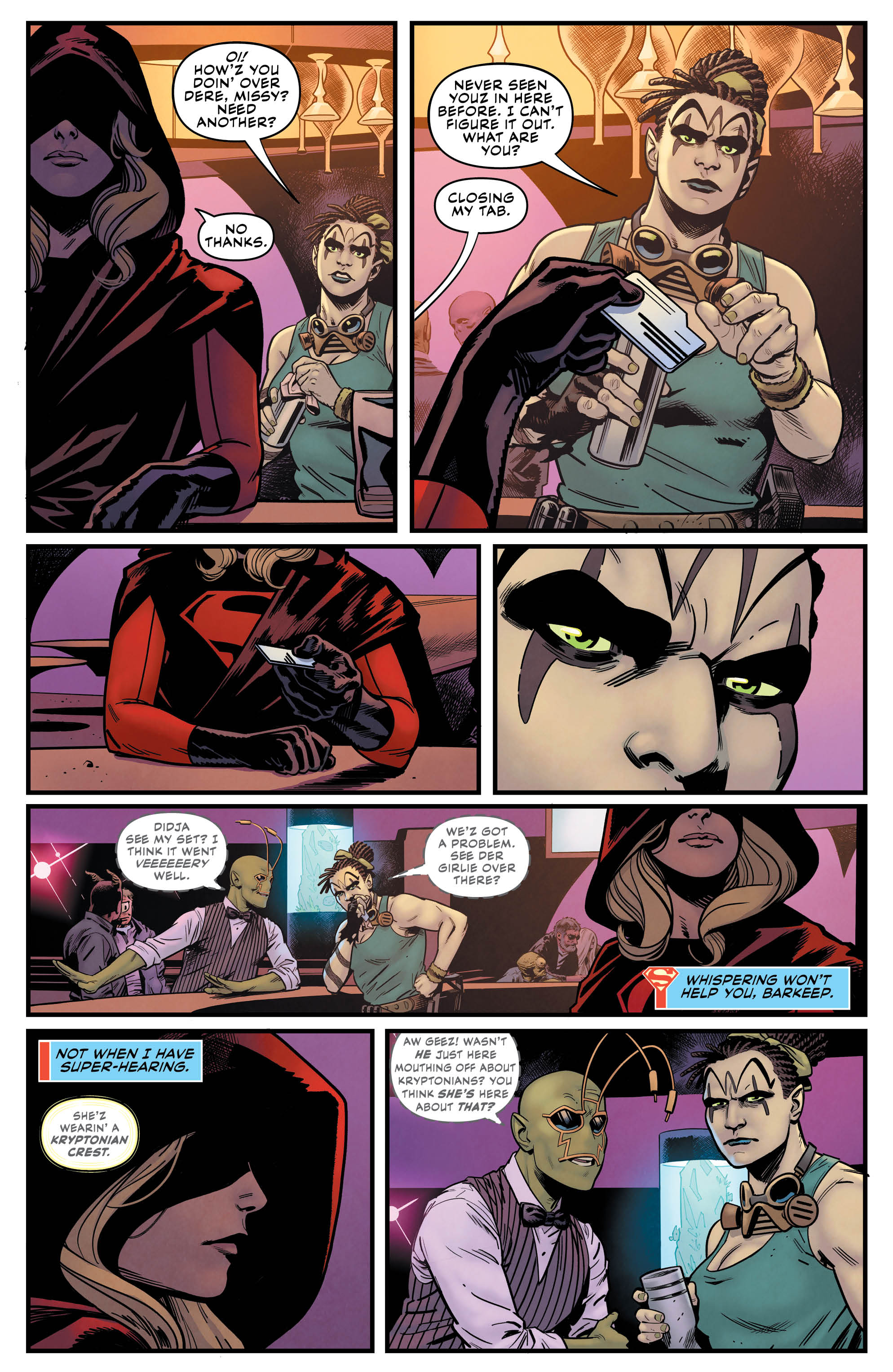 It’s a unique vision of Supergirl in this issue. She’s become very determined since the possibilities of an answer as to Krypton’s fate. She’s entered this bar, and made her intent to get information very clear. The whole tone is very noir. The space-age colors and odd looking aliens reminds us that we’re in comic book science fiction, but this doesn’t seem out of place in a detective story in the 20’s. 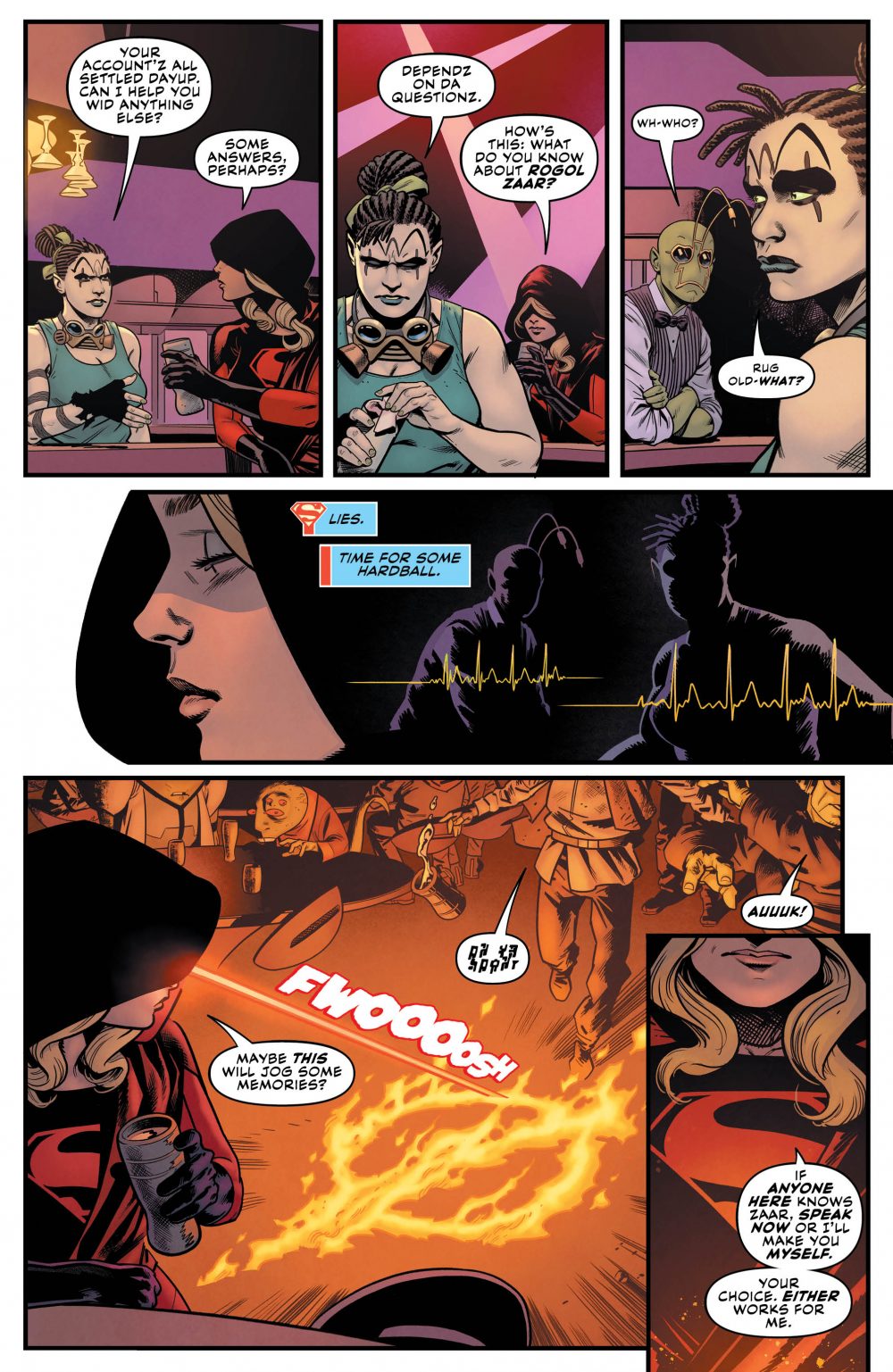 Supergirl acts with a great deal more conviction than her cousin Superman. One of my personal appeals toward the character. Sure, she’s nice and acts in ways that won’t be immediately dangerous, but she won’t keep the peace as well as Clark would. She only takes the aggressive stance because that’s what she wants to do; because she’s ‘not Kal’. That’s probably the best moment in the issue, showing her character and her distinctiveness in the Superman family very well. 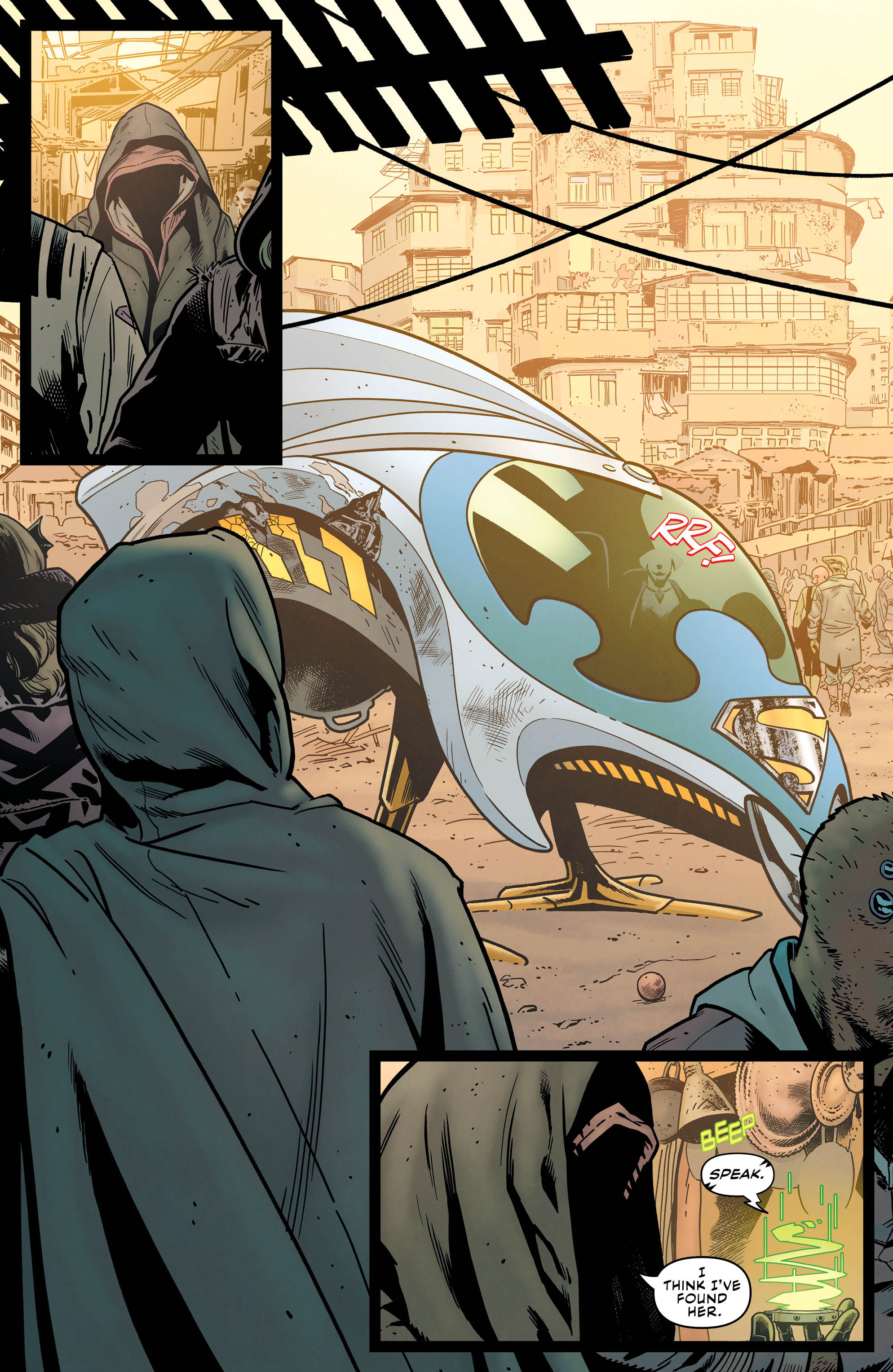 The ongoing storyline is quite compelling, issue to issue. To be able to have characters speak across decades of comics is deeply interesting. If we get a definitive answer to the reasons why Krypton was destroyed, it’d detract from some of the mythos of Superman, but it’d open possibilities for prequel stories of these events happening. Plus knowing the cause can give way to Flashpoint-like stories of it being undone.

That said, this issue does very little to contribute to that ongoing narrative. We see Kara investigate. We feel her frustration at the dead end. We ride with her and the conveniently placed stranger to where issue #25 will start. We don’t really get anything new other than the change of interstellar scenery, and the vague figures watching Kara’s efforts from afar. 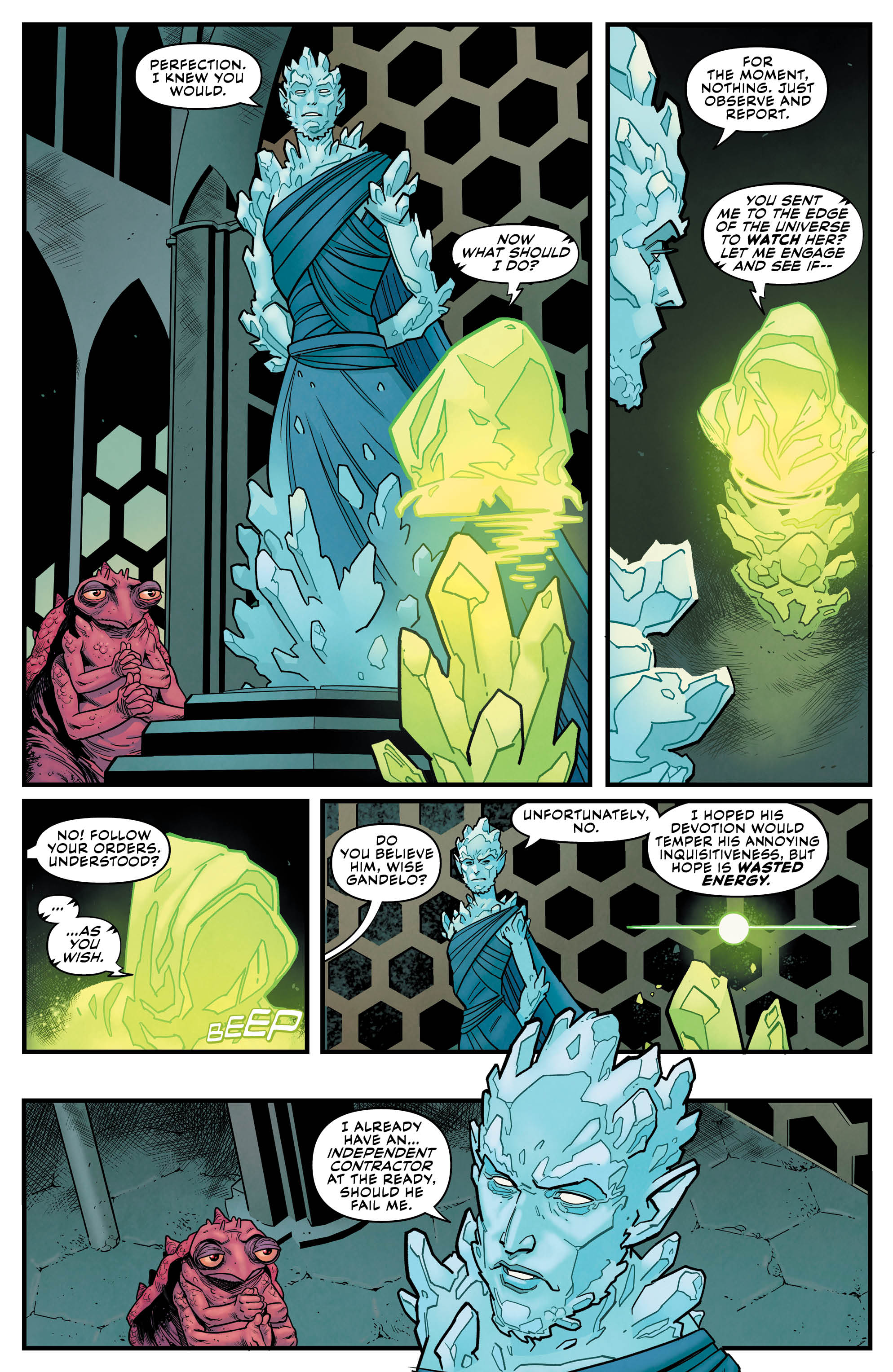 This is a great extension of the current storyline. It’s more of a pit stop than an important junction, or new turning. We can see all the complications and divergences that could lead the story further. The arc can go anywhere from here, making issues like this exciting points for readers like us to see the possibilities.