It is true? Has Scarlet surrendered? Did the new American Revolution fail already? It’s the unthinkable! Or is it? Discover the truth in the latest explosive chapter of the epic story set in a world we may soon find ourselves in, as those pushed by corruption decide to push back. From writer Brian Michael Bendis and artist Alex Maleev, the creators who brought you the Eisner Award-winning Daredevil and Iron Man!

Alex Maleev’s cover is cool. Social media is obviously playing a big part in this story. The characters can’t really make a decision without it being filmed on multiple cameras; I like how that’s represented in this image. 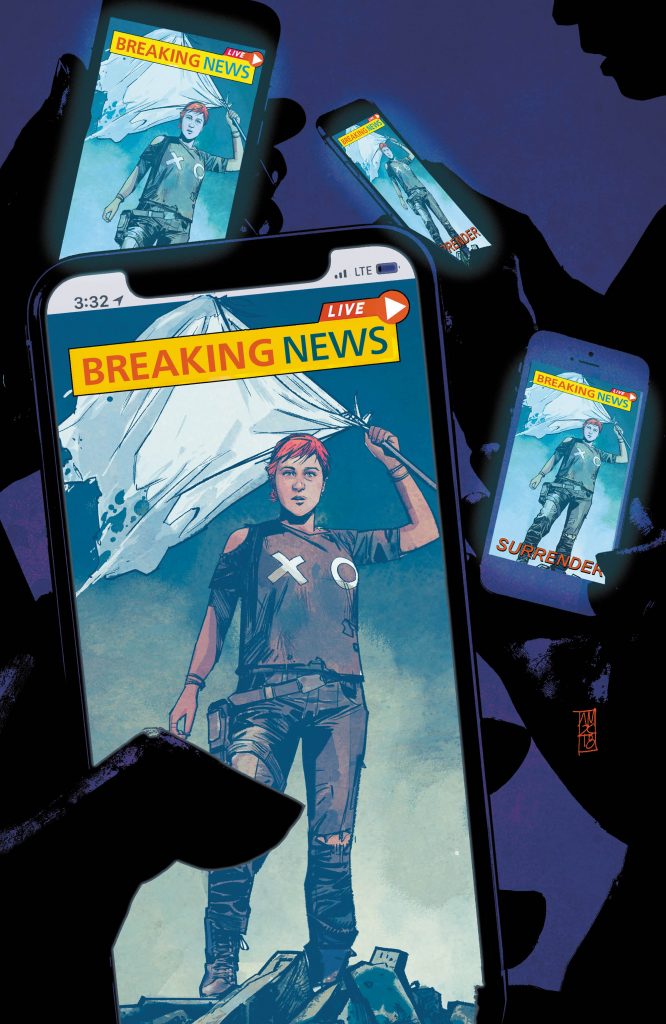 A good chunk of the issue is spent on a conversation between Scarlet and the special forces agent. It’s the first, and so far, only time Scarlet has felt like a person. Brian Michael Bendis’ dialogue is fun and it actually does add some desperately needed pathos to this story.

I’m not in love with the art. It does fit the tone but I don’t find it very appealing to look at. There’s not enough detail for me especially in the faces. 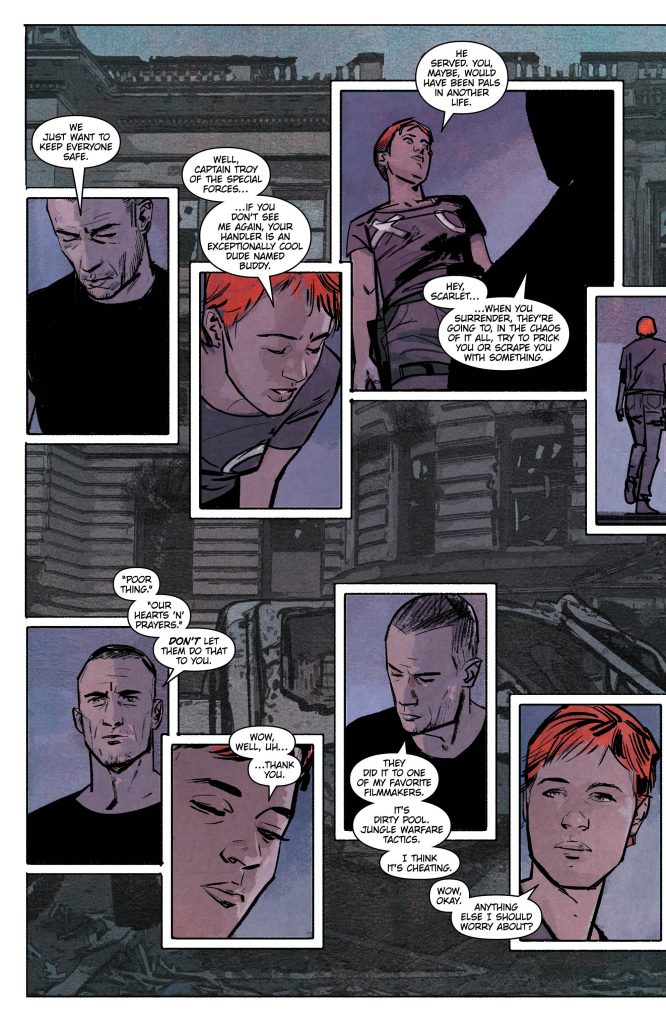 The first part of the issue had really turned me around on this series. I felt like it was finally going somewhere. And then the ending happens. Scarlet’s sacrifice is just a clever ruse. All the potential depth and maturity the first conversation had is practically thrown out the window and the entire thing is back to being unbearably obnoxious.

This is the best issue of the series so far. However, that isn’t really saying much. I enjoyed the opening scene. Bendis’ dialogue is quite good and I love how long it is. Bendis takes his time and it works. I feel like I do have a sense of Scarlet’s personality now. But the ending is pretty uninteresting from both a character and plot standpoint. Most of the goodwill earned by the first scene is gone by the end of the issue.