The Dreaming has a new master.

As its rightful steward, Lucien, wrestles with the slow decay of his mind, the realm of wonders slips into totalitarianism beneath the thunderous gavel of Judge Ezekiel Gallows.

But as the gates are fortified and the citizens terrorized by a foul new form of execution, something far greater and more terrifying slouches toward the Dreaming to be born.

With nowhere else to turn, it’s time to seek the counsel of the Endless…

Cain decides to confront the strange geometrical construction that has appeared in the Dreaming, and surprisingly it responds to Cain. Apparently, a “divinity” is about to be born, and the denizens of the dreaming must undergo “clarification” – a reassessment of their basic essences – if they are “to find favour in the new realm.” 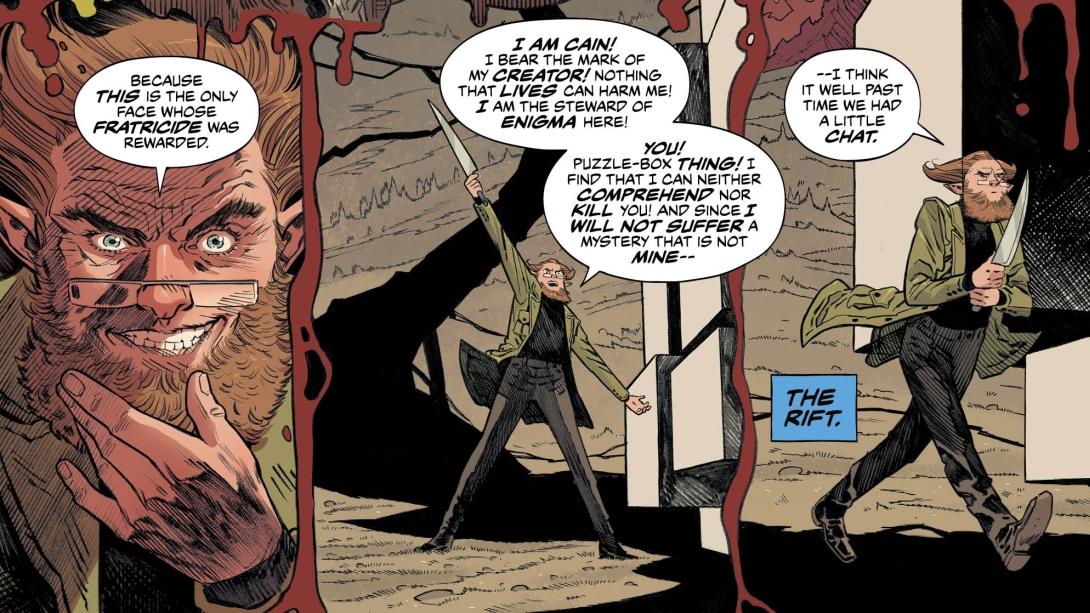 Thus, Cain is forced to make a realization about himself and Abel. Cain has long been considered the first murderer and Abel the first victim. But looking at their original story, it was Abel that won favour with God by making an animal sacrifice, meaning that Abel had killed living beings before Cain murdered him. In fact, Abel is the first killer.

As for Abel, Judge Gallows has put his affinity for secrets to use screening the dreamers as they enter the Dreaming, watching for Demons sneaking in amongst the Dreamers – a function that Abel proves surprisingly good at.

We also get a look at the Fulcrum, the abandoned realm of Dream’s brother Destruction. Lucien has Dora help him wrest Dream’s helm from Judge Gallows, then take him to the Fulcrum, apparently to destroy the helm so that Gallows can’t use it. 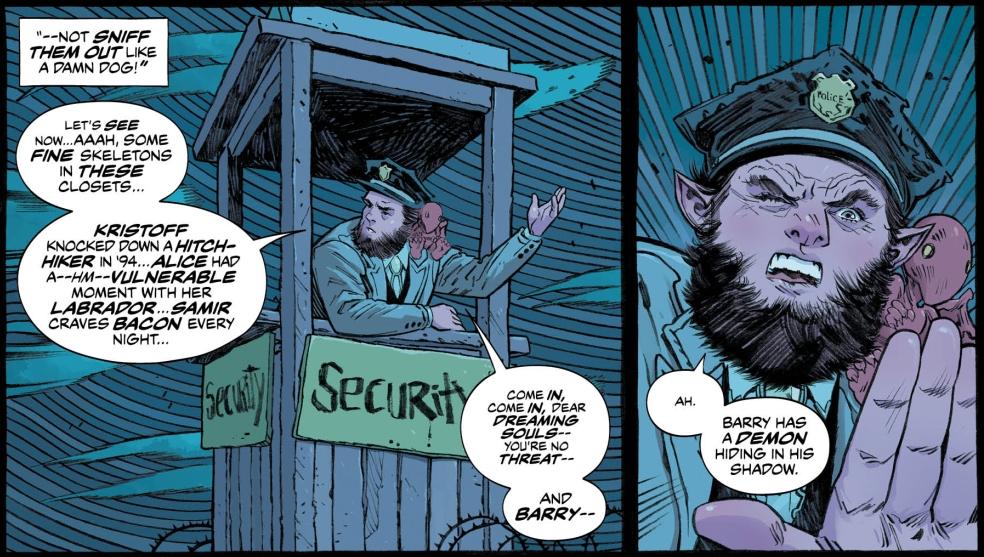 The story so far has been quite engaging with little to complain about. If anything, I would have appreciated some hint about where Daniel has gone and what he’s up to, but I presume that we will catch up with him at some point further on in the story.

The Dreaming is a fascinating and enjoyable follow-up to Gaiman’s Sandman and the original run of this title. I look forward to learning more Secrets and Mysteries about Dream’s realm in upcoming issues.

Review: Adventures Of The Super Sons #5