Review: Adventures Of The Super Sons #5

The Super Sons need a break!! After the space adventures of the past few issues, Jon (Superboy) and Damian (Robin) take what they think is a peaceful diversion to what winds up being a miracle-machine planet (as tends to happen in deep space). There, they get a look at their potential future selves, including a surprising preview of parenthood!

In this issue we meet the caretakers of the House of Secret Mysteries, Kainn and Labell. These are a nod to longtime DC horror title hosts, and current denizens of the Dreaming, Cain and Abel. They are a nod to DC history, but are they related to their near-namesakes? 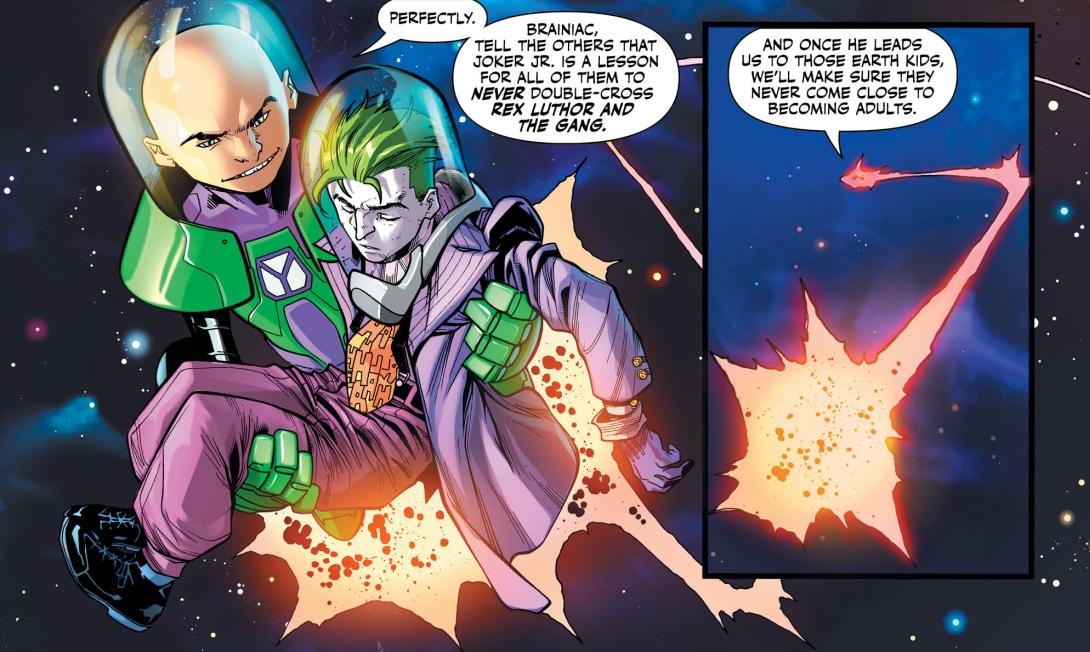 Well, it turns out that they and the house were created by something called the Wonder Machine, from “half-remembered thoughts from the underbrush of nightmares,” implying some oblique connection to the Dreaming. This is further bolstered by the Wonder Machine explaining that it is able to make dreams become “just-so-nearly true.” It keeps you trapped in a vision of your deepest desires, while feeding off your emotions.

It tells a lot about the boys that they do not fall prey to having their dreams of adulthood fulfilled. Even more so that they inspire their grown up doppelgängers to become real enough to save their younger counterparts.

Also, I kind of wonder if the Wonder Machine is somehow connected to the a similarly named device, the Miracle Machine, introduced in the early adventures of the Legion of Super-Heroes. I wonder if we’ll ever see the Wonder Machine or the planet of Secret Mysteries again in the future. 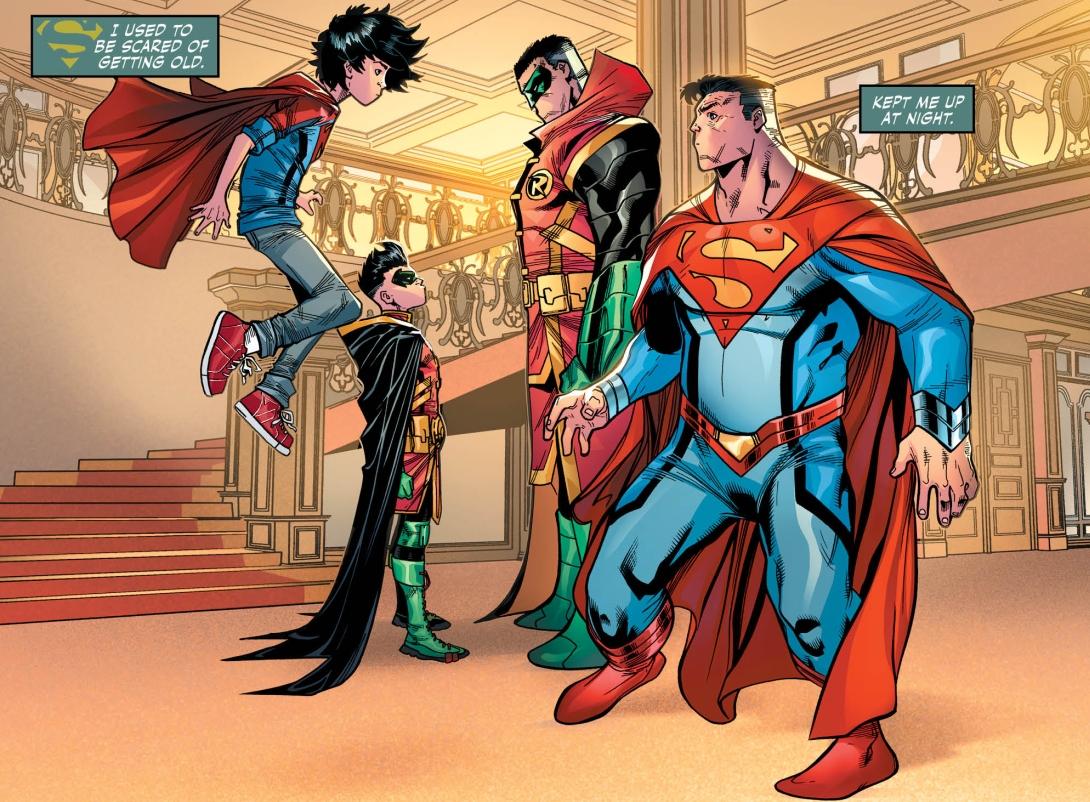 Once again, there’s not really anything to complain about. There appear to be major changes in the near future for Damian and Jon elsewhere in the DC titles, so it’s a shame that these adventures will not continue indefinitely. However, it’s great that we get this miniseries to enjoy for now.

Once again Tomasi treats us to an incredibly fun adventure of the junior World’s Finest team. I wish this series wasn’t limited to a mini, but at least we have seven more issues to look forward to.