In the 100th episode, Barry and Nora take a daring trip back in time to gather items in an elaborate strategy against Cicada which forces Barry to reveal facts about his history Nora wasn’t aware of.

It took a long time, but here we are at 100 episodes of one of the best superhero shows on the CW and TV in general, and it was packed with nostalgic moments and imaginative twists.

The father-daughter trip back into the past was supplied with a solid legitimate reason to justify what Barry had sworn off against. The Flash’s experiences with time travel have always been wrought with missteps and consequences, none bigger than Flashpoint. However, given the rarity of the items needed to set an elaborate trap for Cicada, there was no other way. Plus no other motive would’ve been more relevant for Barry to risk damage to the timeline again, this time with his daughter in tow. 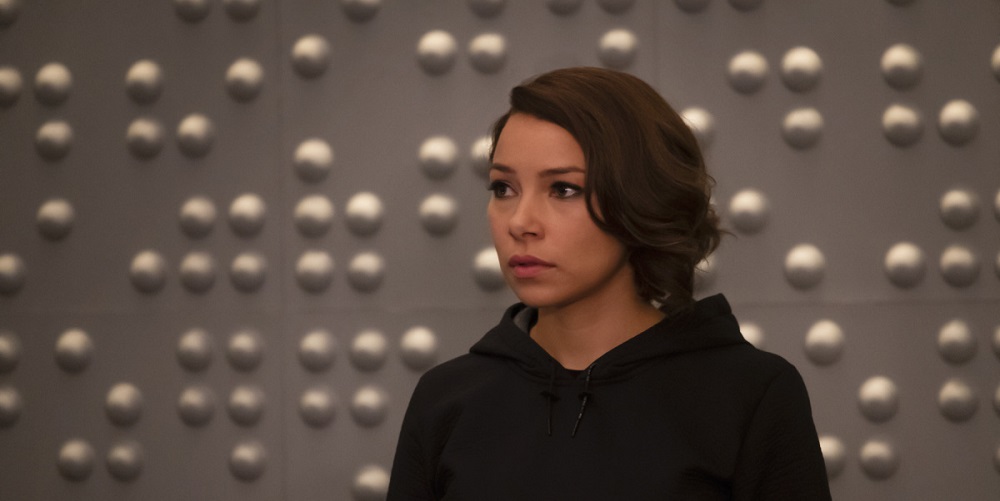 The fact that it was Nora’s plan made it a very Nora-centric episode, which admittedly requires a second viewing. And best of all, this was one of those episodes that you wanted to watch again. The writers’ did a masterful job to orchestrate a justifiable reason to go back and editing put a lot of Back To The Future style editing of old footage synced up to the new. Hell, “Back In Time,” that Huey Lewis classic from that film, made a cameo thanks to Ralph, which got big laughs and synced up perfectly as Nora and Barry ran into the Speed Force. For new fans, Nora provided the eyes and ears of these newcomers seeing these epic moments and possibly inspiring them to look back on those seasons to get caught up. Jessica did a fantastic job with shock and awe at all that her character did not learn in the Flash museum in 2049. One of her best scenes were when Barry revealed the truth about the cause of his hatred of The Reverse-Flash. You could tell by the look on her face that she genuinely was shocked to learn this and was hurt that Barry tried to keep this to himself. Scenes with her having fun with her dad, even showing the evolution of their relationship to her teasing him with the “old man” crack. It was poignant in that particular scene that she and Barry were watching Henry and Nora Allen on the porch before Thawne ripped apart their lives. It all started, of course, with them that night so no better way to cap off their time travel adventure with the very beginning of the series. We will touch on the twist ending scene later, since that bit was another of Jessica’s best scenes this week. 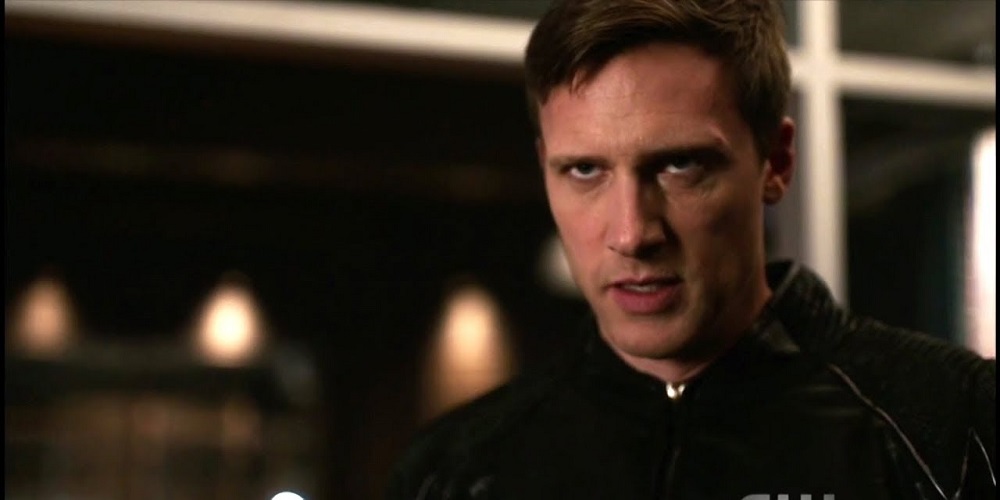 The decision to have Barry and Nora not only visit but interact with the past – both deliberately and accidental – was right in that it made the trip all the more interactive. From Harry Wells and Zoom encountering present-day Barry to Eobard Thawne during season two’s time travel adventure, Grant and Jessica were on their A-Game. It was great seeing Teddy Sears back as Hunter Zolomon, and it wasn’t even questionable as to how he could be fast enough to both take Caitlin and run into Barry because a) he’s fast enough to do it, and b) this is the Time Remnant addict. Sears’ work during the second season left an indelible mark on the show’s direction and main characters. Further, if it didn’t incorporate the reptile-like voice of Tony Todd as Zoom, the encounter would’ve fallen flat. There is no Zoom without Todd, just as there’s no Hunter Zolomon without Sears; the CGI Black Flash he turns into barely holds a candle to the real thing. Tom Cavanaugh was also at his best as both director of this episode as well as playing not one, but three versions of Harrison Wells. Like a chameleon, he effortlessly leaped from Sherloque to Harry to Thawne and back to Sherloque. As much as it was a Nora-centric episode it was also shared with an equal amount of Wells. Given what he had discovered about both Cicada and Nora’s journal, his role on Team Flash is becoming all the more relevant and essential. “Evil Wells” moments like the foreshadowing of his hand through Cisco’s chest and him being admitted to the hospital the same night as Barry made the most sense. What also made sense in this episode was the flashbacks to all significant parties – Barry, DeVoe, Stein, Ronnie, and the Mardon brothers – during the 2013 particle accelerator explosion. The starting points of these significant players in this show had to have a spotlight for episode 100. 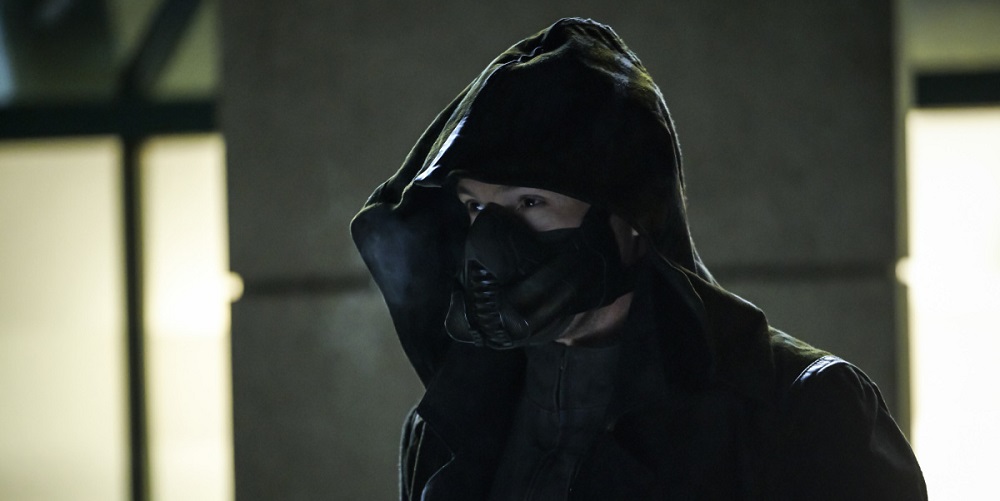 The planned attack on Cicada not only reveals the extent of the bond between he and the Mjolnir-like dagger – He actually called it back from frickin’ space?! – but touches on a very key point of focus. Killer Frost is their ace in the hole since her origins have nothing to do with dark matter, and is therefore immune to Cicada’s power-dampening trick. It made sense for all hands on deck – including Vibe, presumed dead to protect Joe – since they thought this was the endgame via the dagger dampening trap. Sadly, they were all mistaken, but thanks to Killer Frost, Team Flash isn’t down yet. The fight is quick, and understandable given how much action the episode’s time travel provided. Although in vain, you feel that sense of triumph with Barry as he speed punches Dwyer into submission and the team gaining the upper hand. The exchange also reveals his extremist outlook; Orlun is so consumed with ridding the world of metahumans that he is even willing to throw himself on that funeral pyre. He’s not even concerned that he would leave his niece an orphan again. However, it also gives one a moment to pause to consider that he knows he, himself, is dangerous, again alluding to his self-pity. He’s so convinced that ridding the world of the very threat to Grace’s safety that he fails to both see the silver linings in their presence, such as The Flash. Chris does a good job delivering an absolutist approach in tone to his responses to Barry through that mask. 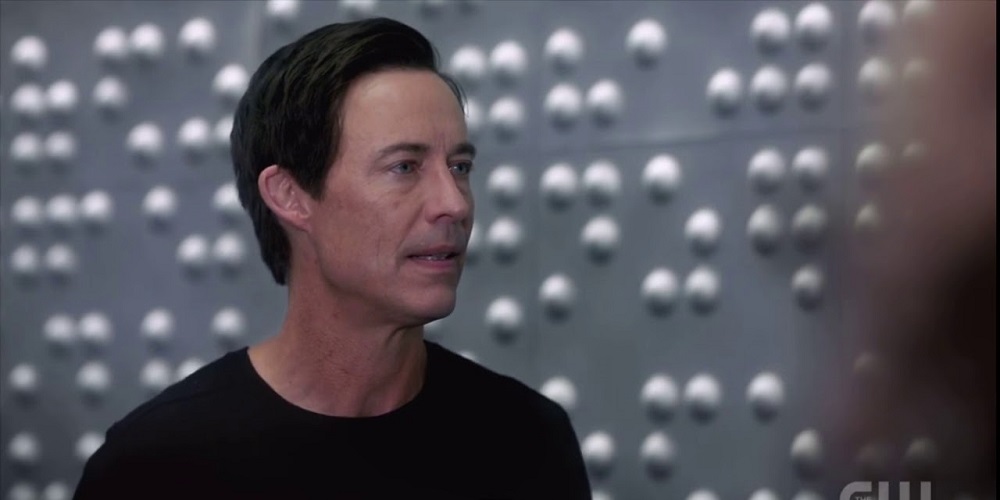 Now on to the twist ending, which wouldn’t be a Flash midseason finale without it. Another layer of Nora West-Allen has been revealed. She obviously played dumb in the time vault when Barry activated Gideon given how skilled she was in sending Eobard Thawne a message through her journal. The fact that it is The Reverse Flash behind Nora’s presence in 2018 makes one deduce who Nora turned to upon discovering both her abilities and her dad’s legacy. Who better than the man who was both his greatest nemesis and his one-time mentor? And, clearly, she was not privy to the full extent of his crimes towards her family. Iris had lied to her her entire life, withheld important information from her to protect her, so this was an obvious knee-jerk reaction that has blown up in her face. The fact that he is still wearing Harrison Wells’s face and not that of Matt Lescher – personally I prefer it given that Cavanaugh is the better Thawne – also raises a lot of questions. If he’s imprisoned in 2049, then at what stage in his timeline is he at? And again, why is he wearing Wells’ face? Is this what becomes of him after last year’s crossover event, which saw him wearing Wells’ visage? The Reverse-Flash’s timeline remnant survival is as much like that of a cockroach as Arrow‘s Ricardo Diaz; just when you think they’re gone, they pop right back up like a bad infestation. Using Nora as a tool to stick it to the Allen family even more so “that miserable SOB” level of low. And, since one of her decrypted lines from her journal reads “The timeline is malleable,” you even have to question just how far their alliance goes and what plan Nora has in mind to save her father from vanishing in 2024. Is he trying to play her the exact same way that he tried with Barry in the season finale? An excellent way to end the episode and has that shock value that season one’s “The Man in The Yellow Suit” delivered.

The problem sometimes with time travel episodes is that when you’re splicing past scenes with new, some elements don’t sync up as effortlessly as you hope. For example, when Zoom takes Caitlin and makes a break for it, the original episode saw Cisco run and stop at an open door. In this episode, the door was shut. It felt too much like a forced BTTF-style close-call moment; fans of the film trilogy can find similarities if they look hard enough. While Grant’s speed running is superb, he needs to give some tips to Jessica; her fake speed running really felt fake by the way she was moving her arms. You could almost feel the green screen behind them because of it; it had the aura of a lousy Live! With Kelly and Ryan promo segment. Lastly, while Tom’s performances this episode were great, the makeup department’s handling of his hair and beard were not. I understand it’s not easy making the actor look younger or have their hair styled almost exactly as it did five years back. However, I feel that it should’ve been handled in a different way. Sherloque Wells always wears a hat, so there’s no reason as to why Tom couldn’t have had his hair cut and hidden underneath it. Also, while Tom naturally grew a beard for the new Wells, the fake goatee just didn’t have that authenticity about it. And again, why is 2049 Thawne wearing Wells’s face? It messes with the chronological order while possibly making sense since Reverse-Flash’s timeline is all over the place.

While it had incredible moments that paid tribute to the series as a whole, there were times when the aesthetic failed and you could see the stitching. Other than that, Grant and Jessica were amazing in this episode and the twist hooks you in for the remainder of the season. And although I’d already seen it on Arrow, seeing John Wesley Shipp as the 1990s Flash in the Elseworlds teaser felt appropriate at the end of this series’ episode. Shipp’s version of Barry was my introduction to The Flash in general when I was ten; I was thrilled to see him cast in the pilot, I loved the fact they made him fill Jay Garrick’s boots, and I really feel like it’s come full circle to have his Barry Allen an official part of the multiverse. To use a term he and I actually agreed on when I met the guy and shook this hand last year at a convention, this is very surreal. I’m really looking forward to next week’s crossover, and hoping for 100 more adventures of The Fastest Man Alive. Grant and John have made me a Flash fan for life, and Tom delivered an excellent 100th installment of The Flash. On that note, I’m off to bed. See you guys next week when we see two other men filling those boots, and one of them is sporting a goatee.