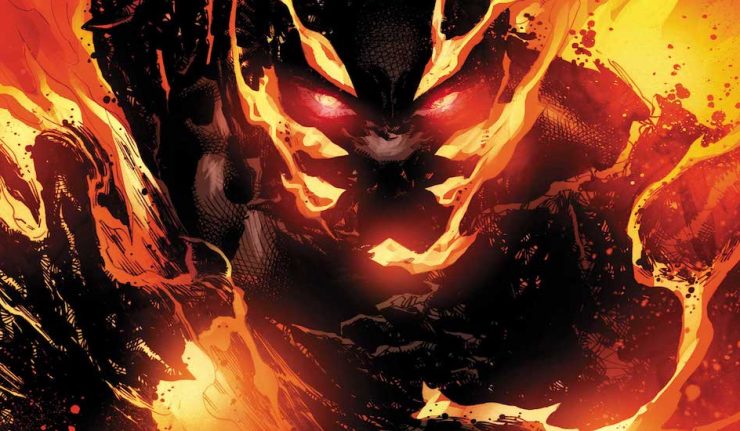 Brimstone never really “got off the ground” with DC’s loyal fanbase and never made its “mark” in sales in the direct market so this cancellation comes as no surprise.

“The Curse of Brimstone is a very personal sort of book, which is actually why I was doing it when Dan (DiDio) approached me about doing a supernatural kind of book.  I come from a very rural place in Pennsylvania.  The county I live in is the size of Rhode Island and has 40,000 people in it.  It is literally 99% white people; it is that kind of place.  It is coal country.  The coal mines moved out, factories moved in, factories moved out, nothing moved in, its a dying area.  And most of the US by geography is that-but that is not what we see in superhero comics.”