The second half of this season hit the ground running by picking up where things left off between Nora and her revealed benefactor/mentor, Eobard Thawne, apparently on death row in 2049. Her grappling with the revelation of his greatest crime against her family revolves strongly about this week’s prevailing theme of choice. We’ll go in order. 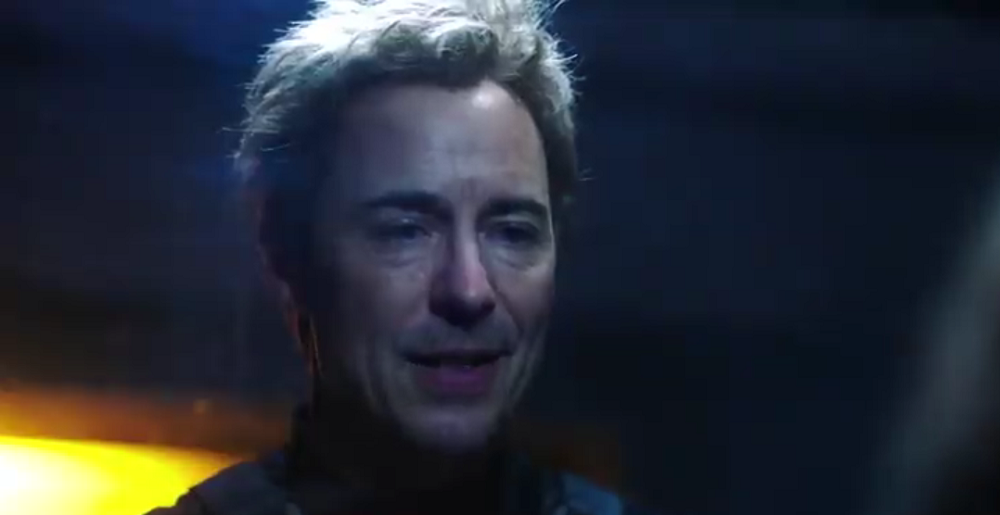 The scene between Nora and Thawne was very reminiscent of the infamous interrogation scene of season one’s finale “Fast Enough,” right down to some of Thawne’s initial dialogue. Jessica and Tom have better chemistry together when Tom is Thawne and not Sherloque Wells. Tom is at his best conveying the emotional complexity of the Reverse-Flash and his, well, reverse way of thinking. However, what is different in this next go-around for Tom as Reverse-Flash is the motive of repentance for his crimes. The writers do a brilliant job at making his reasons just and complex. Tom delivers his best emotional performance from this character yet in this episode.

His previous outings as Thawne have depicted him as cold, calculating, and ruthless. This time, we see an Eobard Thawne that is determined to ensure he’s not remembered by history as a villain, but rather a mentor to a budding young superhero. He comes across as someone trying to repent for the damage he’s done to the Allen family, and to Barry in particular. The scene also reveals that they have been communicating for a while and that it’s not a recent decision on Nora’s part. It stands to reason that Thawne has been training Nora in the basics of speed since she discovered her abilities, especially in time travel.

Jessica, in turn, delivers another impactful performance as a woman who feels betrayed and lied to by a man who withheld his true crime against her father from her. Laying this betrayal against the present-day dilemma of Weather Witch was perfect in that both seem to parallel, and Nora is so understandably hurt she can’t see the shades of difference. Their initial conversation that severs a trust established is perfectly bookended by Nora deciding to give Thawne a chance to prove his sincerity before his time literally runs out. The irony that Barry himself gives his daughter the incentive – through her mishandling of Joss Mardon – to allow even the worst of people to prove themselves is not lost on the viewer.

In her first outing, Weather Witch felt like a throwaway baddie, and I’m glad that they’ve expanded her story and allowed some depth. Reina’s performance differs from her first episode as Joss. The viewer sees a woman who has had time to reflect on her actions and is in a vulnerable position as opposed to the hellbent villain we had seen prior. However, it is through both the flat-out rejection by a still-vexed XS and influence of Silver Ghost that Joss falls off the redemption wagon.

That little smile she gives when she charges up her staff in lockup is very telling of a “to hell with it” attitude. The writers are obviously trying to give her emotional depth, especially having her discreetly save Nora from being run over after she manages to reach her with her apology. Barry noting that Nora now has her own Leonard Snart is a subtle nod that Weather Witch is Captain Cold’s potential replacement as a complex antagonist. Kudos on this decision and expanding her arc beyond this episode. And cool namedrop to Wayne Tech for that stolen A.R.G.U.S. vehicle. 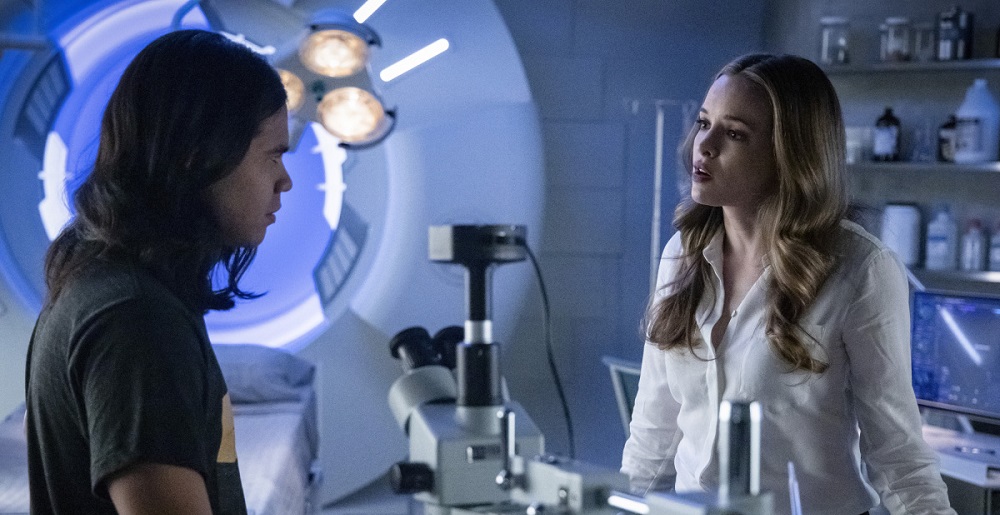 Carlos and Danielle have great scenes together in this episode as their characters grapple over Cisco’s desire to create a metahuman cure. Cisco’s time without the responsibilities of Vibe has given him the opportunity, as he said, to rediscover the good points of a normal life. What’s surprising is that he says he doesn’t want to be The Flash when 80% of the time he’s always been the most outspoken supporter of the superhero game. Being sidelined due to injury and watching the ups and downs of parenthood with Nora and Barry has provided him with a personal revelation. He wants the West-Allen family life but without the superhero hijinx.

This flies in the face of the good place Caitlin is in now with her once-despised alter-ego, Killer Frost. It was a good decision to have both sides of Ms. Snow to voice their opinion, but it’s easy to notice Danielle is cleverly injecting more of Caitlin’s softness into Frost’s demeanor. The issue of choice is strongest in this debate because it focuses on the backbone of the series, which is the metahuman community. The writers are smart in having Cisco present the argument that metahumans was a forced fate on Central City by both Thawne and inadvertently Team Flash in the season four finale. Further, they have his best friend contradict his viewpoint because after having just gotten Frost back, she doesn’t want to lose her and to not confuse his standpoint on normalcy with hers.

Thankfully, the resolution of creating a choice as opposed to a cure is genuine and not forced because this is not Marvel’s Iron Man vs. Captain America. They’re just two good friends that are alike enough to recognize where each other stands and balance each other out. 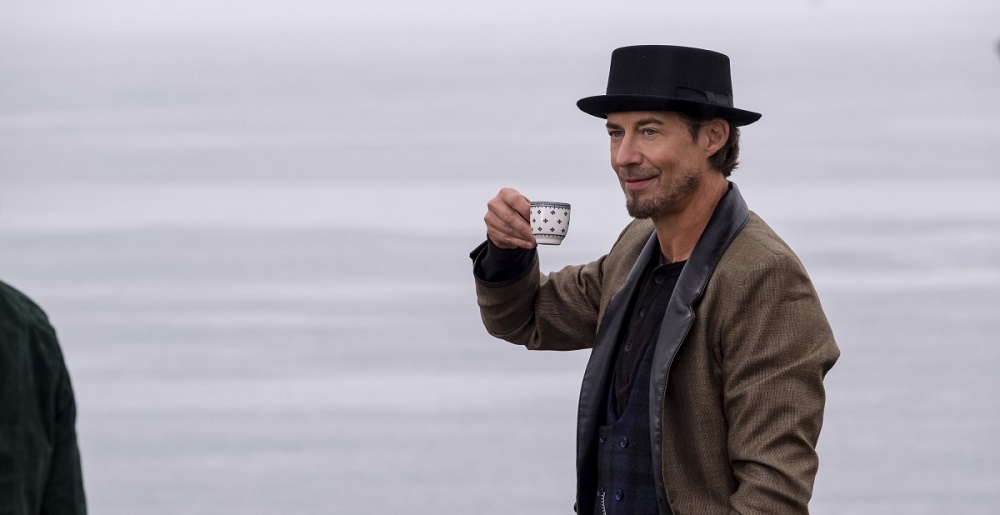 Sherloque Wells’ decision to investigate Nora in secret is providing the character with relevance to the overall plot. He was the first to sniff out that Nora didn’t come here by choice, and has taken time out of the Cicada investigation to probe further. Like many other Wellses before him, where you think you have his number he surprises you. The final scene with Gideon, who believes him to be Dr. Harrison Wells or Harry Wells, shows he is definitely close to exposing Nora thanks to increased evidence of her duplicity.

Silver Ghost seemed too straightforward a villainess with very little motivation beyond her dishonorable discharge. Like Weather Witch before her, her intro kind of fizzles as a Fast and Furious style antagonist. While providing a counterpoint to Joss, it’s a bit too settled in her role as a criminal with no depth at all. I’m hoping that Danielle is given more room to grow beyond a female Dom Turetto. As for Cecile’s explanations as to where Joe is, what do you mean he’s in Tibet?! That is so out of character. From Lazy Boy Joe to Buddha Joe? When are we going to see Detective Joe? Also, if Thawne’s timeline ends five year ago, why is he on death row in 2049? And why is he still wearing Wells’s face? That is a plot hole that has to be solved sooner or later.

The Nora-Thawne storyline has me engaged because Reverse-Flash is always best handled when you don’t see the twist coming. I’m ignoring the aforementioned plot hole for the moment. The foundation laid for Weather Witch is a big course correction and better acting on Joss’s part. Jessica was at the top of her game this week since this felt like a Nora-centric episode since Barry was incapacitated.

The Batman To Get A Second Villain