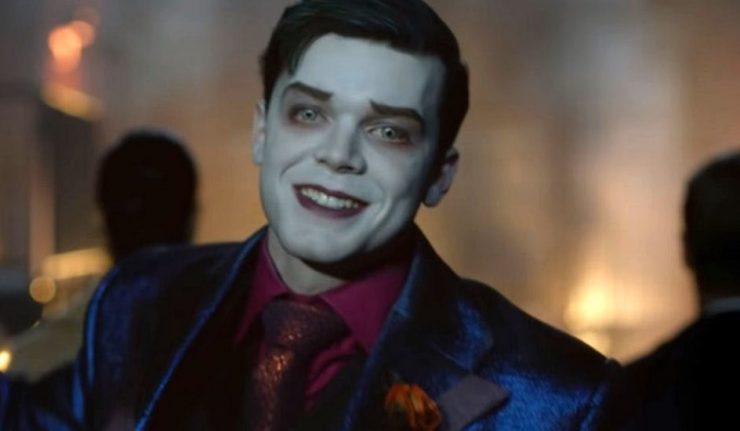 Gordon races to uncover the criminal element threatening to end talks of Gotham’s reunification with the mainland. A very much alive Jeremiah returns and organizes a twisted recreation of the murder of Bruce’s parents with the help of Jervis Tetch aka Mad Hatter.

Cameron Monaghan is terrific. Jeremiah’s desperation to create some kind of connection with Bruce is oddly compelling. I like that Jeremiah’s need and want for a brother is the main thing that carried over when Jerome gassed him. His plan is twisted and weird as well as being a fun way to reference Tim Burton’s 1989 Batman.

Jeremiah recreates Mark of Zorro with himself in the title role and it’s pretty great. It might be one of my favorite scenes of the entire show.

This episode is really tight. It is still has the typical structure of the show with an A, B and C plot. But the writers are able to converge and relate them all by the end. This season of the show has a lot more focus and this episode is a great example of that.

The scenes between Jim and Lee at the end was a little cringe worthy for me. Despite the actors having great chemistry, for obvious reasons, this relationship has been weird for a while. And this scene reminded me of why. There’s so much bizarre baggage that they’re not any fun to watch together anymore; the episode even reminds us of some of this baggage. And it’s all played a little too straight. Whenever the story is dealing with this relationship, it’s done without the dark humor or self aware tone. I have to take it seriously and I can’t because these two characters are terrible for each other.

This is an excellent episode. Cameron Monaghan being front and center always seems to bring on the writers’ A game. They have a real vision for Joker, multiple visions if we’re being honest, and it makes for gripping television. As different and weird as the details are, this feels like a classic conflict between Batman and the Joker and I loved it.