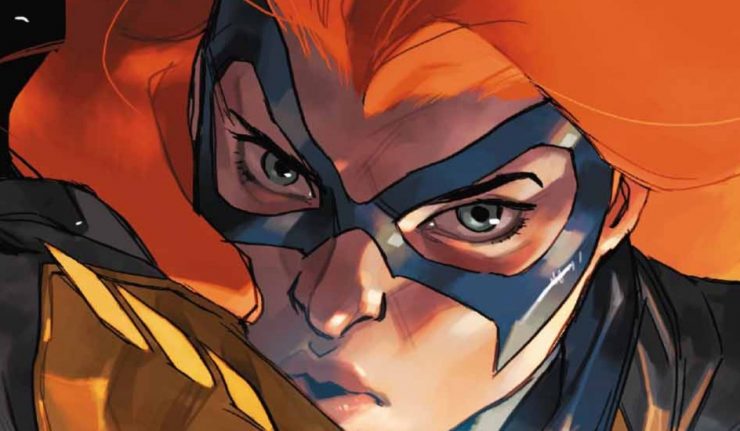 It’s Election Day in Gotham City and Barbara Gordon is running ragged on both ends as she tries to balance campaigning for her new boss with keeping the peace as a superhero. Could the sudden appearance of her murderous brother, James Jr., push her over the edge?

I like the cover by Emanuela Lupacchino, Mick Gray and Dave McCaig. The fiery orange color scheme is very effective. It looks cool and intense.

The interior art is solid.  Elena Casagrande brings a cool style to the book. There’s a heavy emphasis on Babs’ eyes which is an effective tool throughout the issue due to how personal this story is.

This issue is a massive challenge to Barbara. She can’t face the possibility of her brother getting better; she dismisses the idea out of hand. And the frustration pushes her over the edge. This is the most like Bruce I’ve ever seen her depicted and it scares her.

James Jr. is interesting. It does seem like he is better and seeing what he has to deal with in a retail shift is fun.

This is a great issue. It’s very character focused. I really enjoyed seeing Batgirl challenged and pushed to the edge like this. It’s sympathetic and fascinating. The art is very cool as well; I really enjoyed this issue.