As Bane enacts his final plan for Gotham’s destruction, Gordon rallies his former enemies to save the city. Meanwhile, Nyssa al Ghul kidnaps Barbara’s newborn daughter with ambitions to raise her as her own. Then, Bruce’s decision to leave Gotham points him to his destiny, while devastating Selina. 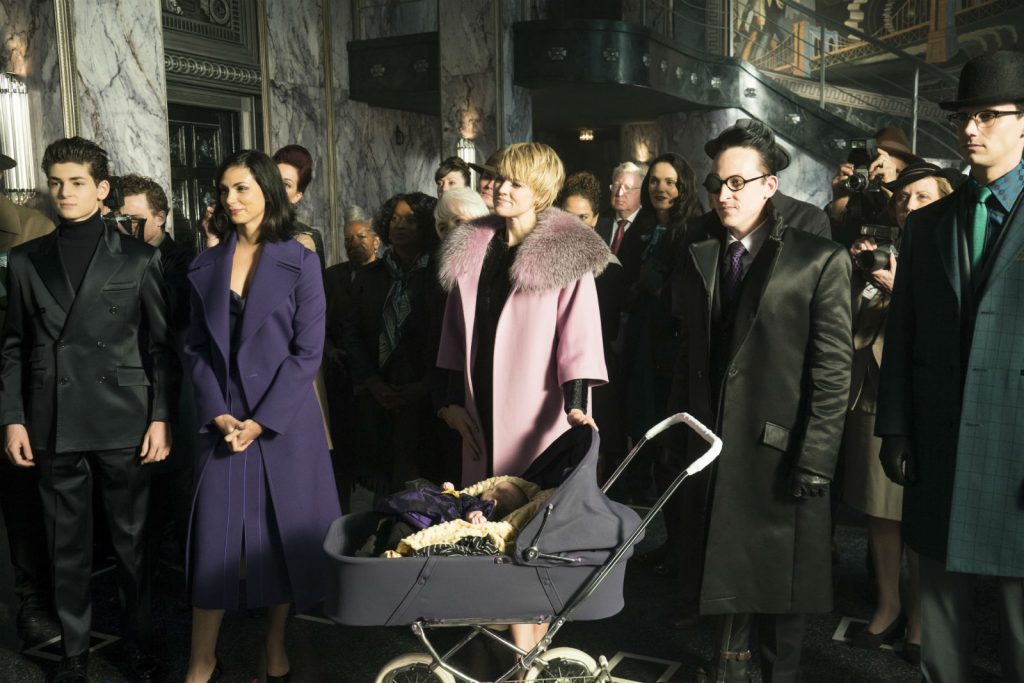 The biggest surprise of the episode is that Barbara lives. Ever since she got pregnant, I have been convinced that she was going to die and that Gordon would name the baby after her as a way of honoring her. I actually thought it was cool that she survived and named the baby herself.

The fight between Bruce, Selina and Bane is solid. I like that Bruce is given definitive proof that his viewpoint is wrong to a point. He spends the entire episode grumbling about everything being his fault and it’s why he chooses to leave. But Selina is able to defend herself in a really badass way. Bruce fails to see that he is not responsible for everyone; Selina can take care of herself. I like that the conflict between Batman and Catwoman is born out of Bruce’s refusal to trust and respect Selina.

There’s a decent amount of weight given to Barbara Gordon’s. It’s not like the one day old baby has a character arc or anything but her birth feels like a big deal. This is a character that hasn’t gotten a lot of love in live action outside of the 60s so I’m somewhat grasping at straws. I’m just happy she’s included in this weird show’s mythos.

The finales of this show tend to be a highlight. And while this technically isn’t the finale, it is the end to the season’s over arching story with the series finale set in the future. In the past, the finales are when the show really lets loose. It’s crazy and over the top and usually a lot of fun. This one is a little standard. Nyssa and Bane are uninteresting and bland. They feel like plot devices and there isn’t a lot of fun to be had with their conflict.

This episode is fine. There’s certainly a lot of fun moments. I mostly enjoyed it but it is a little underwhelming. This show is usually a little more fun. And this season especially is a lot more focused and well written. I think the mistake was writing Jeremiah out. Maybe the final conflict before the time jump should have been with him. I think that would have carried a little more weight. But this episode works; I just wish it was a little more interesting.