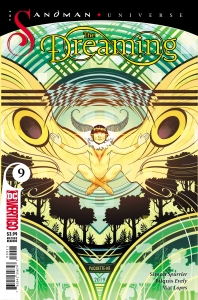 The Dreaming #9: “Entrances and Reflections.”

It seeks him here, it seeks him there,
The nightmare seeks him everywhere.
Is he in faerie, or among damned screams…?
That doomed, elusive Lord of Dreams…

It was great over the last couple issues finally learning what Dream was up to during his absence from the Dreaming. However, in following Dream, the main story was left hanging. Now we return in The Dreaming #9 to pick up where we left off.

The Dreaming now has a new master, a newly born artificial intelligence that didn’t chose the job. And he seems to be having a difficult time adjusting to the situation. In fact, he states that his “primary feedback outcomes are what you would term terror, and/or agony, and/or psychosis.” 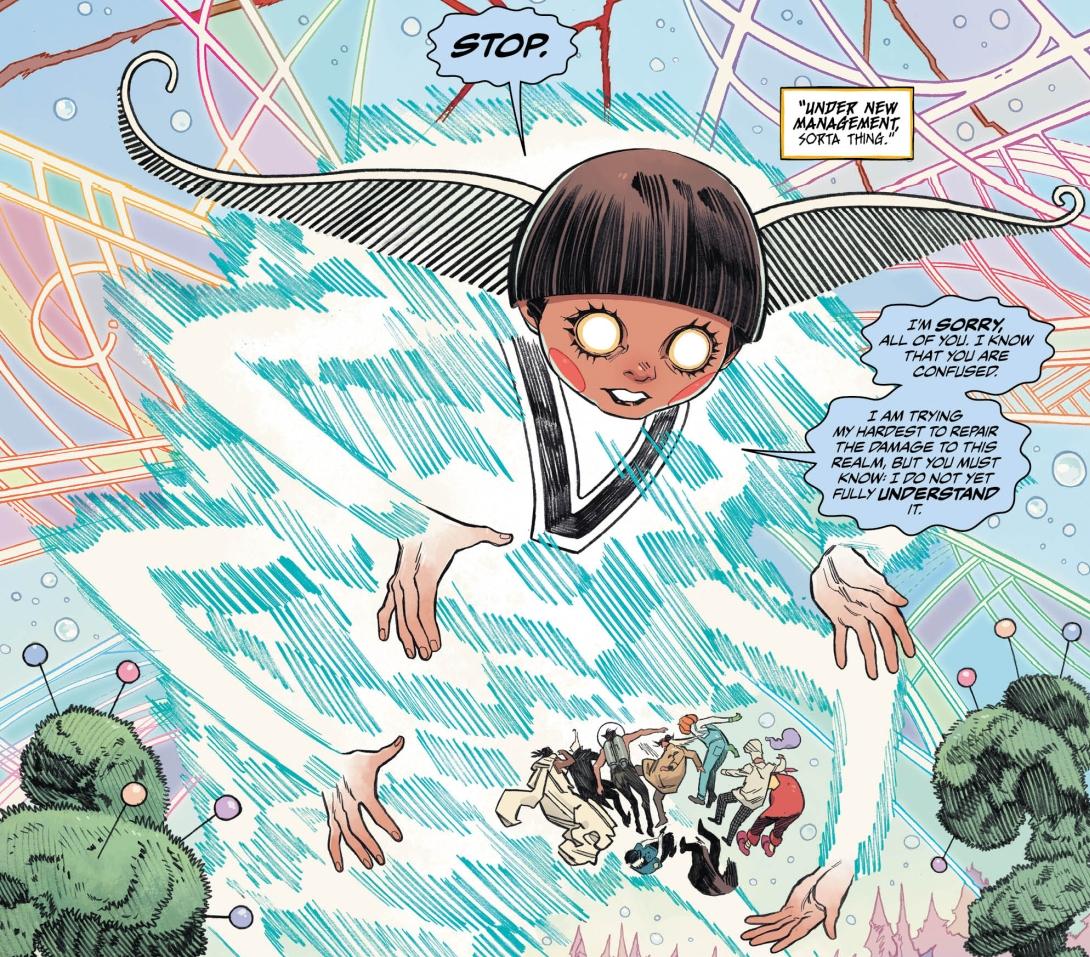 Interestingly, he doesn’t have a name, a lack that he ponders, wondering if he should have one. He asks Abel for advice about names, which leads to Abel revealing some tantalizing secret about names.

The new Dream Lord sends Matthew and Dora on a quest to find Dream, which leads them to Nuala, who has returned to Faerie after years of service to Daniel, and his previous form Morpheus.

Nuala is a character that has been treated rather shoddily, first by her brother Cluracan, by Titania, Queen of the Faerie, and by Morpheus/Dream. So, it was somewhat gratifying to see that Dream returned to her, giving her a gift to set things right. We see her about to face Titania in a fight for her life as the issue wraps up. Unfortunately, we don’t see how the encounter turns out, but Dream’s gift gives her at least a fighting chance.

As much as the last two issues seemed like a welcome return to Neil Gaiman’s Sandman title, I didn’t like that the main story was left on a cliffhanger which took so long to get back to. I hope that in the future, we aren’t left hanging like that again while the story goes on a diversion – however interesting that diversion may be. 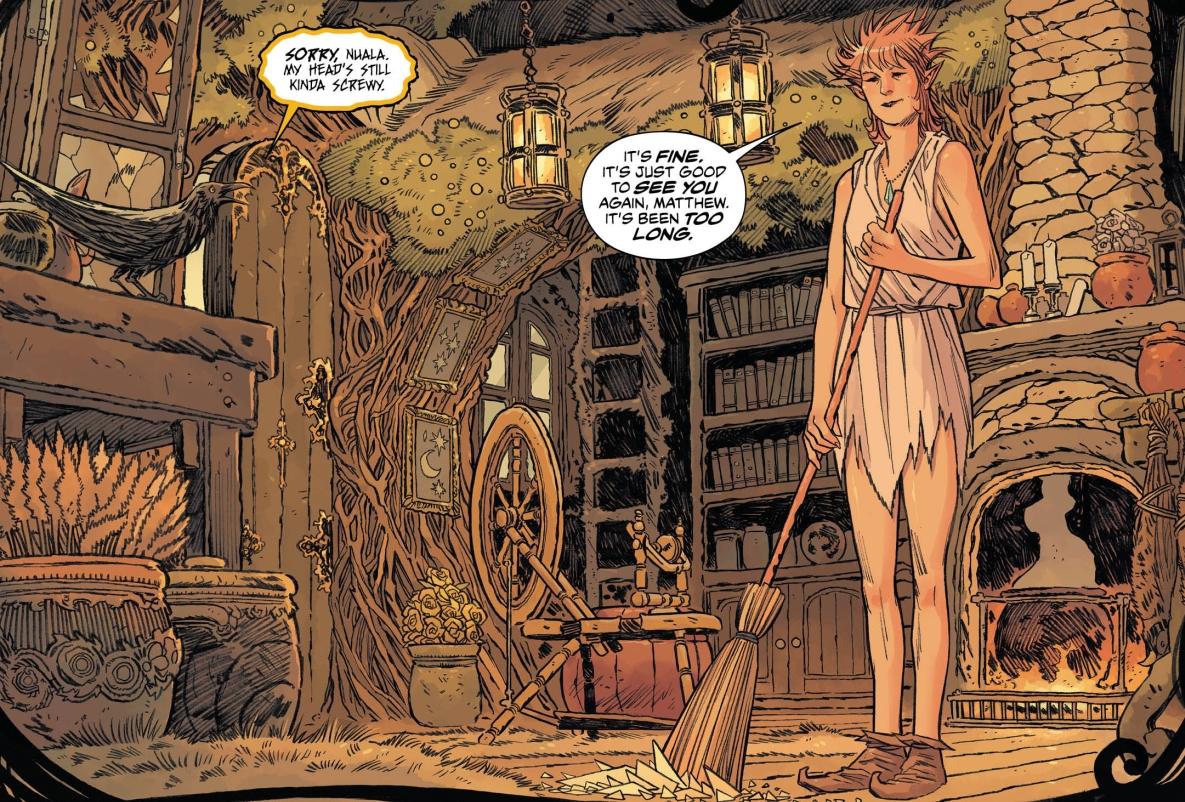 One of my fears about this title would that it would contain all the familiar characters and trappings of Gaiman’s original creation, but not adequately recapture its spirit. So far, Spurrier and Evely have allayed my concerns and  have done a superb job that does justice to Gaiman’s masterpiece series.