Time is running out for Sycorax in Lucifer #8. The seventy-two-hour clock set by Heaven is counting down and the Prince of Lies is running out of places to hide the mother of Caliban. The House of Anubis may hold the answers, but the ancient home of Egypt’s dead is empty. It’s only a matter of time before there is nowhere left to turn. Where else can they run? 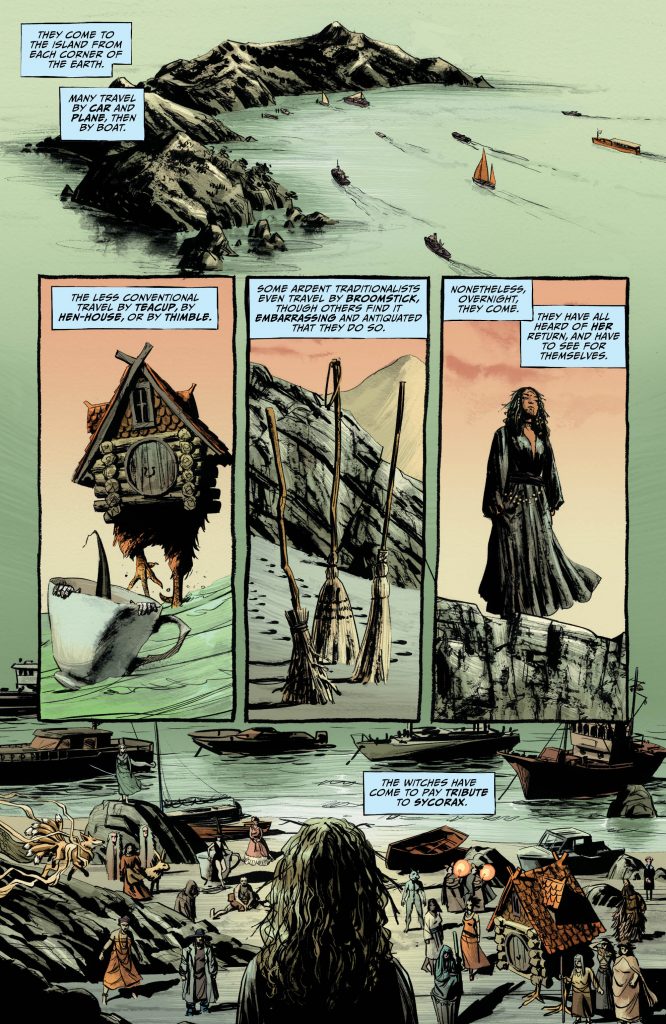 Sycorax was brought back to life by Lucifer. By no means did that make her resurrection a solo act. Who else played a part?

It was her successors. The body of Sycorax was created by witches. An international coven of modern and traditional women of magic. They wove together the skin and sinew and bone made from their blood sacrifices. No gift is free. In addition to her new form, the coven requests her presence at a Sabbath.

The appearance of Thessaly is a nostalgic moment for Sandman fans. It is followed by the acknowledgment that Sycorax knew the Dream King by scent. However, her son is not impressed. 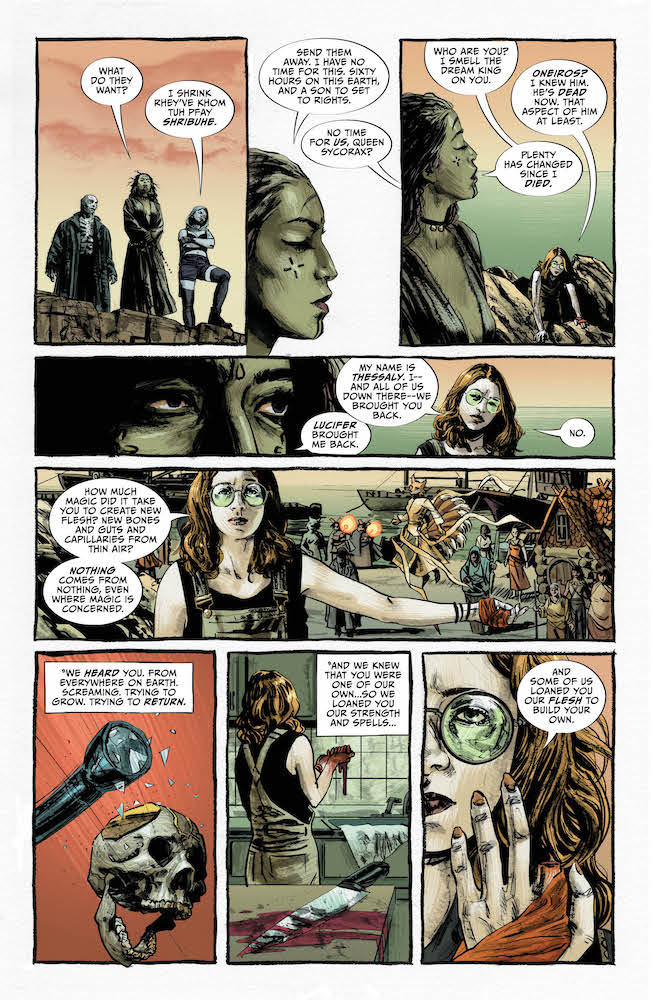 Consequently, Caliban is disgusted by his mother’s willingness to sacrifice their time together to satisfy the request of the witches. After that, he becomes a dangerous pawn that the Heavenly Host can tempt with a promise of eternity. The seduction begins with cherubim and leads to the first angel of creation.

The Egyptian underworld is a creepy skeleton that has been picked clean of meat. In addition, the sad dinner table of Osiris, Isis, Thoth, and Horus looks like a Hollywood royal family nightmare of starving animals.

Caliban crashes dinner and rips Ammit, the crocodile guard dog in half. Furthermore, his uncouth behavior emits a stench of embarrassment from Lucifer that any parent can understand. 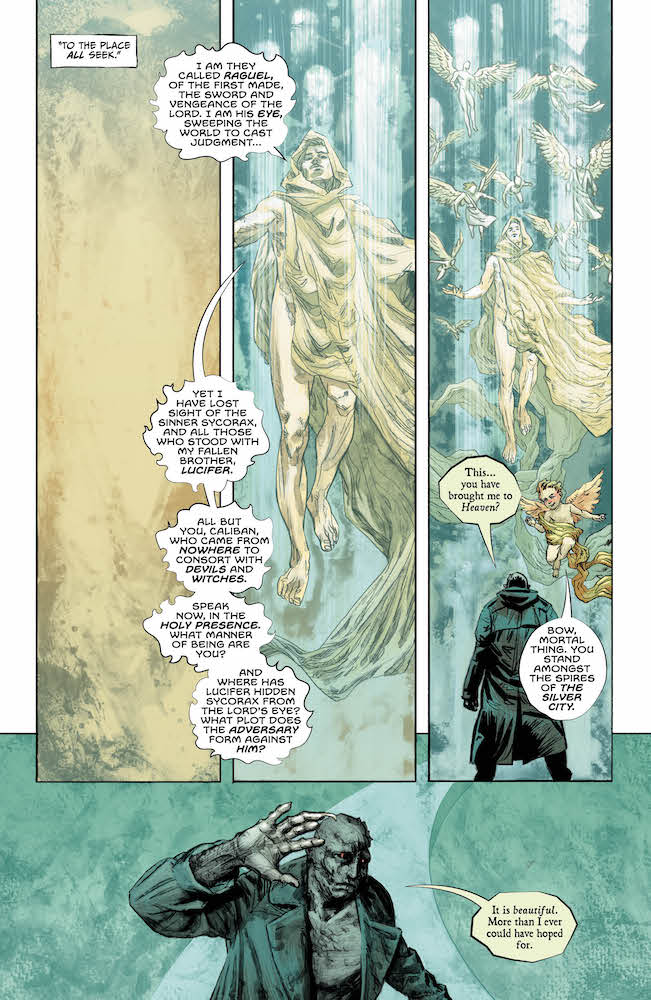 Occasionally the mystery-building in Lucifer #8 backfires. For example, I did not understand the magic that Mazikeen is casting on the penultimate page. It looked like she might be trying to grow a new face, but then she gets hit in the head with a shovel. There is an inference that because her craft is clumsy and brutish it has alerted the attention of her attackers.

In particular, it is interesting that they are saying the same “Huuuurting” phrase that Diri the cherubim uttered in the presence of Caliban.

For the most part, the plotting was direct. Raguel’s offer to Caliban felt ugly and vile. Similarly, I know that the premise of Heaven and Hell are just allegories for right and wrong and everything else that they are used to represent. In addition, I know that they don’t have to be subtle, but this seems really clumsy. Even for dealing with a lout like Caliban.

In conclusion, Lucifer #8 feels like the first of many stops on a journey to avoid spending time with the woman the Morningstar failed. His penance is a tagalong bastard that embarrasses him in every moment. So, why is he still smiling and able to pass the light-as-a-feather test?

One thing is certain, only the devil knows the answer.