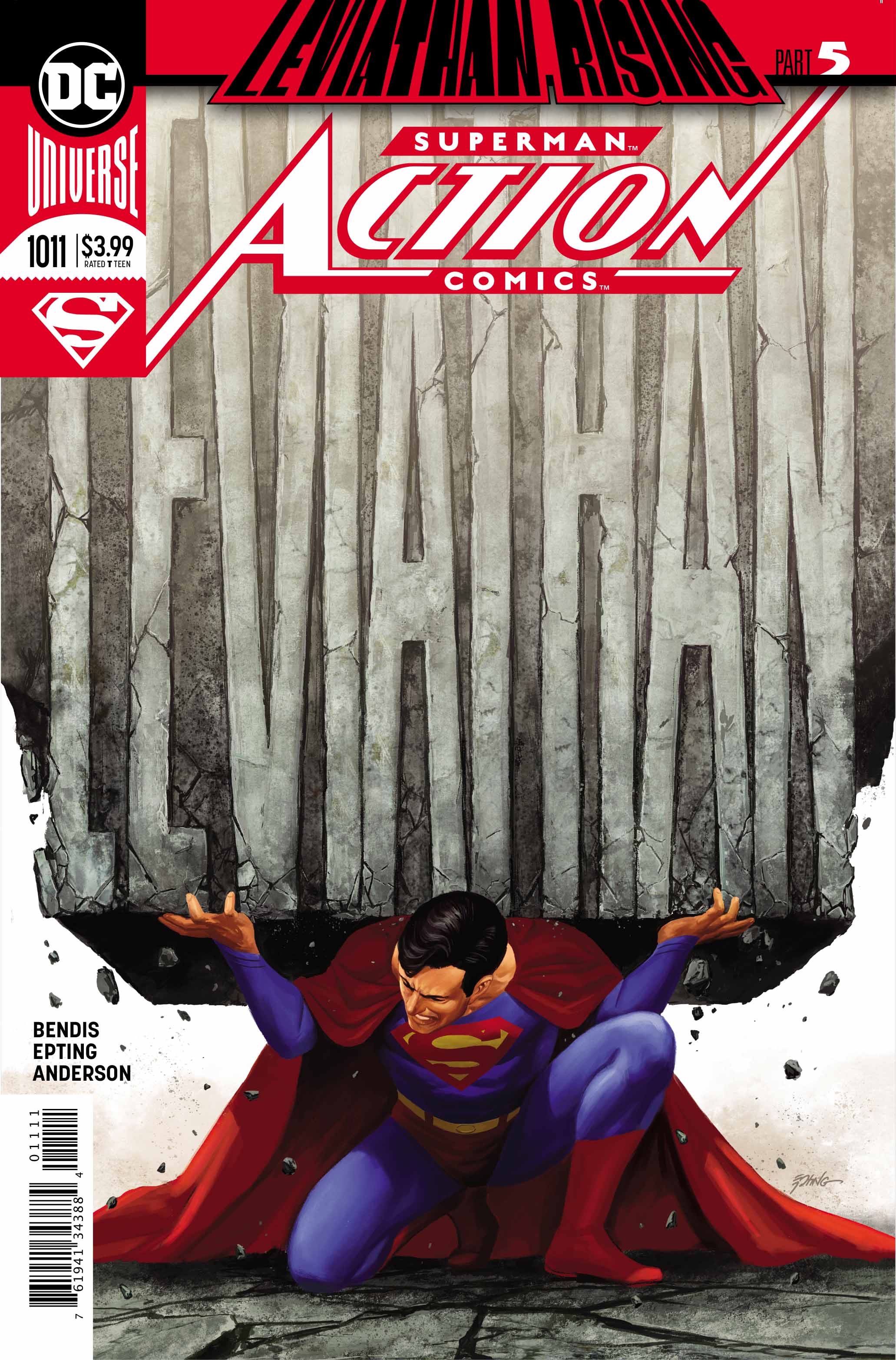 Action Comics #1011 opens with Maggie Sawyer and the Metropolis Special Crimes Unit breaking into Kate Spencer’s apartment with the intention of arresting her for the attack on the D.E.O. as seen last issue.  Recall, that was someone apparently using Spyral hypnos disguised as her.  The scene quickly jumps back to Lois and Superman in London as they catch up with Tiger and convince him to turn over all he has on Spyral.  Everything.

Before returning to the Fortress of Solitude, Superman and Lois drop in on former Spyral Agent, the Huntress to fill her in on what has happened.  She’s obviously shocked.  The couple continues on to the Fortress to find to find that Amanda Waller has escaped.  Lois, Jimmy and Superman assemble what they know so that Lois can write a story for the Daily Planet.  Back in Metropolis, we see Jim Harper, the Golden Guardian recovering in a hospital bed as he receives a mysterious visitor….  But, the last page of the issue is perhaps the real surprise…is Lois Lane Leviathan? 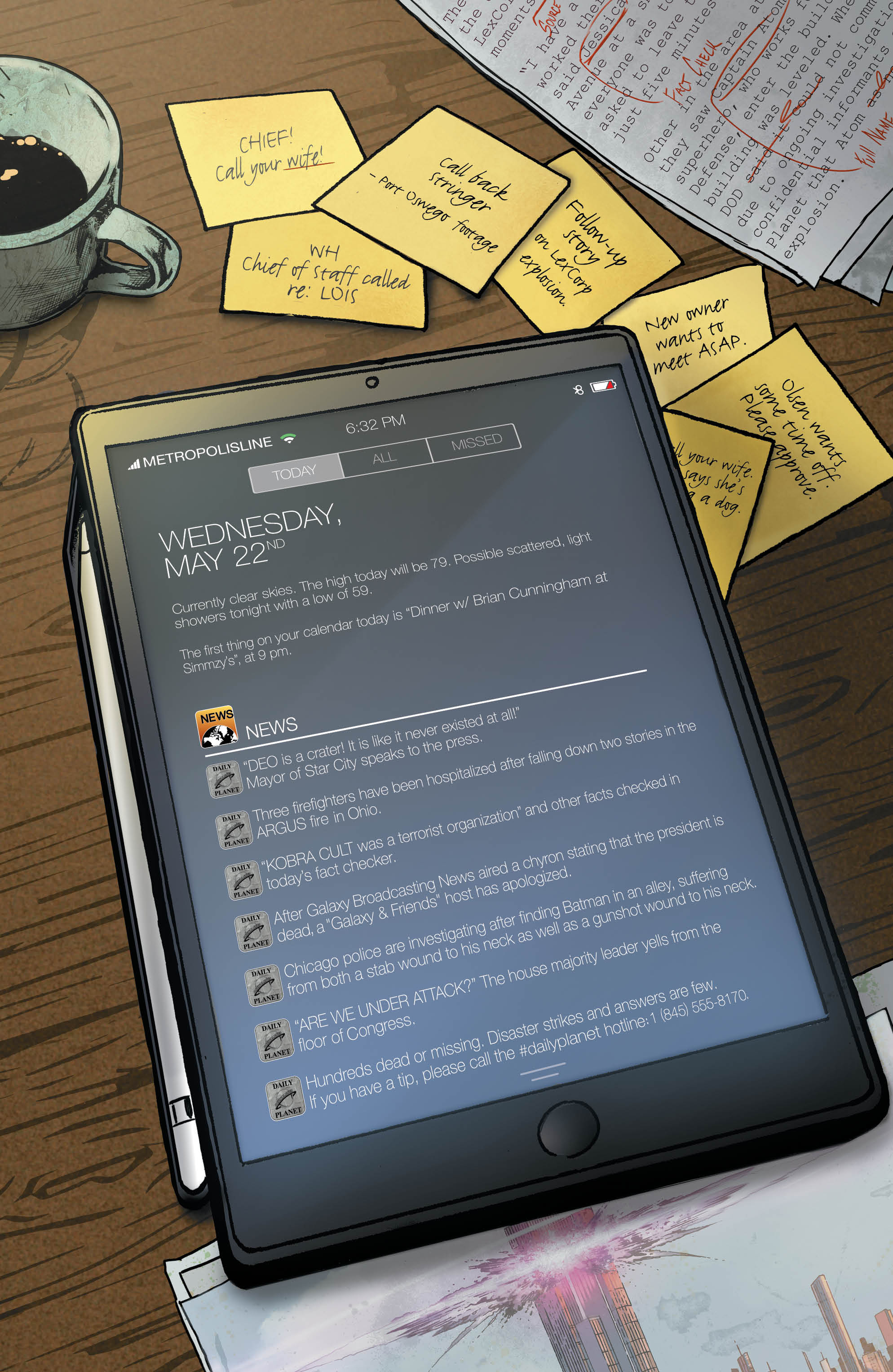 This chapter of “Leviathan Rising” moves quickly as the different elements we’ve seen over the past few issues begin to come together.    It’s fairly clever that we get the other perspective of last issue’s London events are presented from an alternate POV to fill in the gaps from last issue’s final sequence.

Action Comics #1011 introduces more characters and elements to this already sprawling narrative.  Bendis has already shown a tendency to extend  his stories laterally in his Superman stories so far and this seems to be no different.  While it’s obvious he’s got a huge plan for this, like “The Invisible Mafia” and “The Unity Saga” it’s taking a very long time to get to the point, especially when we’ve already been told the point- Leviathan attacks and destroys all the espionage/spy organizations in the DC Universe.  Despite some forward movement this issue, the overall plot spreads out thinner instead of charging ahead.

The real mystery of course is “Who is Leviathan?”  Talia Al Ghul was named dropped a number of issue’s back and was originally the head of Leviathan, the organization that played a large role in Batman, Incorporated.  The last page of Action Comics #1011 appears to suggest that Lois Lane may be Leviathan.  Epting’s design places Lois’s face in the center of vignette’s of some of the significant events of the storyline thus far.  What’s most striking, though is that when this image of Lois is compared to p. 7 of Action Comics # 1010, Lois’s face and the person disguised as Kate Spencer appear to be the same person.  You never know with Spyral hypnos, but something is definitely going on. 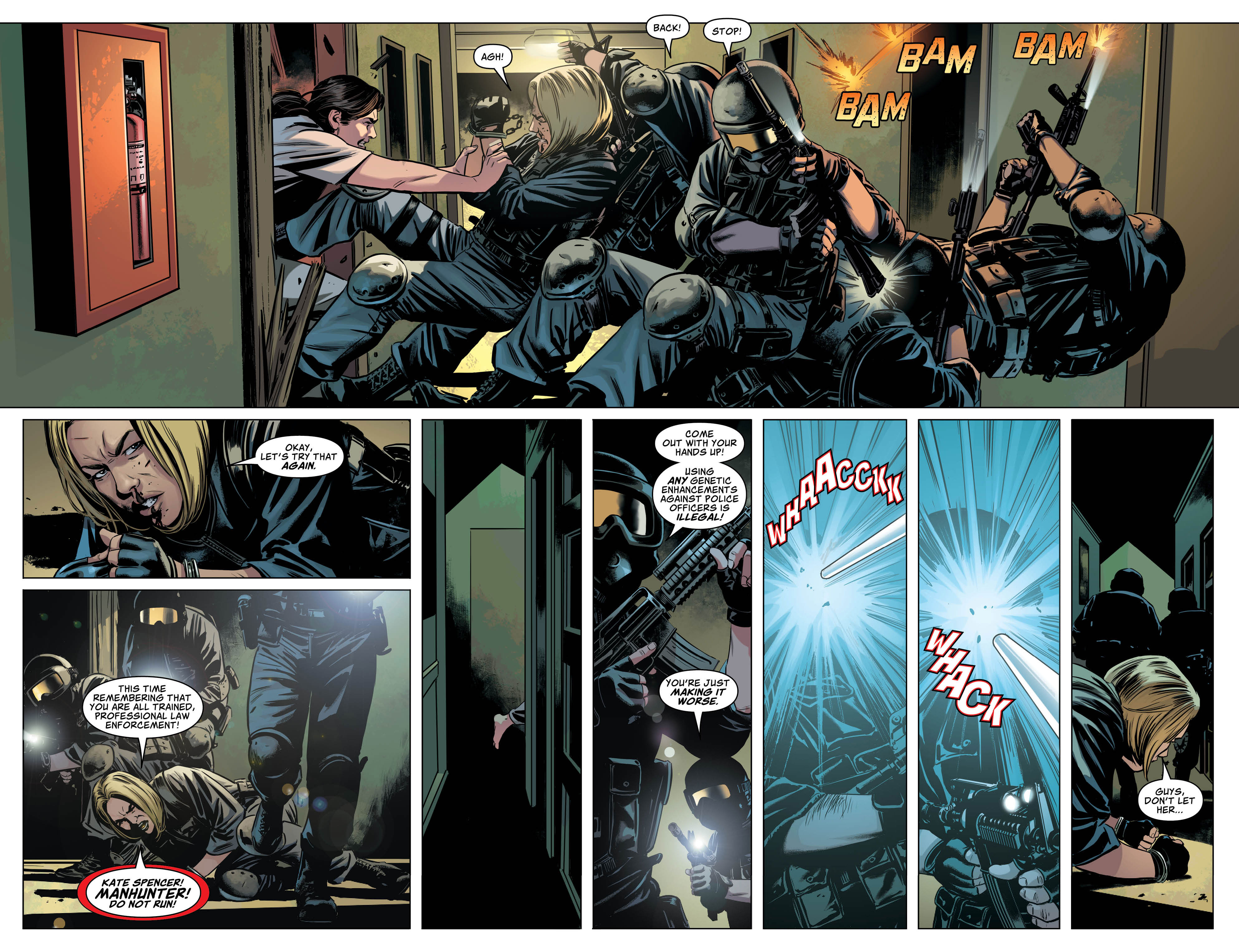 Going back to the very beginning of Bendis’s run on Superman, he’s teased something weird with Lois.  The project she was working on back in Action Comics #1004, “My Life with Superman,” seems to indicate she may have a plan to out the Man of Steel publicly as her husband.  She already told her father in Action Comics #1007, as well.  Additionally, her return to Earth in #1004 contained a very lame explanation for hiding from Clark.  It’s obvious Lois is hiding something.  Bendis has even admitted as such.  And, let’s not forget that Lois has a place on “The Year of the Villain” covers.

At this point, the build up of Lois as an adversary to Superman enters into the shock storytelling realm that is best ignored.  No one believes that Lois Lane is really going to go bad.  It’s about the journey.  These type of shocks are ineffective when the payoff takes so long to play out.  It becomes tiresome and painful to read.  There’s been a year long break from a good direction for the Superman books since Bendis took over.  And at the rate he’s going he may only get to tell one story in each title.  It takes too long for too little payoff. 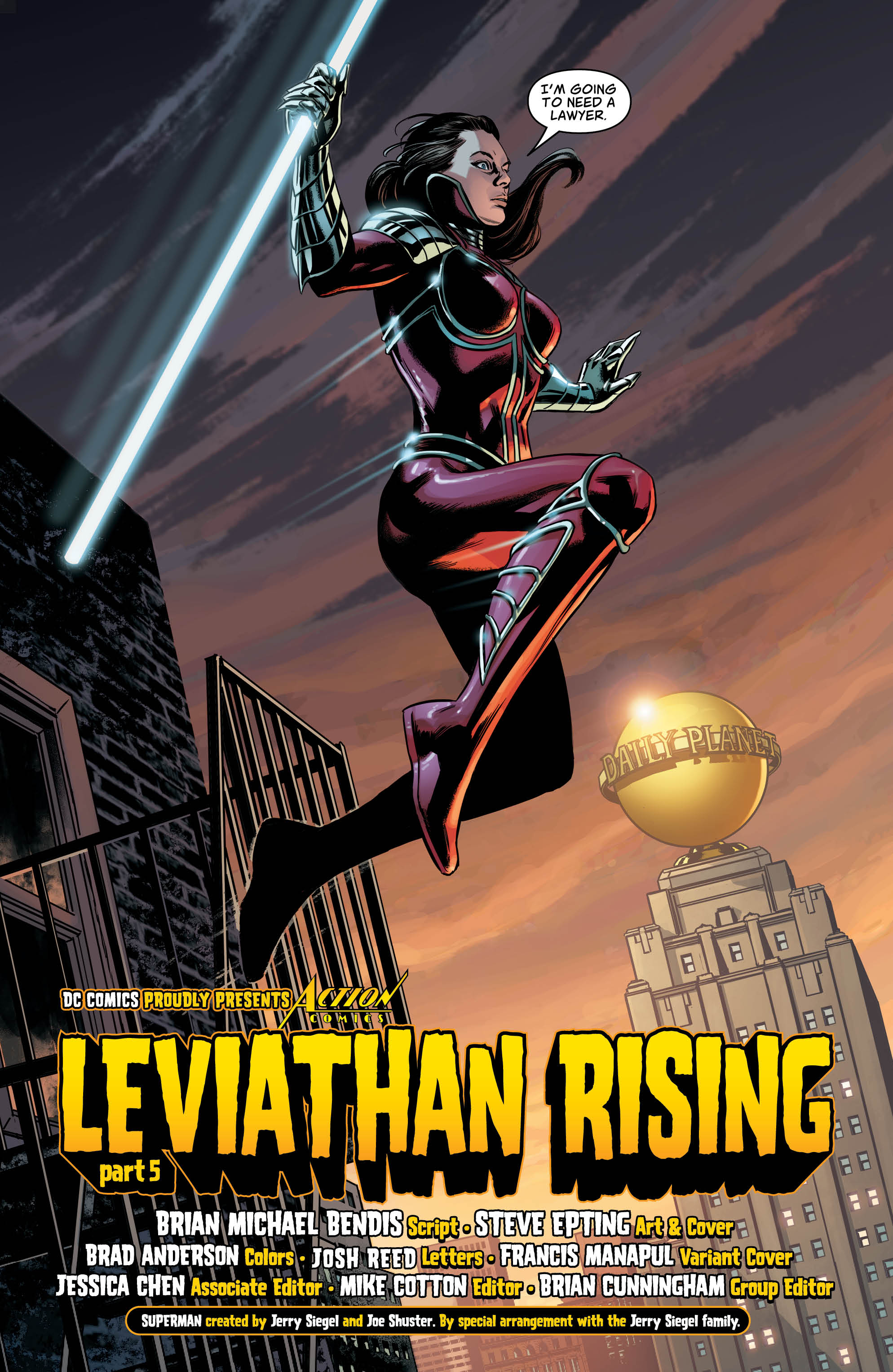 Bendis is playing the long game with “Leviathan Rising” and despite some nice details in Action Comics #1011, the apparent direction of the arc is uninspired.  It is proving to be both too long and a “game.”  Referencing the weakest elements of his run on Action so far are not helping.  Epting’s work is still nice, but the pretty pictures can only elevate the story so much.  Stay tuned, I’ll let you know when all this blows over and we start getting some proper Superman comics again…