Season 5 Of ‘Lucifer’ Will Be The Shows Last

Season 5 of Lucifer will be the shows last.

After three season, Lucifer was canceled by Fox then immediately saved by Netflix.  Since then the show received an “A” rating from fans.

Everyone is excited about the renewal.  Especially star Tom Ellis who took to Twitter to deliver the below message to the shows fans.

thanks to the lucifans, #lucifer's story will come to an end the way it should: the fifth and final season is coming to @netflix. pic.twitter.com/EvknS5AVHK

“We are so incredibly thankful to Netflix for resurrecting our show last season, and now letting us finish the story of Lucifer on our terms.  Most importantly, we want to thank the fans for their incredible passion and support.  The best is yet to come!”

“I mean, holy crap.  It’s just been great.  I don’t know if I could ever handle it when bad reviews came or something, because I feel so spoiled and grateful now.  We also have one other, really fun toy to play with, that we know is going to be a big guiding factor in Season 5, so we’re excited about that, too” 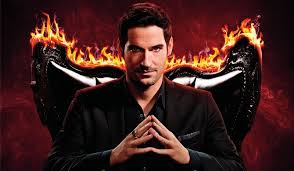 Now the only question is: how will the story end?

Birds of Prey Has a Surprisingly Low Budget