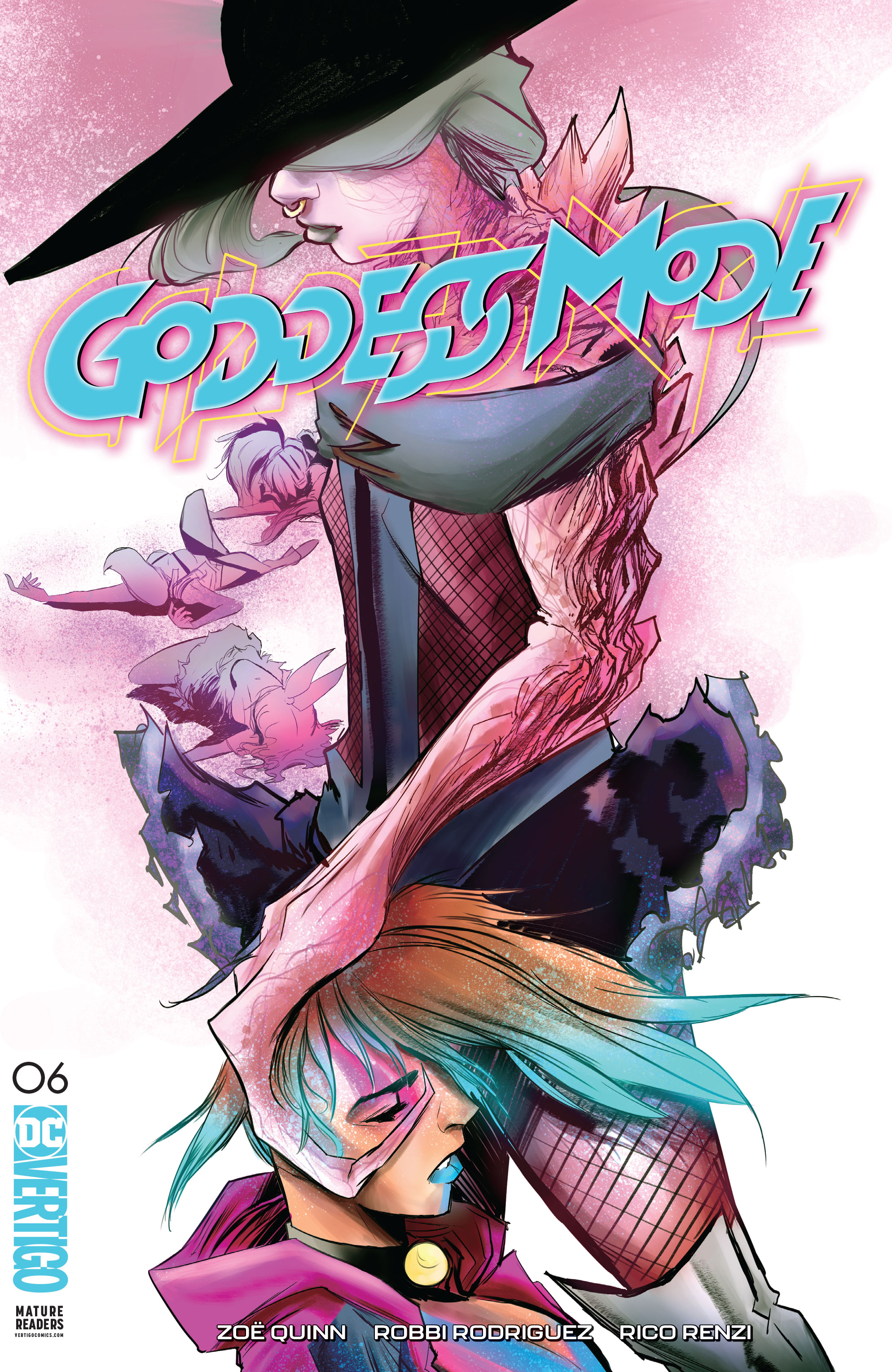 With the astonishing secret of Azoth revealed at last and the fate of the digital and analog worlds at stake, the Tall Poppies come into conflict over which is the best of very bad options, all of them fatal. As Cassandra agonizes over whom to side with, the girls’ true enemy makes their move.

Robbi Rodriguez’s cover is gorgeous. It’s slightly more subtle than his typical stuff. He is going for a more intimate feeling. It’s an effective cover that looks amazing.

The interior art is brilliant well. This book is a visual stand out. The style and creativity shine in a world that I adore. Rico Renzi’s colors add so much life and energy to the story. This is a book that takes advantage of the medium it is in to the fullest extent.

The book deals with people being forced into roles and the expectations associated with those roles. None of the character chose their place in the story but they have acted accordingly because they didn’t know what else to do. This issue is somewhat about gaining an inner independence and trying to move forward with that.

Unfortunately, this issue falls back into problems that the early issues had which is an over reliance on dialogue and narration. Quite a bit of this issue is spent on characters standing around talking. While the artwork is taking advantage of the medium of comic books, the script doesn’t quite know how to make it work. The ideas are good but they’re all spelled out too easily. This could potentially make a great novel but novels don’t work like comics do. There are so many places in which the story could be subtle or evocative. Or even just simple; Rodriguez’s art is good enough to communicate this stuff through the panels. But there are five narration boxes to over explain it. It makes the issue feel so dry to the point that I had a hard time getting through some of it. It was difficult not to skim through the dialogue.

This is a fine issue. I like the conclusion of the story and where it puts the characters. The things they have to overcome are interesting and there is a thematic weight. The art is amazing; it’s some of the best stuff I’ve seen in a while. But the script feels like an anchor weighing everything down. What should be emotionally resonating starts to feel boring after a bit. It’s still solid but the over reliance on dialogue and narration cuts some of the power for me.