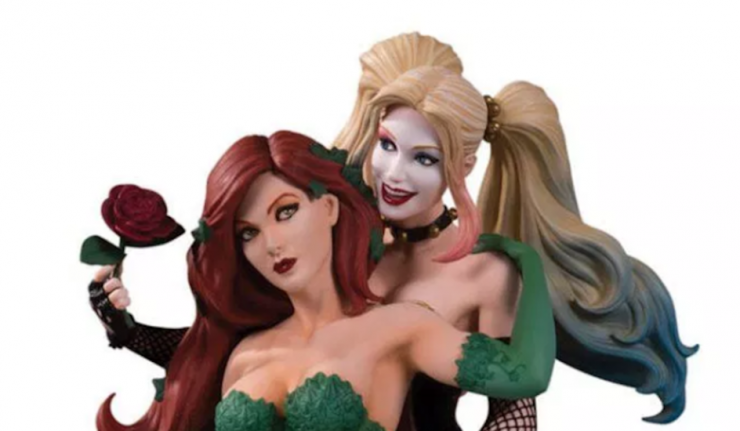 The DC Collectibles lineup for February 2020 has been revealed, and fans of the Bat-family characters (especially Harley Quinn) should be excited.

First up, for those with some spare change lying around, is a special item hitting stores December 2019:

DC GALLERY HARLEY QUINN 1:1 STATUE
designed by BRUCE TIMM
sculpted by JONATHAN MATTEWS
DC Collectibles has created the ultimate Harley Quinn collectible: a full-sized, 1:1 scale statue of the Clown Princess of Crime herself.
Harley is decked out in her iconic red, black and white costume as originally designed by animation legend Bruce Timm.
The HARLEY QUINN 1:1 STATUE is a limited quantity showpiece that is a must-have for any Harley fan, Batman collector or your own comics shop. Don’t miss your chance to snag everyone’s favorite harlequin for your collection!

DC COVER GIRLS: BATGIRL BY FRANK CHO STATUE
designed by FRANK CHO
sculpted by JONATHAN MATTHEWS
Kicking off the newest series of DC Collectibles’ famous DC Cover Girls line is Batgirl, designed by popular cover artist Frank Cho. Cho’s clever take on Barbara Gordon gives a touch of humor to the piece. Any fan of Cho’s covers and art will not want to miss this statue, which introduces him as the new artist for the line.

DC DESIGNER SERIES: HARLEY QUINN AND POISON IVY BY EMANUELA LUPACCHINO STATUE
designed by EMANUELA LUPACCHINO
sculpted by JACK MATHEWS
This stunning DC Designer Series couple statue features two of Gotham City’s most famous villainesses, Harley Quinn and Poison Ivy, and showcases their close and loving relationship as portrayed in the comics.
Designed by amazing artist Emanuela Lupacchino, this statue captures the passionate feelings that these two characters have for each other, even while living in a city as crazy and intense as Gotham. Don’t miss out on this iconic statue, which releases just in time for Valentine’s Day 2020.

HARLEY QUINN RED, WHITE & BLACK: HARLEY QUINN BY JOSHUA MIDDLETON STATUE
based on artwork created by JOSHUA MIDDLETON
sculpted by KAREN PALINKO
Based on one of his popular variant covers for the HARLEY QUINN comics series, this all-new statue brings Joshua Middleton’s artwork to life. Sculpted by Karen Palinko and featuring a fabulous sparkly paint deco, the statue’s paint job makes it the first piece in the line to sport this unique and fun look. Everything from the style to the stance to the facial expression makes this the perfect Harley Quinn collectible for any fan.

DC GALLERY: KNIGHTFALL BATMAN COWL
sculpted by JOE MENNA
The latest addition to the DC Gallery Batcowl line is the Knightfall Batman Cowl in metallic blue. Fans of Batman will recognize this quintessential look from “Knightquest,” in which Jean-Paul Valley takes over the mantle of Batman. This cowl stands out among the rest as perhaps the most distinctive of the line. 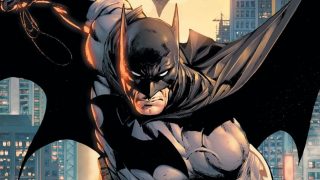