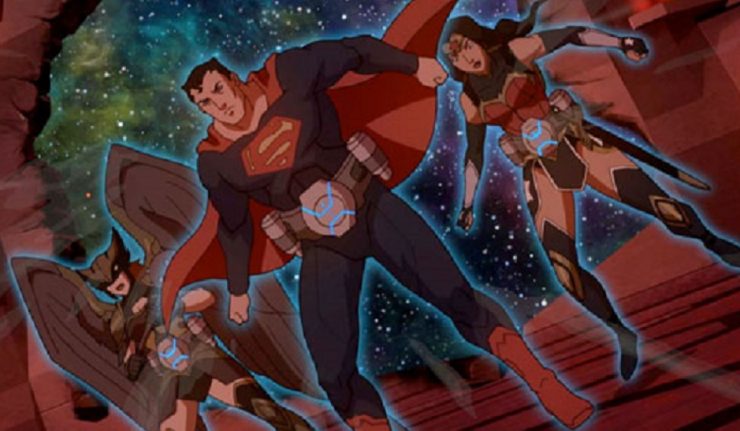 Young Justice: Outsiders 3×14: Our team is back! Following a break from the streaming service, the team has reassembled and has many important decisions to make for the future, meanwhile the Justice League faces a new threat in space.

Wow, did I miss this show. a slow progression back to action, the recruits must decide if they will join the team full time or go off on their own. The team is taking some down time much like fans did when the show was off air making it feel like we missed nothing. It was also a great way to setup a lot of self examination for the new members. The latter half of the season seems to have a lot more to do with the internals of the heroes while still dealing with the larger threat of Granny Goodness. The reveal of Halo being gender-fluid and still deciding who he or she truly is was great and adds a new level to a more adult more mature team.

Young Justice or Justice League Space? The come back episode featured very little of the titular team. Focusing mostly on the Justice League’s exploration and battle in space, the team took a back seat on their own show. This can be a great tactic to reevaluate and refresh the show but not on the comeback show from such a long break.

New issues have been brought up for the team, more mature issues. While most of the story still centers around the action, the adult themes are exactly what the show needs. It will no longer hold your hand making it an interesting and entertaing watch.