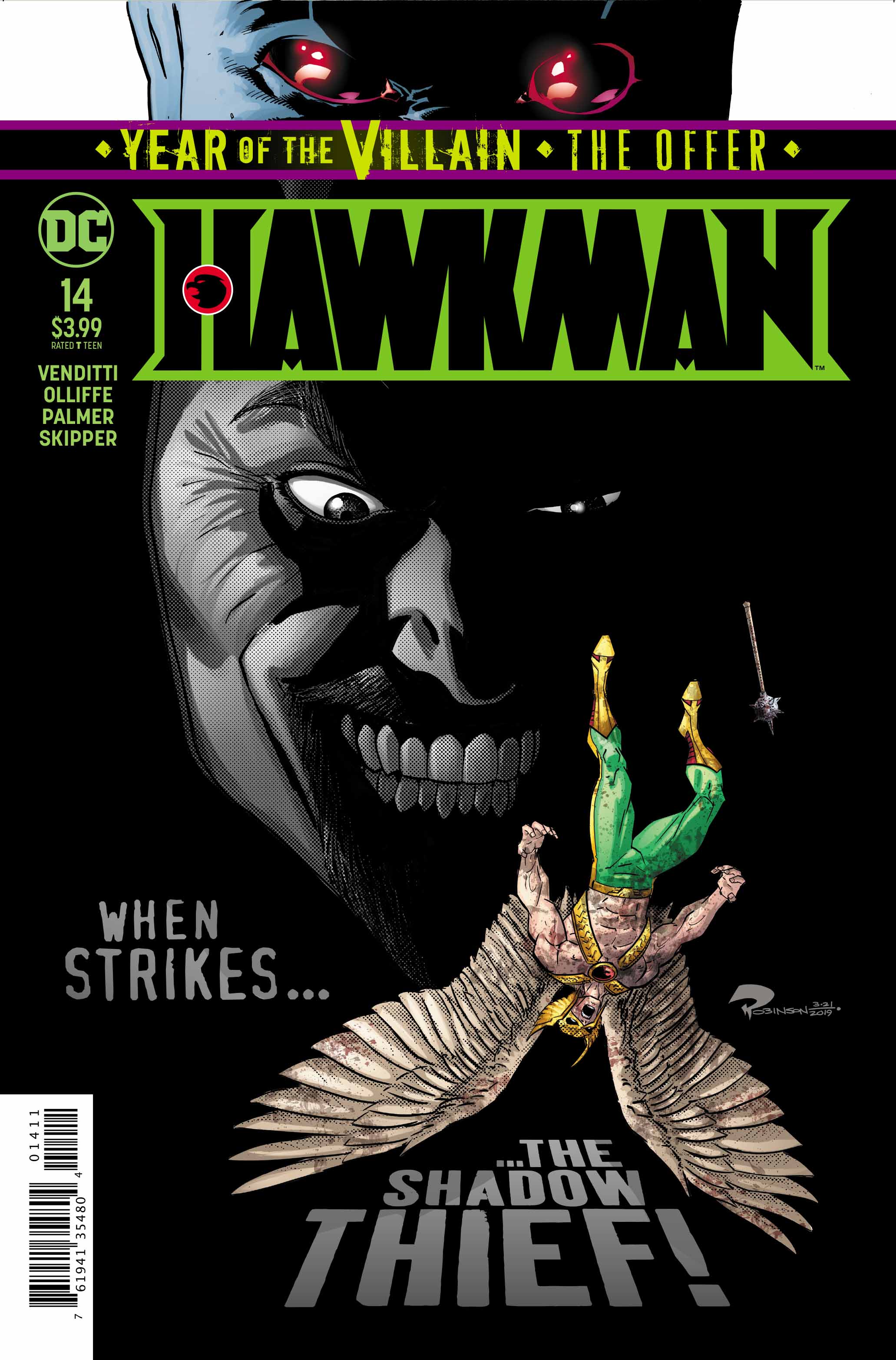 In this “Year of the Villain” tie-in, Carl Sands receives his offer from Luthor which provides him some advanced shadow powers.  He surprises Hawkman in Kenya where he is attempting to gain insight on his latest nightmare.

Hawkman’s had a rap for having a confusing history for quite a while.  Carter’s well-placed internal monologue should clear up any confusion for new readers.  Before he is attacked by the Shadow Thief, Carter spends some time with his friend, Hami in a Kenyan village.  This first part of Hawkman #14 is used effectively to continue to build Carter’s character.  Still troubled by the revelation that he was once a prolific killer, Carter’s dreams continue to haunt him.  Despite his own doubts, Hami reassures him that for all the good Carter’s done, he couldn’t have been on the side of evil for long.  This sequence is the strongest part of the issue as it delves into Carter’s emotions and concerns and how he must balance that with how others view him. 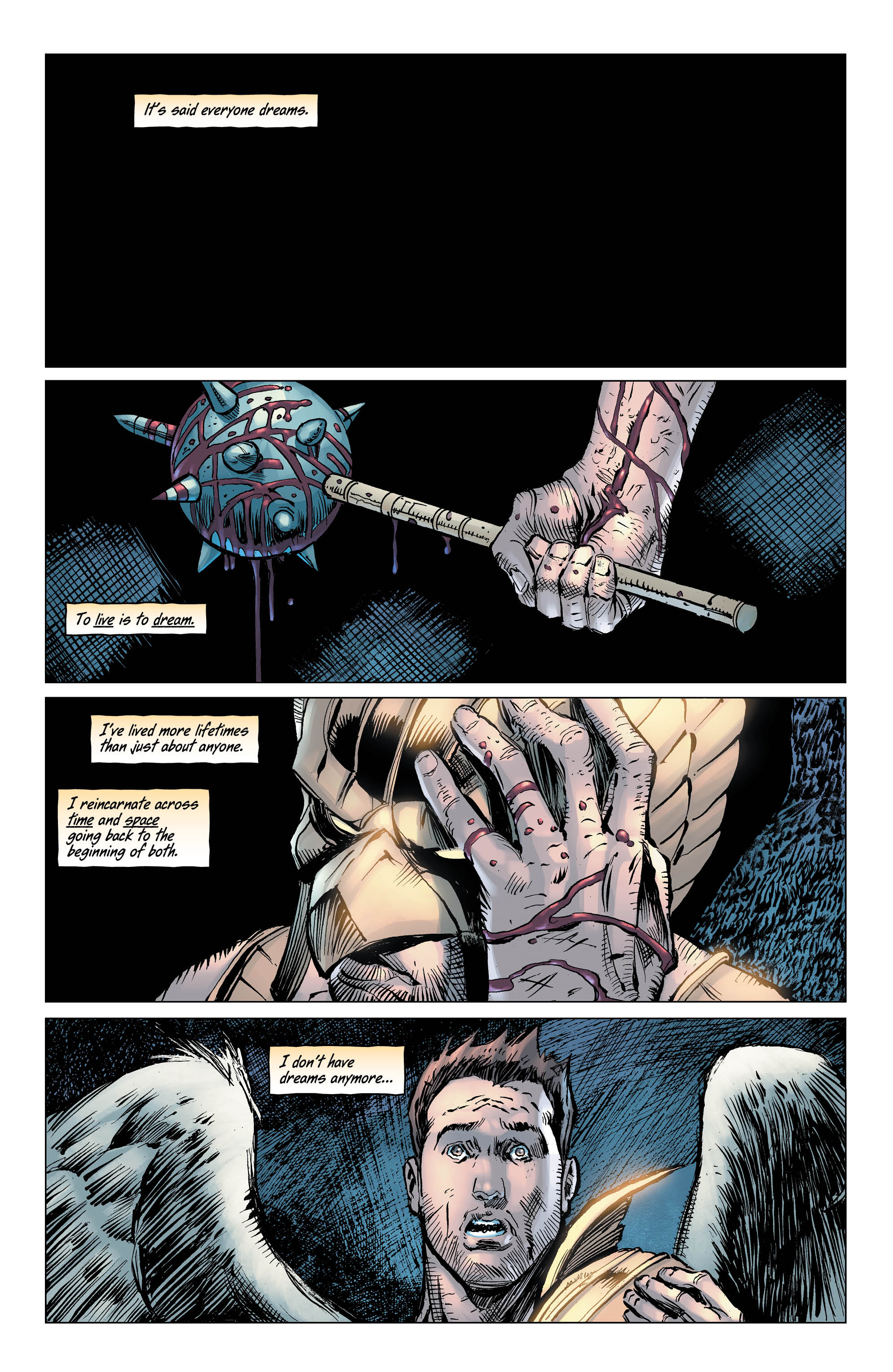 While the Shadow Thief‘s motives seems purely about revenge on the Winged Wonder, a villain from this era of Hawkman’s past could be the doorway to exploring what Carter recalls about this period of his life.  Shadow Thief is a villain created in the Silver Age which would feature Katar Hol in his life on Earth as an archaeologist with Shayera.  There is the other possibility that this encounter with Sands will lead to uncovering the meaning of the dream he’d had the night before. 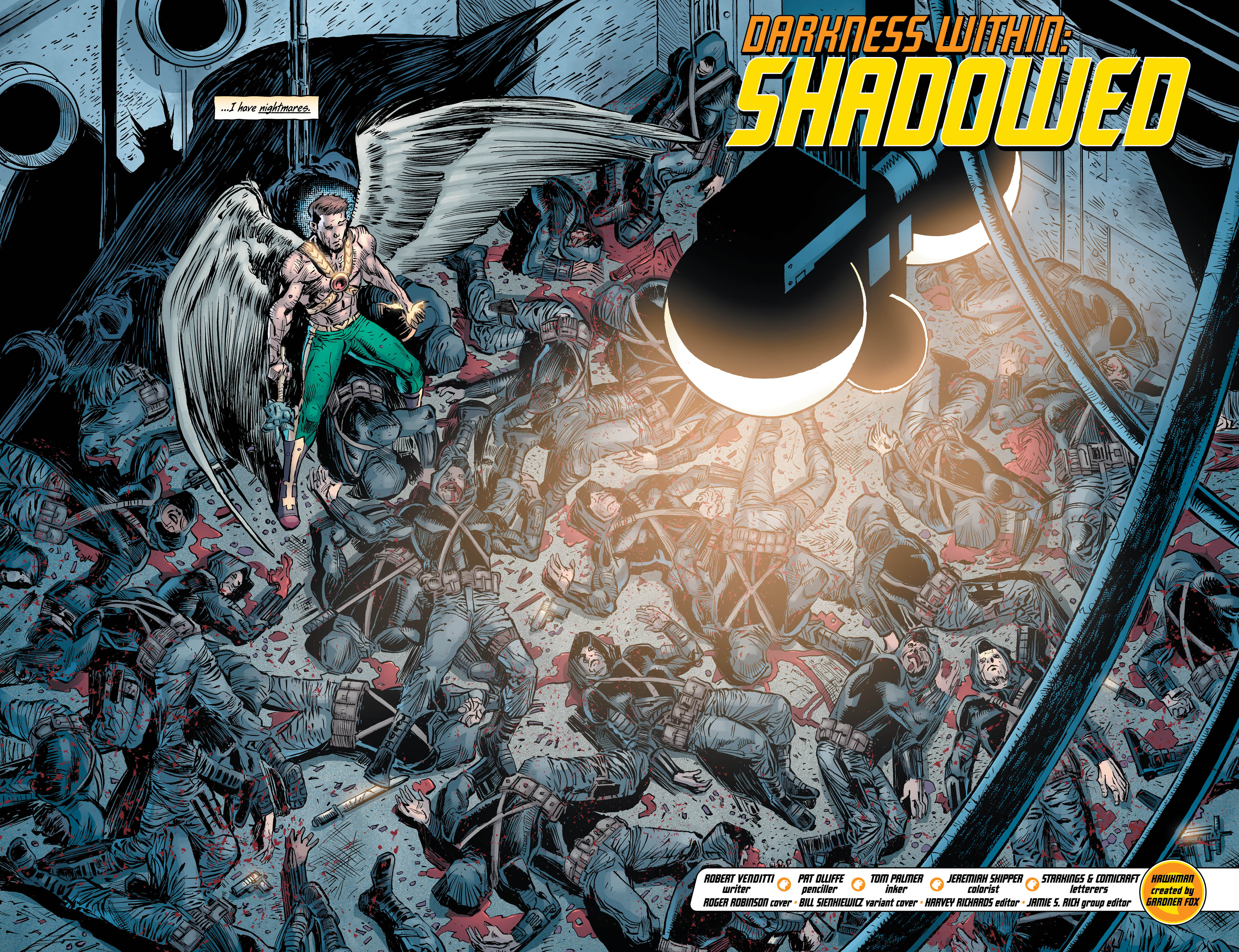 The art by Pat Oliffe and Tom Palmer is inconsistent.  There are moments with some nice close-ups, but other scenes that appear rushed.  It’s not the best look for the book.  Last issue by Will Conrad fit the title much better. 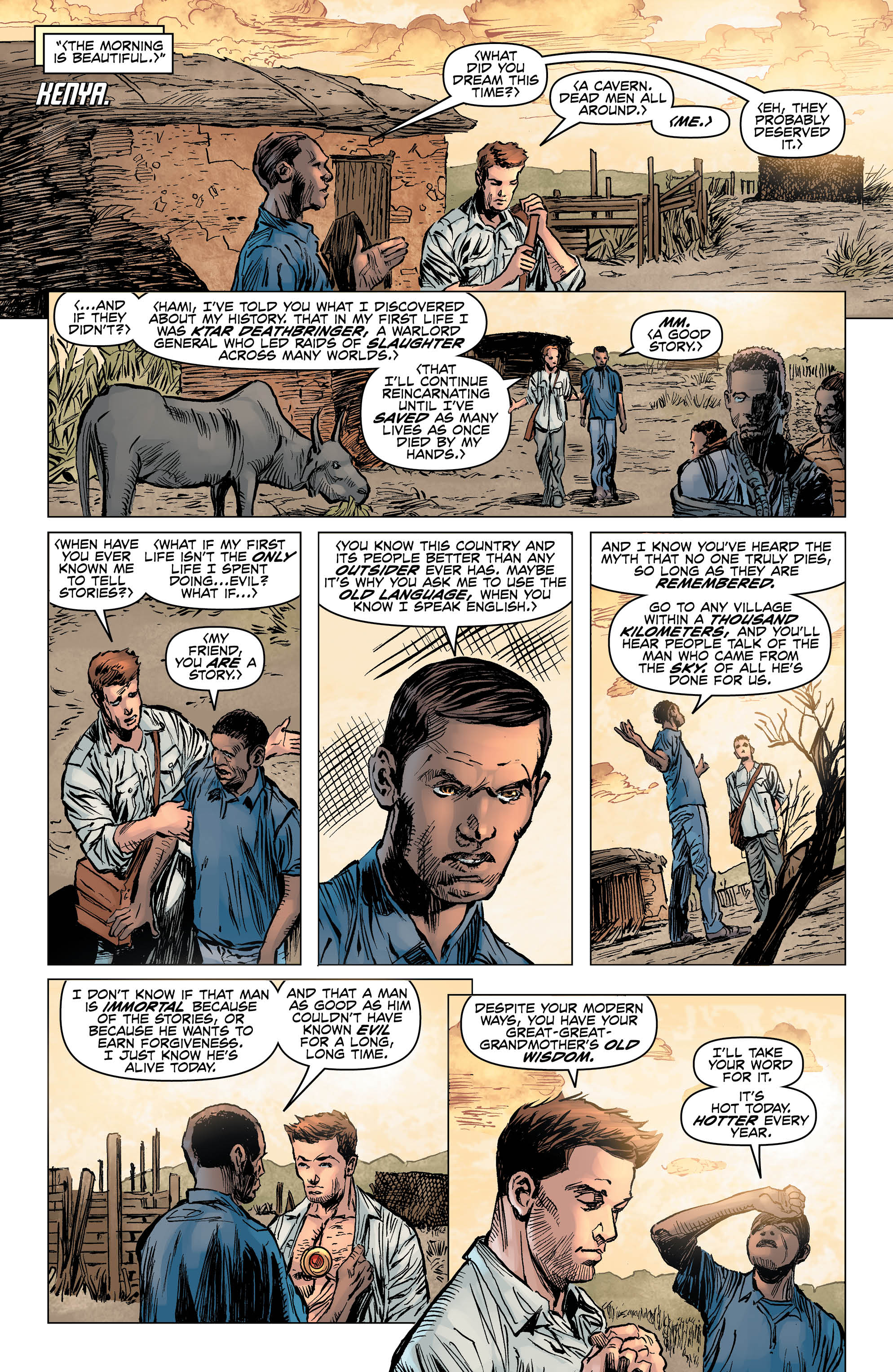 Even if you haven’t been following this title, this issue is new-reader friendly.   Don’t be afraid to jump in!  Carter continues to come to grips with his past in the first half of the issue which really sings!  Once the Shadow Thief makes his appearance, it’s hard to tell how much “Year of the Villain” is affecting what’s happening or if it is still all  a part of the plan.