Most of have seen the iconic show The Big Bang Theory and love it in all its geekery. The show ended its 12 season run this year in May but that still doesn’t stop it from being popular. Thanks to Funko, The Big Bang Theory boasts the largest collection of exclusive pop figures at SDCC. But here’s the best part: You don’t have to attend the con to get your hands on them.

The Big Bang Theory Funko Pop collection will be available at Walmart starting tonight, July 17th/18th at 12 am EST. Each beloved character is dressed as a DC superhero. This includes Penny as Wonder Woman, Leonard as the Green Lantern, and Howard as Batman. Who is Sheldon you may ask? Of course, he’s The Flash. A Pop tee of the group in their superhero costumes, as well as a standalone Sheldon/Flash tee, will be available as well. Here is the list of the exclusive lineup: 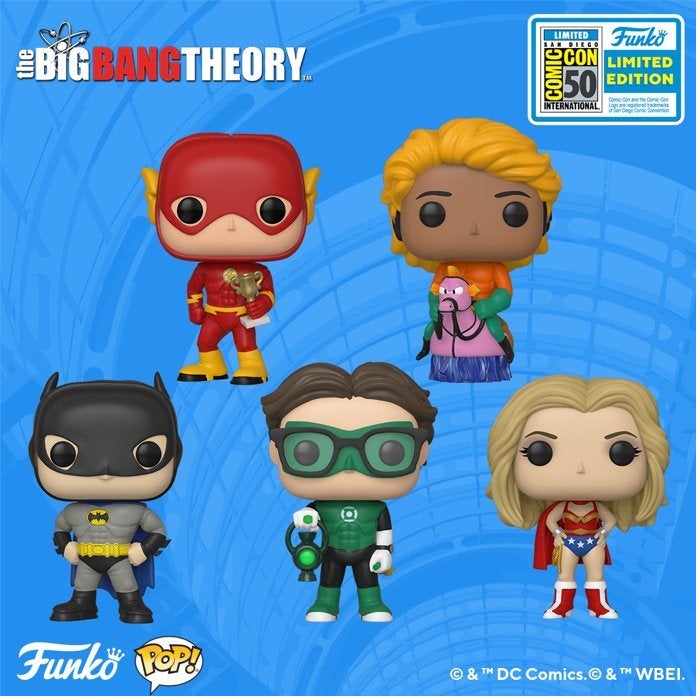 There are many more Funko exclusives announced including Pokémon and Hocus Pocus.