Supergirl star Mehcad Brooks, who has played Superman’s pal Jimmy Olsen since the show debuted, is leaving the CW superhero drama in the first half of season 5. The actor-musician is departing on his own accord in order to focus on feature films and develop a cable series in which he would star. He’s also currently writing a book.

Although there aren’t any details on how the character will be written off the show, the door is always open for him to return.

“We love Mehcad and we’re sad to see him leave the show as a series regular, but we’re excited for both Mehcad and James Olsen’s future,” said showrunners Robert Rovner and Jessica Queller in a statement. “He’ll always be a part of our Supergirl family and we look forward to James returning to National City at some point to visit his sister and his super friends.”

What Supergirl season 5 will have in store for its heroes is anybody’s guess at the moment, but we do know that, at the very least, the show will feature some sort of lead up to and deal with the aftershocks of this year’s Crisis on Infinite Earths crossover event, which promises to shake the Arrowverse to its very core.

Supergirl has a very famous history with DC’s very first Crisis. After all, she did die in the pages of that game-changing crossover comic. Might Kara suffer the same fate on TV? We know The CW might not be able to help itself when it comes to reproducing that iconic image from Crisis on Infinite Earths of Superman cradling a dead Supergirl in his arms… 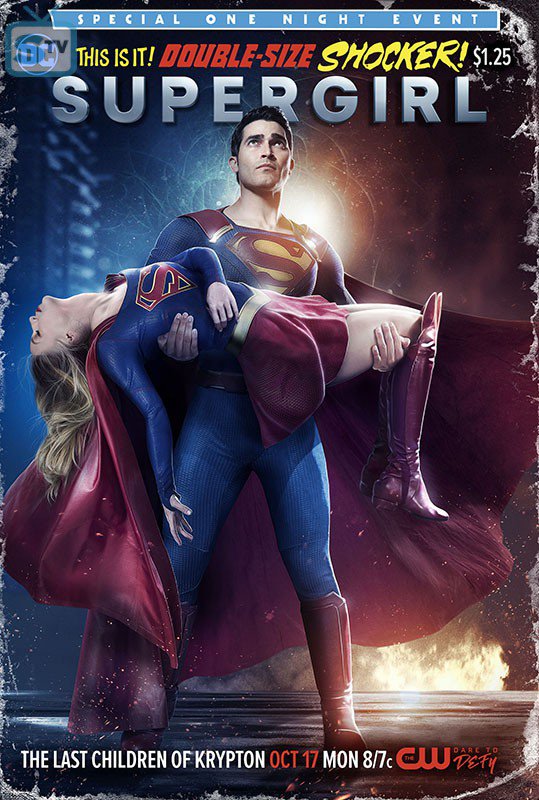 Supergirl seems poised to face off against the powerful, secret organization known as Leviathan in Season 5. In the Season 4 finale, they were revealed to be controlling Lex Luthor. Furthermore, Eve Teschmacher (Andrea Brooks) was approached by an old lady who told her: “Leviathan is everywhere. Leviathan is everyone. And Leviathan is coming.”

Will this be inspired by the current “Event Leviathan” storyline going on in the comics?  Will it tie into why Mehcad Brooks is leaving?  I guess we’ll have to wait and see.

Jeremy Jordan Will Make His Return to Supergirl in Season 5