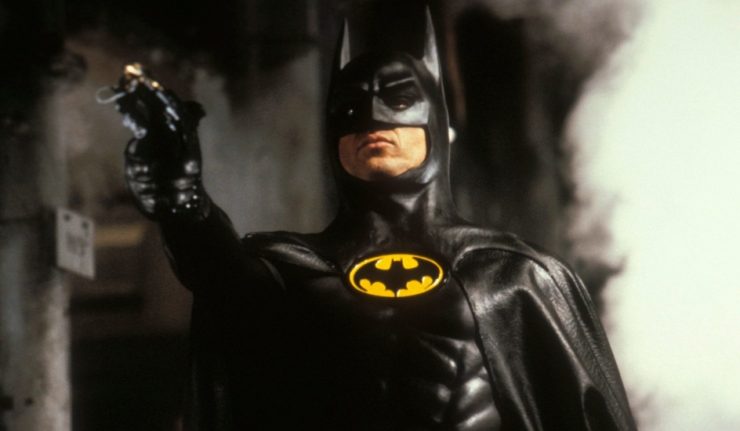 To celebrate the Dark Knight’s induction into the Comic-Con Museum Character Hall of Fame, DC Comics and AT&T are presenting a free screening of Tim Burton’s classic 1989 superhero movie, Batman. What better way to mark this milestone than a public screening of Burton’s Batman!

On the heels of Batman being inducted into the Comic-Con Museum Character Hall of Fame last night, DC and AT&T announce a surprise exclusive screening of Tim Burton’s BATMAN (1989) movie inside THE BATMAN EXPERIENCE pop-up at the Comic-Con Museum, in Balboa Park. Celebrating it’s 30th anniversary this summer, fans will have the chance to enjoy this enduring classic while immersed within the largest display of Batman memorabilia ever assembled. Pull-up a seat right next to Michael Keaton’s actual Batmobile while watching it zoom across a 22-foot high def screen. Free to all, no badge or ticket required.

Batman was directed by Tim Burton, and starred Michael Keaton as the titular hero, and Jack Nicholson as the Joker. The film was a huge critical and financial success for Warner Bros. and ignited the modern superhero movie genre.

The screening of Burton’s Batman will take place at the Batman Experience in the pop-up Comic-con museum in Balboa Park, San Diego at 7:30 p.m. The movie will be introduced by executive producer Michael Uslan. The showing is open to all members of the public, not just attendees of the San Diego Comic-Con.

Be sure to check out all our other SDCC 2019 coverage.