Following the news that Robert Richardson had been added as cinematographer, Director Matt Reeves stated that he would like to start filming on January 13, 2020 in London, England.  This wouldn’t be the only Batman film to lens in London.  Batman ’89 was also shot in London on the Pinewood studios lot.  This is a change from Christopher Nolan’s Dark Knight Trilogy that filmed principally in Chicago, IL- the Windy City standing in for Gotham.  It’s unknown whether or not Reeves will utilize a sound stage for exteriors like Pinewood, or if London itself will provide the setting for Bruce Wayne’s hometown.

Interestingly, it’s been reported elsewhere that Richardson has denied any involvement with Matt Reeves’ “The Batman.”

He told The Hollywood Reporter:

“I’m not shooting The Batman. … I have never met with Matt Reeves,” Richardson told The Hollywood Reporter during an interview Thursday for an upcoming Behind the Screen podcast about his latest film, Quentin Tarantino’s Once Upon a Time in Hollywood.

“I woke up this morning to a slew of text messages, ‘Congratulations, I didn’t know you were shooting Batman.’ I was highly perplexed,” he said. “The closest part of reality is that when Ben Affleck was going to direct, I was going to shoot. But I don’t know how that got moved into this space.”

Fans will recall that at one point, Ben Affleck who portrayed Batman/ Bruce Wayne in Batman v. Superman and Justice League was not only supposed to star in a new solo Batman film connected to the DC Cinematic Universe, but direct the film as well. 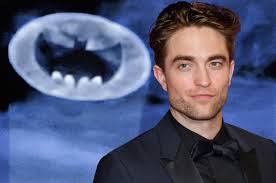 No stranger to genre films, Robert Pattinson,  best known for portraying Edward in the Twilight series and Cedric Diggory in Harry Potter and the Goblet of Fire has already been cast as Batman/Bruce Wayne.  The filmmaker is looking to select actors for the roles of Firefly, Catwoman and the Riddler.  It’s already been stated that this will be a three villain film.

“The Batman” is scheduled for a June 2021 release.